Get email updates from Leah:

An Advocate For Education Rights

At the Swat Valley school Mala was always an outspoken defender of female's rights to education, but her journey to becoming a leader began at the youn age of 11, when she spoke against the Taliban. As a result of her act of courange, she was shot by the Taliban four years later. Through this horrible event many people have come to support her and her cause and realize its importance. Many follow her because of the truths she explains on the right children have towards education. Malala has impacted children and young adults all over the world with her beliefs about education. Bede Sheppard of the Woman Rights states that Malala is a "radient example that children can be intelligent and savvy advocates for their own rights."

Malala is now a strong, fierce, couragous 16 year old avocate for enducation rights. She has created a new standard of education for children in many countries. Based on the information above Malala has shown many great qualities that have impacted the world. Many of these qualities the average person would wish to show.

Malala Yousafzai is a Leader. 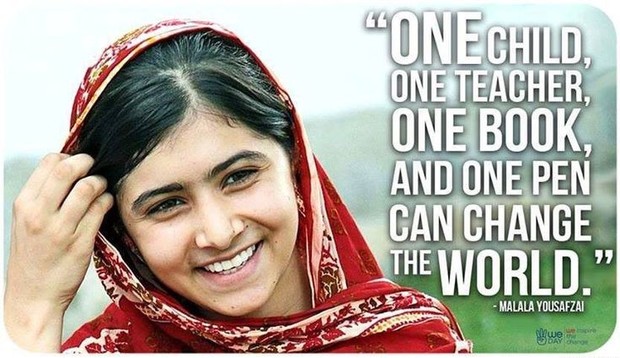