Dramatic Realism on stage this fall at Goodrich High School

Dramatic Realism on stage this fall at Goodrich High School 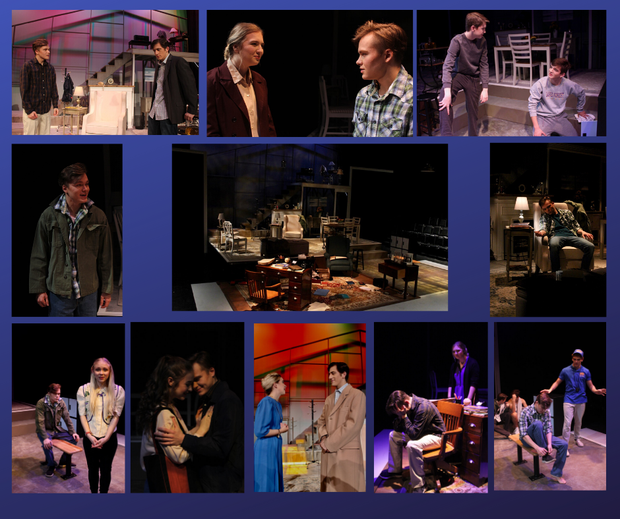 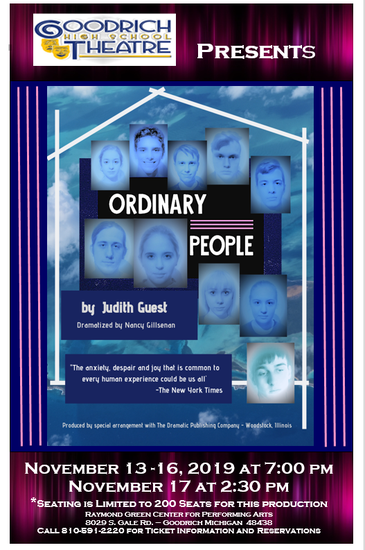 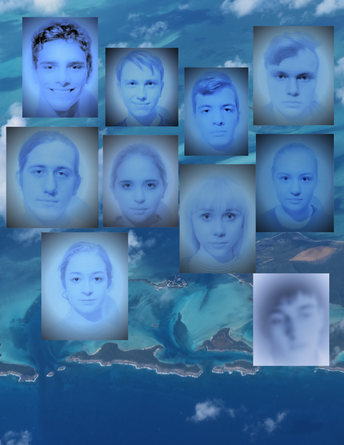 Audiences may be familiar with the novel produced later as a four-time Oscar-Winning movie in 1980 by actor-director Robert Redford. In recent years the novel and screenplay were adapted to a stage production by playwright Nancy Gilsenan.

Conrad Jarrett had an older brother named Buck, and now Buck is gone. What's left of young Conrad's family, with his successful, well-intentioned father and his beautiful, organized and remote mother, is in terrible jeopardy, as is Conrad himself. They are all "ordinary people" and each is fighting a hard battle. This play goes to the essence of a young man, his friends, and family, their relationships and survival.

A critic from The New York Times summed up, "The anxiety, despair, and joy that is common to every human experience … if Conrad and his family are ordinary people, why then so are we all." 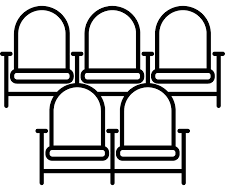 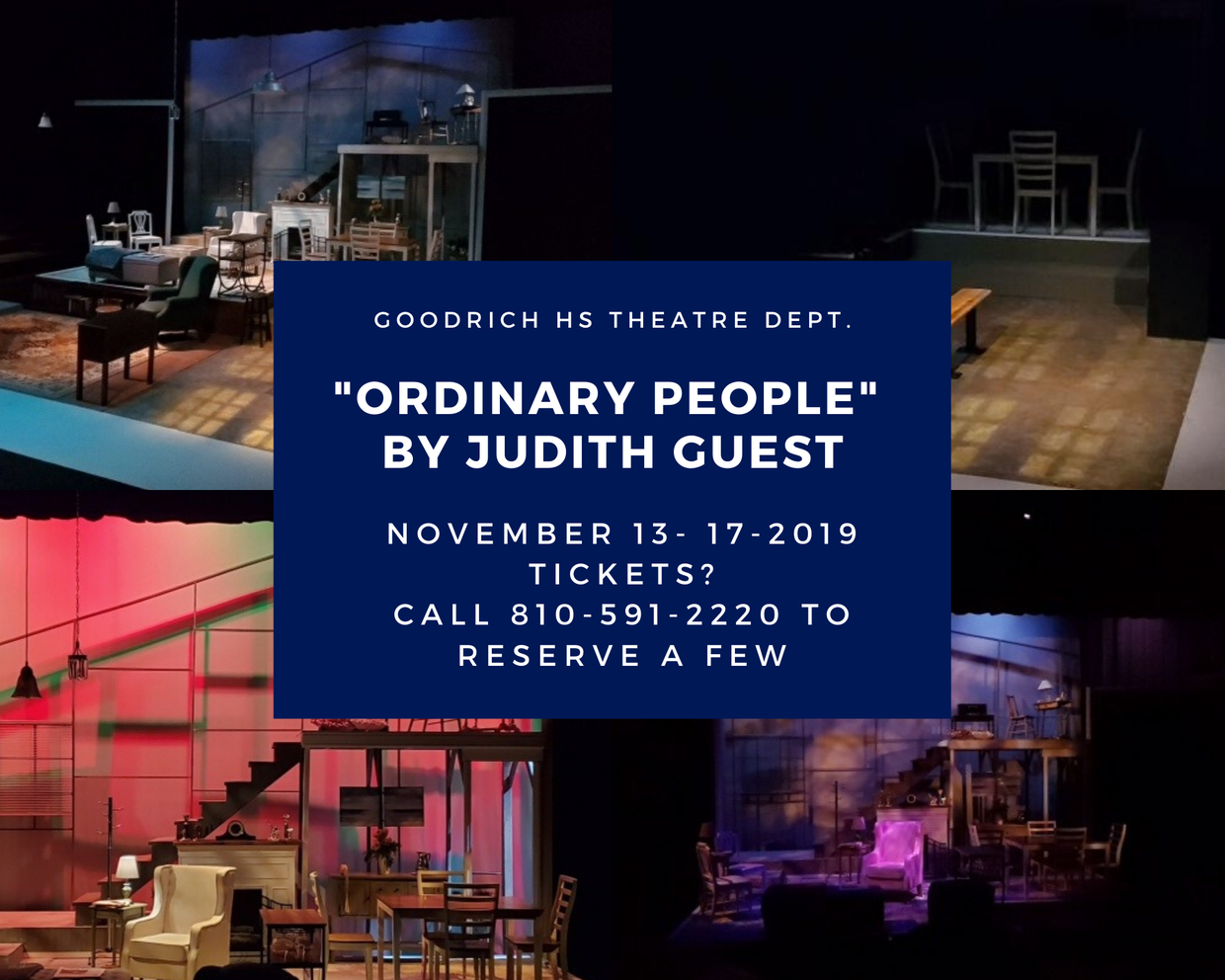 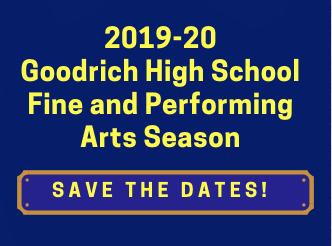 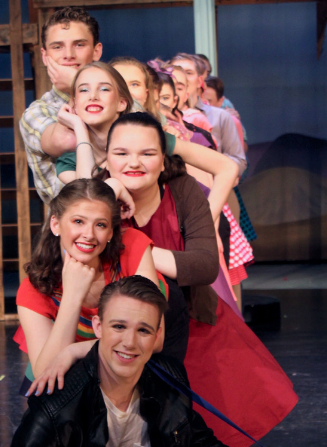 NEW THIS SEASON! How to become a Contributing Patron of Goodrich HS Theatre!

The 2019-20 season of arts are alive and active at Goodrich High School again. This year will be no ordinary season!

Since the Raymond C. Green Auditorium opened at Goodrich High School in the spring of 2002, the level of opportunities for students to perform and the community to enjoy has grown tremendously. This year and in future seasons, The Goodrich Fine Arts program is asking others to join in a new level of support to ensure the quality not only continues but grows even more!

Please consider providing valued support at any of the levels described in the first-ever, Goodrich High School Season Brochure.

Information about becoming a Contributing Patron

Extra! Extra! Read all about how the Goodrich Community and Alumni can become contributing patrons with benefits during the 2019-20 Season!! Click above for more details. 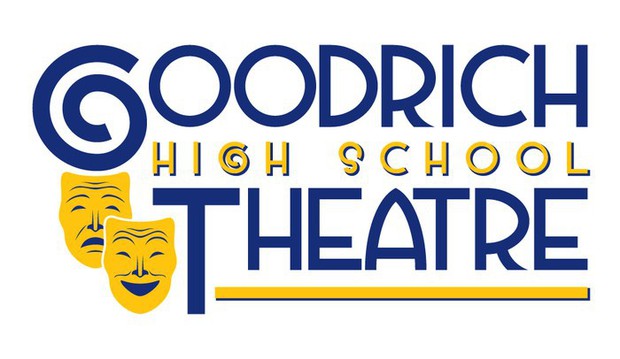