estella is using Smore newsletters to spread the word online.

Get email updates from estella:

Anniversaries So Far This Month

Authorities don't believe Qua'mere is still alive. As a matter of fact - The district attorney said “In the simplest terms, we are treating this case as a homicide,We have been for quite some time and are investigating it on an active basis.”

Right now - his case is still legally classified as an Endangered Missing. Que’mere’s mother told investigators she handed over the boy in 2007 to Davis.

When questioned by police - Damion Davis told police he gave Qua'mere Sincere Rogers to a man in Brooklyn. He said the man's name was Yusef Ben Ali and that he was from a group of United Nation of Moors and might have taken the child to Georgia with the group. The United Nuwaubian Nation of Moors has been described in news reports as a quasi-religious cult based in Georgia with about 500 members, many originally from Brooklyn.

( The FBI AND Syracuse Police Department has done a thorough investigation - The Moors are not believed to have Qua'mere. Neither does Damion Davis's mother - who lives in Brooklynn. Qua'mere's case remains unsolved. Damion Davis is in prison on charges related to Qua'mere's mother. His earliest chance for release is September 2016. If you have information about this case, please contact Syracuse Police Department @ 315-442-5222.

Larry Darnell Stackhouse, Jr. left his home in Syracuse, NY wearing a long-sleeved white T-shirt with a black shirt over it, jeans and tan Timberland boots. He hasn’t been seen since that day. Please contact your local authorities if you or anyone you know has information to share about Larry’s disappearance.Contact Syracuse Police Department @ 315-442-5234

Barbara Jean Kemp was last seen on December 5th, 1976, in the Village of Baldwinsville NY.
On December 7, 1976, her body was found on Great Bear Rd. in the Town of Volney, not far from the former Miller Brewery Plant. It had been rolled up in an undisclosed material and dumped on the shoulder of the roadway. The cause of death was attributed to multiple stab wounds. Barbara had many friends and often frequented bars in the Baldwinsville and Phoenix NY areas.

If you have any information, please call: 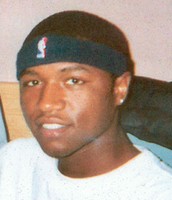 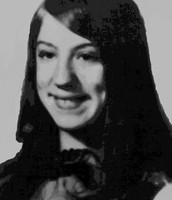 Flashback - End Of The Year Review

Paul Newman, 20, was stabbed to death on Jan. 31 outside his home at 403 Rowland St. No arrests have been made and police have not released suspect information.

Charvin Turner, 25, was shot in the chest and died May 29. Police found him after he crashed his car into a minivan at Salt Springs Road and Croly Street. No suspect information has been released. Prior to his death, he was shot August 01, 2013.

Jameel Owens, 32, was shot multiple times on June 27 in the 400 block of Garfield Avenue. No suspect information has been released.

Rayquell Jones, 19, was shot in the early morning on July 6 on the 300 block of Rich Street. Police do not have suspect information.

Trevon Anderson, 25, died July 12 after he was shot while sitting in a vehicle on Midland and West Ostrander avenues. Police believe Anderson was involved in a crash on West Brighton Avenue 20 minutes before the shooting. People got into a fight at the crash scene, which detectives believe resulted in the homicide. No suspect information has been released.

Eli Morales, 34, was attacked by a group inside his 558 Delaware St. home on July 30. He was rushed to Upstate University Hospital, where he died 30 minutes later. No suspect description was released.

Ramsi Uthman, 18, was shot at least once around 8:08 p.m. Aug. 9 on the 1100 block of South McBride Street. He was transported to Upstate University Hospital, where he died. Police have not identified any
suspects.

Marcos Carrasquillo, 23, was fatally shot on Oct. 10, in the rear parking lot at the Parkside Commons apartment complex, 203 Westmoreland Ave. No suspect information is available.

Zavion Escobar, 15, was shot and killed at 148 Hope Ave. on Oct. 14. Witnesses told police Escobar and a 17-year-old boy were sitting on the front porch of the home when occupants in a passing car opened fire. The suspects fired at a police detective before they fled to Oakwood Cemetery, prompting Syracuse University and SUNY ESF to go under lockdowns for several hours.

Kingston Ellis, 32, died after being shot Nov. 14 at 206 Hawley Ave. Police have no suspect information available.

Devante Combs was shot in the chest and abdomen around 2:38 a.m. on the 100 block of Smith Lane. He attempted to flee after the shooting in a vehicle but ended up running into a police car down the street.

** Jarvis Shields, 21, was found shot to death behind 122 W. Bissell St. on June 23. Shields' family reported him missing on June 14. ( Two people have been arrested for weapons possession, none charged with the actual homicide).

** Azhawn Harvey, 20, died July 9, five days after he was shot in the head in Thornden Park. Shaquez Collins, 16, was charged with assault and weapons charges for shooting Harvey and two others. Additional charges have not been announced.

** Shomer Brown, 2, died Aug 9, three days after his babysitter allegedly hit him, causing the toddler to fall down a flight of stairs. His babysitter, 33-year-old Ramisi Truitt, has been charged with assault. (Homicide charges have yet to be filed)

This past year I was presented to what I believed was an opportunity of a lifetime... That in the end, I did not take.

Someone once told me that you will know when you've forgiven someone when you get the opportunity to get even and don't take it. I can clearly remember thinking "Why wouldn't I take it!???"

Thankfully that was years ago and now I finally understand.

A man who sexually abused me as a child was arrested and charged with robbing a 15 year old. I had been talking with a family member who suggested that we go to trial if he ended up going. To be honest - I was overjoyed. I wanted to finally see him get the justice that I was denied. I wanted to see him pay for at least one of his crimes and I wanted him to see my face - looking at him with amusement - without being able to do anything about it. I was set on revenge.

A year passed and some personal growth occurred before I was notified that he refused the 10 year deal and was headed to trial. ( During this year I had gone through some "hurt people hurt people" exercises and made a bit of progress.)

I sat quietly in my room the night before trial was set to start, reflecting. I thought about every aspect of the relationship I had with him - all the way back to when I was just a kid. I recalled hearing about the physical assaults he had sustained in his own childhood and how he saved me from a few too. I remembered him taking me to the school social worker after I received a butt busting that I didn't deserve. I remembered him getting me out of foster care when my mother died. I remembered that I loved him - "the good part of his character". I remembered that we shared the same blood and came from the same disfunction.

I allowed my thoughts to wander for a while...

*What was I gaining by not forgiving?

A rationalization for staying stuck!

*What did I want from him?

An explanation from someone who likely doesn't even fully understand his own dysfunction!

What "justice" would I ever actually be permanently satisfied with?

(some of you may remember the article about "Temporary forgiveness Syndrome")

It was that last question that changed everything. Unforgiveness is our misguided attempt to continue to inflict punishment on someone who likely doesn't even care that we're upset.

In the end, I did not attend the trial but found out he was sentenced to 20 years in prison. I didn't get justice as a child but I am certain that a portion of that 20 year sentence is for everything he thought he got away with in the previous years. I realized that it is not my right or duty to serve justice to him or anyone else. I forgave him because I knew he was a hurt person and he had inflicted much more damage upon himself than he was ever capable of inflicting upon me. When I think of him now, I harbor no resentments or bitterness - anything he has done to me has shaped my character, increased my compassion and made me a stronger, more determined individual. I would not be me without his contribution.

Our Winner for this month is.... Jeanette Morales - Congrats! You have seven days to claim your prize and inbox your info. Feel free to submit an image once you receive your gift. We will add it to our Prize Winners Folder. Thank you for being a part of Unsolved Syracuse.

Holidays are coming too soon but you still have time to do something positive while you shop.

From now until December 20, 2015 - On Mondays and Thursdays we will post an item from the fundraising site in a special album that will show on our timeline. We encourage you to have a look.

You can also have a look by going to: http://www.efundraising.com/unsolvedsyracuse1#.VXcjZs-qqko

anytime. Thank you for all your support.

Announcements that are repeated every month...

From now on - once a month one member will be chosen to receive a free gift. Screen names will go into a bucket and once a month - one name will be drawn. The winner's name will appear in the next month's newsletter. You will then have 7 days to claim your prize. Comments, shares and general participation will get your name automatically entered, you don't need to do anything to enter that you don't already do. If you'd like - when you receive your gift - PLEASE send a pic and we'll post it in a new album "contest winners". No one individual will win three months in a row

As always, any help is always appreciated and help for Unsolved Syracuse To continue to make an impact within our community.

There is a bunch of stuff you can purchase and it also helps to benefit Unsolved Syracuse as well.

As always - we ask anyone with information to contact SPD or send in a tip. Remember - ( Our apologies for repeats)
#1) There is a text line you can use for tips only
#2) If you feel safe contacting SPD instead, please do so
#3) We protect all tips and tipsters - no one will ever find out who said anything - 100% guaranteed.
#4) We forward all tips to Police Officials on your behalf
#5) There is a full article which covers all the basics about UnsolvedSyracuse & it's Anonymity Truce - you can view it simply by going to the notes tab.
#6) You can contact us at anytime - about anything. We are here for you. Do not hesitate to contact us, we are people too! We care about each of you - as individuals and equals. You are the reason we are here.
Namaste'

#9) Our text line is the same number as our phone line.

#10) I can not tell anyone anything you tell me - unless you give me permission to do so. 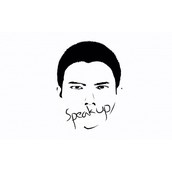 estella is using Smore newsletters to spread the word online.