And it’s off. Traffic, packed parking lots, long lines, and empty shelves. The holidays are only weeks away, and the shopping started even earlier than in past years. Black Friday shoppers lined up in front of their favorite stores for days before Thanksgiving, waiting for big deals and cheap buys. Many people waited for hours in lines to check out and get in the store. All the kids are writing their wish lists and parents are now resorting to online shopping to get their shopping done! Catharine Anderson a mom of 3 girls says, “I like to do my shopping online because I don’t have to go into the crowded stores and wait in lines.” Toys, clothes, electronics, pets and everything in between is making first cuts for the best present, and people are hoping not to only find socks in their socks over the fireplace!

Christmas tree lots are being put up all over town including, one on Midlothian Turnpike, one in the Chesterfield Towne Center parking lot, and one behind GoodWill. More and more cars are being seen with trees tied to the top, as people are buying Christmas trees and spending movie night with eggnog while decorating the tree. In the grocery stores, there is also a holiday impact! Christmas lights are disappearing off the shelves, and the best ornaments are being raced to the check out line. Eggnog, hot chocolate, candy canes and supplies for holiday parties are being bought. Join all the holiday shoppers today, and find the best present for your loved one today.

By: Claire Anderson and Rebekah Adams

Every year Mrs.Henderson, the Latin teacher, takes Latin club members to Latin convention. This year we had thirty-eight students from Midlo go and over two thousand students from around Virginia went. The students who go get to participate in lots of fun activities. Ryan Gaeth, a seventh grader who went to Latin convention, said he really enjoyed the talent show. Students can participate in certamen, impromptu art, the talent show, and much more. Every time we go Mrs.Henderson submits all the publicising we do around the school and this year we took home first for publicity. If you are a Latin student and are interested in going next year talk to Mrs.Henderson about the requirements.

Midlothian Middle School has just announced the title of its annual school musical. The musical chosen this year is Aladdin Jr. Mrs. Bernard, the drama teacher, has teamed up with the chorus teacher, Mrs. Zinski, and english teacher Mrs.James, to recreate this classic performance. While Mrs. Bernard is handling the acting, Mrs. Zinski will be coaching the singing part of the play. Mrs. James will be choreographing the entire performance. We are thankful for these teachers using their time to perfect this stellar musical! Auditions for this classic Musical will be held in February, determining our Aladdin cast. We wish luck to all participants; it will be Magical!

It’s the chance of a lifetime! This spring, Mrs. Bernard (Drama), Ms. James (CBG English), and Ms. Parker-Zinski (Chorus) are taking some very lucky students to see Aladdin the Musical on Broadway! By bus, they’re going to New York to watch the show and hopefully meet some of the actors and do some workshops with them. The musical is based off of Disney’s very own animated movie Aladdin, that has some of its own fun-filled song and dance numbers. The trip is perfect timing, seeing as Midlo’s very own Spring musical is Aladdin, so the students who plan on going will be able to get a feel for what they themselves may end be able to perform. Don’t worry if you’ve missed your chance to sign up for the trip because in 2014 the production will be touring the country.

By: Abbey Millar and Lauren Hagemeister

Everyone is excited for the upcoming Boy’s Basketball season. On Tuesday, December 3rd the Midlo Boys played a great game to the last minute, but had a heartbreaking loss to Matoaca. The following Thursday (the Mustang’s first home game) they bounced back from that tough loss and beat Carver. 8th grader Andrew Porter said about predictions for the rest of the season, “I think we will do well but I think we need to keep working hard.” The Mustangs hope to keep winning as they continue their games next week.

What Are 7th Graders doing this Winter Break? 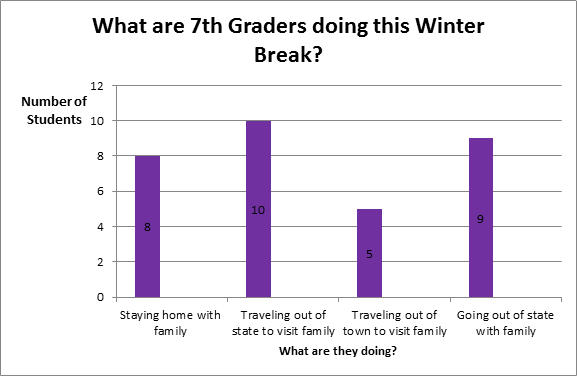