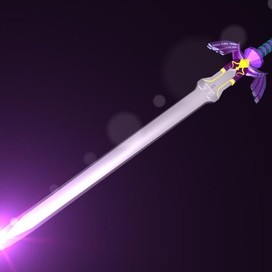 elijah is using Smore newsletters to spread the word online.

Get email updates from elijah:

Wolfgang Amadeus Mozart was born January 27, 1756. Wolfgang's dad Papa Leopold Mozart was very strict after he came home from work, he gave Wolfgang and his sister,

Nannerl Mozart music lessons. Six children came before Wolfgang but because of lack of medicine Wolfgang and Nannerl were the only ones who lived past one years of age. In

1763 Wolfgang and his sister Nannerl performed in Germany, Belgium, France and England. This was also the year that the artist Lorenzoni painted their paintings. 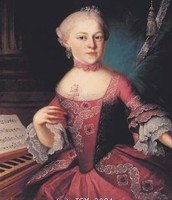 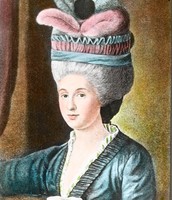 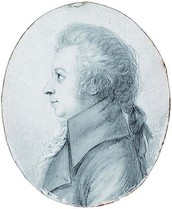 In 1778 Wolfgang's mom died. Back in Salzburg, Wolfgang became a court organist and concertmaster. He was bored. He continued to work on his music and produced six hundred pieces. He also continued to perform for others.

In 1780 he was asked to compose a piece for an Italian opera for the court in Munich, Germany. Wolfgang loved opera and he was excited to write one.

Wolfgang fell in love with Aloysa Weber but he marred her sister Constaze Weber. Wolfgang's son Karl was born in 1784 and seven years later his son Xavier was born. On December 4, 1791 he asked his friends to join him at his side. On December 5th, Mozart died. He was only 35. Mozart had 41 symphonies, 27 piano concertos, 5 violin concertos, 27 concert arias, 23 string quartets, 18 masses and 22 operas.

and the artist Lorenzoni painted their paintings

December 5, 1791 Mozart died because he was sick

Mozart biography with pictures and music 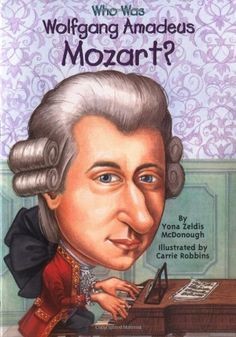 elijah is using Smore newsletters to spread the word online.