Grittiest poet ever? Definitely more so than yours.

Grittiest poet ever? Definitely more so than yours.

Charles Bukowski was and still is considered one of the best at "Dirty Realism". That form of writing had little need for morals, squimishness, shyness, and gentleness. He was also a person who thought individualism was the most important thing though he also had a fascination with his death. Often forming some of his poems around the idea. Charles was born in 1920; In Adernach, Germany. Three years later though, the family moved to Los Angeles where Charles attended school. When Charles was still in Junior high he wrote his first novel. It was also a little bit around this time that Charles began going to a library. Shortly after graduating from high school his dad Discovered his writing and found it so gritty? Disgusting? Whatever he thought it was bad enough to throw the freshly graduated Charles out of the house. He found an apartment and was financially covered by his mom. Shortly after this he dropped out of college, left home to strike out on his own, and moved from city to city. While doing this he wrote a lot of books. It wasn't until later in the 70's that he began to get recognition. He some how through all of the time he was moving around and going through set backs and mid life crisis made it as a writer. Unfortunately for him though all those years of living a hard fought life. Or a life fast die fast kind of life catches up to him. He winds up having several types of cancers in his final years and finally succumbs in 1994. Charles life a hard life with hard liquor and hard smokes. And the writing he wrote also carried that same edge with it.

So you want to be a writer

This poem is more of an advice from Charles to you on how to be ones own individual i the writing world. He goes on to say what shows that you aren't a writer. It is more of a guideline to you that if you want to write then you will need to be patient and have a creative fire that sets you apart from everyone. It also tells you that if you are having any trouble with any of these then maybe you should pursue other interests. The mood conveyed in this is one of an adult. It kind of reminds me of a teacher to a student. The imagery is pretty limited and can almost be said to be non existant.

This Kind of Fire

In this poem the narrator, who appears to be Charles himself, is describing his situation to the gods and how they keep throwing him into the fire pit. Just for their enjoyment as well as making him go to lectures and other menial things that the Narrator would probably much rather avoid doing if possible. At the same time he can see why they do it for entertainment in the event that they have grown bored of everyone else. Charles appears to do these things too because of how boring everyone else is. Though the types of fire can vary as when his cigarette lighter runs out he just thinks why the gods can't give him this fire instead? The mood is kind of a weird one. It makes you question why some things happen to you or if you are sometimes just being used as a pawn in the gods game of chess. the imagery makes you think of a bigger picture or maybe a bored of chess. It also makes you think of fire. One unique thing about this poem is that I he wrote it when he was first diagnosed with cancer.

In this poem it is about the same guy from The Suicide Kid. Though the man in this poem is more mellow and less obsessed with death he still is flirting with danger and the unknown in hopes that he will meet his death. Though again with a sense of irony the only thing that appears to be following him is his cat. The poem has a weird eerie sense to it as well as a sad feeling and a feeling of being alone. The imagery in this poem is of darkness and whats in the darkness as well as something stalking you. 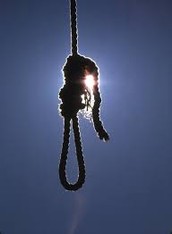 This poem is about a man who no longer wants to be alive. He then tries to go and kill himself by drinking his life away. He goes to the worst of bars where he waits for his death to come. But unfortunately it isn't like he imagined and instead he is offered free drinks and no one to help him die. Its Ironic in the sense that he goes to the bar to die but now is a regular and people actually help him by giving him free drinks while also not helping him by not killing him themselves. The Narrator finally learns that wanting death to come for you when you want is not the case. If you try to force your death upon you faster sometimes you will only wind up wasting your whole life before death decides to finally come for you. There is some dark imagery used throughout the poem that conveys the sense of death and despair as well as lonliness and sadness. 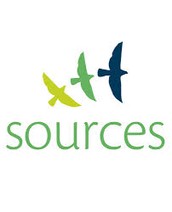 Follow Mason Poulsen
Contact Mason Poulsen
Embed code is for website/blog and not email. To embed your newsletter in a Mass Notification System, click HERE to see how or reach out to support@smore.com