Kerri is using Smore newsletters to spread the word online.

Get email updates from Kerri:

Rules and Regulations of

Rules and Regulations of

•They must not play the ball with the back of the stick.

•Field players must not stop, kick, propel, pick up, throw or carry the ball with any part of their body.

•No player is allowed to obstruct an opponent who is attempting to play the ball.

For each hockey match, you would need: 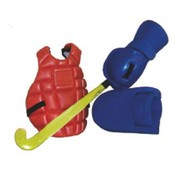 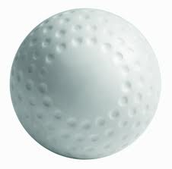 The playing surface must continue (to create “run-off” areas) for a minimum of: 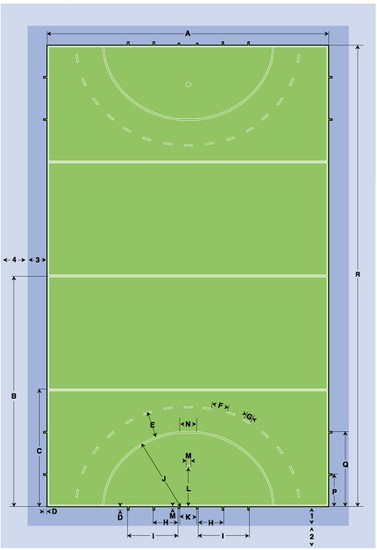 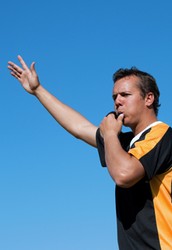 The umpires will also use signals to show what decisions they are making during a match. There are various signals and both the umpires and players must be aware of these for their own benefit during the matches.

Ball Out of Play

When the ball passes over a side line or back line, the umpire should blow his whistle and give a signal to state that the ball is out of play. He will then state which teams ball it is (the team that wasn't last to touch the ball) and they will then take a free pass from where the ball went out.

When contact between two opposing players is made, the umpire will have to watch carefully and make a quick decision. If player that made the contact takes the ball away from the other player, a free pass should be given. This is because they broke the rules to gain the ball.

However if the player that already had the ball, was contacted and kept the ball, then the umpire would just play advantage because it hasn't affected the game and so nothing needs to be done.

If the contact with the same person gets out of hand then the umpire would give various warnings to that player and if they didn't stop, they would be sent off the field and various other things such as a ban from other games may happen depending on the type of league they are in or game they are playing.

Players on the field must hold their stick and not use it in a dangerous way. This means not using it or letting it go above chest height. If a player does this they will be given a warning by the umpire to let them know to keep it below that height as it could be dangerous to other players around them.

Kerri is using Smore newsletters to spread the word online.