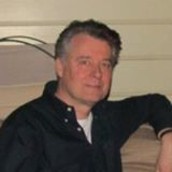 I would like to thank all who have provided information to be placed in the newsletter. The only way we are able to have the newsletter we all desire is through sharing. Please keep your brags, photos, and club related information coming. Please feel free to share any suggestions you might have with me at Fitchpatrick@Earthlink.net. 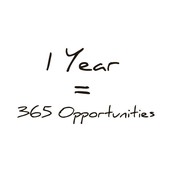 Recipe of the Month

If your dog loves to chase ice cubes around the kitchen, then he’ll love these frozen treats. They’re made from human grade ingredients and include fruit juice and carrots, which give your pup an added vitamin boost. Yogurt has calcium and protein, and can help your dog digest food.

Note that this recipe calls for non-fat yogurt, which is a much healthier alternative to other types of yogurt, especially if your dog is overweight.

Tip: Use hard plastic trays instead of the softer rubber ones to make the treats. The treats are easier to remove from a hard tray.

Whelping - Proper use of Oxytocin versus Calcium

Most vets want to base the oxy dose on weight (which is never done with humans; it is not weight regulated) then that 0.1 ccs per 10 pounds of body weight turns into 2 ccs for a 200 pound Mastiff. When you take into account that it would only take about 0.3-0.4 ccs (mixed one cc per 1000 liters of IV fluids, run through an IVAC pump) dripped over 24 hours or so to get from induction to delivery on a 200 pound woman!

I still think that it is used much too generously in vet medicine and it is generally given as a bolus injection. And, the worst part is that it is not uniformly dosed. We all follow the exact same protocol for the administration of oxytocin, but vets do not. A clumber breeder's vet gave her prefilled syringes with 1 cc of oxy in each. She used four of them. Five of her nine puppies were born dead, a very predictable outcome. The other thing that bothers me about using it in the canine is that it is simply never....and I do mean never....used on a human unless she is being monitored and I don't mean listening to the fetal heart tones with a doppler. Monitoring means nothing unless you use both uterine monitoring and fetal heart monitoring because the only component of fetal monitoring that is diagnostic is what the fetal heart (actually the brain as I'm sure you know) does during and immediately after a contraction. It is the correlation between the contraction and the fetal heart rate that is diagnostic for fetal distress and there is no substitute. I still firmly believe that oxytocin has no place in home use. As a clean out shot, perhaps if there are definitely no puppies left to kill, but used to change the quality or quantity of the contractions...Never.

I found this article about the damaging effects of Oxytocin, a drug routinely used in hospital labor/delivery departments by obstetricians for inductions and augmentation of labor. It was so well researched that I felt it must be shared with dog breeders everywhere. It covers the use of oxytocin and its many dangerous side effects. Oxytocin is specifically only approved by the FDA when medically indicated. This means that there must be a medical reason why the baby must be delivered right now rather than letting mom go into labor on her own. It is not safe to use for elective inductions according to the FDA. Most of the information here was taken from the article but changed into canine terms because it was originally an article about human use of Oxytocin. The same principles apply. Here is the link to the entire article:

Oxytocin crosses the placenta and enters the blood and brain of the fetus within seconds or minutes. There appears to be a correlation between fetal exposure to oxytocin and autism in the exposed offspring. The manufacturer of oxytocin warns the provider in the package insert:

Maternal deaths due to hypertensive episodes, subarachnoid hemorrhage, rupture of the uterus, fetal deaths and permanent brain damage of the baby due to various causes have been reported to be associated with the use of oxytocin for induction of labor or for augmentation of labor. Because oxytocin is used so commonly to stimulate and augment labor it is important that each dog breeder who uses it has a full understanding of its potential dangers:

Fetal and Newborn Effects of Oxytocin Use

The following adverse effects of maternally administered oxytocin have been reported in the baby:

Uterine stimulants which shorten the oxygen-replenishing intervals between contractions, by making the contractions too long, too strong, or too close together, increase the likelihood that fetal brain cells will die. The situation is analogous to holding an infant under the surface of the water, allowing the infant to come to the surface to gasp for air, but not to breathe. All of these effects increase the possibility of neurologic insult to the fetus. No one really knows how often these adverse effects occur, because there is no law or regulation in any country which requires the doctor to report an adverse drug reaction to the FDA.

The entire birth experience in the canine world has seemingly lost contact with the importance of the natural rhythms of birth and how vitally they are connected to the natural daily rhythms of life. Being born without medical interference and drugs gives all mammals an important imprint for life. Navigating through birth, both drug and intervention free, provides young of the species with these important imprints; birth is a very important transition that sets babies of all species up for life. In a normal, natural labor the contractions build, increasing in intensity, they go up and peak, and then they come down the other side. There is a natural space in between each contraction in which both mom and baby can rest and gather their strength for the next wave. When oxytocin is administered this natural cycle is lost, and contractions are unrelenting, one after the other, with no rest. This is what makes it both more painful for the birthing mom and traumatic for her babies. Please consider an oxytocin free birth experience for your bitches. You won’t be sorry you did.

Calcium given prior to whelping can fool the parathyroid gland into not doing its job, which is to release the bodies calcium during whelping. Many people put their bitch on puppy food or use a food with a high calcium-phosphorus ratio and they are simply not aware of the impact. Or they supplement or unintentionally feed extra calcium rich foods. Know what your food calcium-phoshorus ratio is, the closer to 1:1 the better, check it out here http://starsenchihuahuas.com/information.html

Calcium during whelping - Proper use of calcium during whelping allows the body to work with itself to maximize contractions without putting the puppy at risk. Calcium works with the calcium released by the parathyroid to increase contractions without premature placental detatchment. You can use OralCal Plus, Tums, Citrical Tablets, or other calcium supplements that you purchase for human consumption.

I have also had good success with getting calcium into my girls by offering them Premium vanilla ice cream, yogurt, cottage cheese, or Mother's Pudding (see recipe elsewhere in Files). The advantage of using both ice cream and Mother's Pudding is that it also gives the bitch extra glucose (energy) to feed the muscles during contraction. If I cannot get glucose into them that way then I syringe a sugar/pedialyte mixture after each calcium dose. The calcium and the glucose work together to help the body efficiently go through labor and whelping, maximizing muscle contractions for efficient productive pushing.

Additionally you can help stimulate whelping by having nipple stimulation with puppies nursing, walking, and vaginal feathering all work to help the bitch in safe and efficient ways.

News from the board

The board is working on a wonderful program to be held at the home of our president, Paula Ayers. We will be having a hands on structure seminar by David Frederick. As soon as the seminar date has been finalized the information will be shared. This will be an important learning experience for all of us. 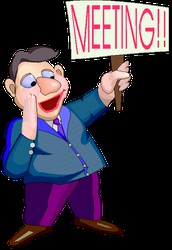 Our next meeting will be Tuesday,September 5 at 7:30pm. Social hour at 7pm. There will be no September Board meeting.

Everyone will want to be at the September meeting. We will have the first in a series of programs. The September program will be 'Maximizing Conception in the Bitch', by Dr. Robert V Hutchinson. The video program will be followed up soon by 'Whelping and Neonatal Survival'.

There are many benefits of CKCSCGA membership. The social interaction with fellow members, networking, and educational experiences are just a few of the important benefits. We will have a series of programs beginning at the September meeting, starting with 'Maximizing Conception in the Bitch' followed by 'Whelping and Neonatal Survival', by Robert V Hutchinson. We will also be having a hands on structure seminar by David Frederick, held at the home of president Paula Ayers. Once the exact date is confirmed the information will be forthcoming. Please plan on attending these wonderful educational opportunities. Your board is working hard to provide exciting and informative programs. Please feel free to share any program ideas you have. You can share your ideas with any board member or send them to the newsletter editor at Fitchpatrick@Earthlink.net. 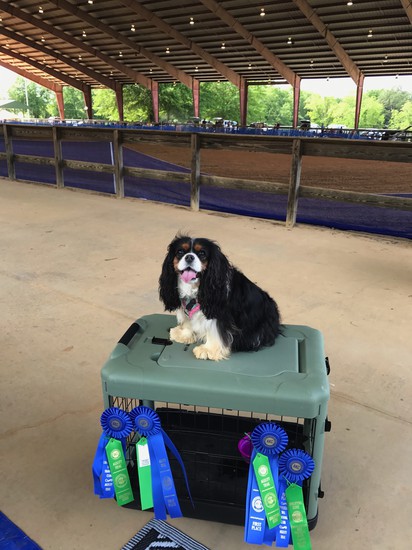 Do you know a club member who needs some sunshine? Please contact Maureen Miles and she will send a card on behalf of membership to brighten that person's day! Maureen can be contacted at 770-460-9197 or maureenvmiles@gmail.com

The newsletter is only as good as the information shared with the editor. Please be generous with the sharing of your brags and any additional information you would like to see in the newsletter. That information can be sent to me at Fitchpatrick@Earthlink.net.