Why Do I Have to Learn a Language?

What Do You Expect Me to Do/Learn?

Why Do I Have to Learn a Language?

What Do You Expect Me to Do/Learn?

10. Learning Spanish is necessary to keep pace with popular culture.


8. For many, learning Spanish is rapidly becoming a business necessity.


4. Knowing how to speak Spanish will enable you to help others.


3. There are reasons to learn language for language's sake.

“Knowing how, when, and why to say what to whom” 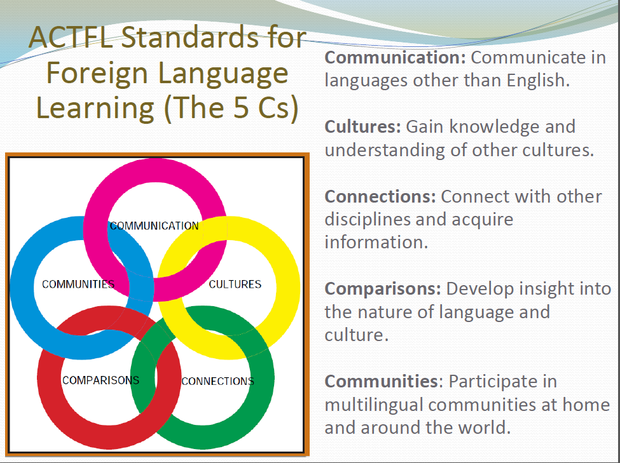 You learn from your mistakes. I only want to see your final answer. (You'll need to erase what you don't want me to see.)

You will need about 20 - 30 sheets of paper. Have an old notebook or composition paper? Shove some into your pocket folder and you'll be prepared for class!

Do we have HOMEWORK?

Homework for the trimester classes is never assigned; however, if you do not finish that which is assigned during class, YOU have homework. It is due the next class.

Want to Improve Your Grade?

Classwork:
If originally handed in on time, you only need to redo your corrections!
On a separate piece of paper:
Attach on top of the original graded paper.

Quizzes:
Retakes are before or after school. Just coordinate with the teacher, let me know you're coming!

Follow Diane Pius
Contact Diane Pius
Embed code is for website/blog and not email. To embed your newsletter in a Mass Notification System, click HERE to see how or reach out to support@smore.com
close