mad/maya is using Smore newsletters to spread the word online.

Get email updates from mad/maya:

Followers of the religion Christianity are called Christians ,they believe in one God the God of Abraham.They believe in praying to the one God .They also believe in the Holy Trinity which is known as the father, son, and the holy spirit. Christians practice communions which is the sharing of the bread and wine to remember the last supper. When your little you also get Baptized this is called Baptism this is your introduction into Christianity. Christians worship in a church, Christian worship leaders are called pastors, priest, ministers, preachers, fathers, or reverends This varies on what type of christian you are. The Holy book that Christians refer to is called the Holy Bible, it contains two parts the old testament and new testament. Christians worship and have service on Sundays at a church. some Christian holidays are Christmas which celebrates Jesus' birth on which is on December 25th. On Easter Christians celebrate Jesus' death and resurrection. The Holy cities of Christians are Jerusalem which is the site of Jesus's crucifixion, and Bethlehem which is the birth place/city of Jesus. All three religion believe in the same God, the God of Abraham, they also only believe that there is one God, this is called monotheism. 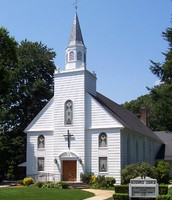 This is a Church, this is a Christians place of worship.

A christian worship leader can be called a preacher, minister, priest, pastor, Father, or Reverend. In this picture he is a priest. 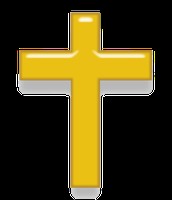 The christian symbol is a cross.

A Communion is tradition for a Christian, this is a sharing of bread and wine to represent The Last Supper. 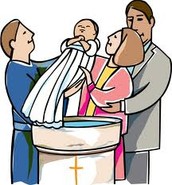 Baptism is another tradition for a Christian, this is your introduction into Christianity. 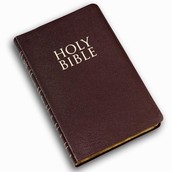 The Holy Book for Christians is called the Holy Bible.

A Holy city for Christians is Jerusalem, this where Jesus was crucifixion.

Another Holy city for Christians is Bethlehem, this is where Jesus was born.

Our God for Christians, Muslims, and Jews is the God of Abraham.

mad/maya is using Smore newsletters to spread the word online.