Get email updates from Pearl Harbor:

By: Sararose, Arthur, and Julia

By: Sararose, Arthur, and Julia

Doris Miller was an African American, third class Marine. In the attack of Pearl harbor he saved many lives by caring for the injured and dragged them out of the sinking ships. Doris Miller was not born a hero. He became a hero due to the circumstances of his life and situations in it. Doris Miller was born on October 12th, 1919 in Waco, TX. He was on the USS West Virginia, but was temporarily moved to the USS Nevada During the attack. He was doing his job, which was collecting laundry, when the alarm went off. When he saw many injured soldiers he carried them to safety and saved dozens of lives. He then started fighting for his country and killed many Japanese. He was then honored with many medals including the purple heart and Navy Cross, two of the most honorable medals in the military.Two years later he was on a ship that was also attacked by the Japanese, it sank with him in it. He was lost for a year before he was presumed dead on November 25th, 1944 but most likely died on the day of the attack, November 24th, 1943. He received the biggest on you can get after this. A ship was named after him the USS Miller

These planes had a red circle as symbol (red sun), to represent the Japanese(or Japs as many called them in the United States) flag. Although the Japanese attacked the Japs o only lost 29 planes which had six carriers. During the attack the planes were spread out and not bunched together. This helped them launch the attack with few casualties. They flew so close to the ships and people the seamen could see them drop the bombs. 183 planes in the first wave, but in the second wave more ships would fall. One of the planes destroyed was The ‘Zero’ which was destroyed by crashing into a fort near Pearl Harbor, only after bombing the US navy ships.

The pacific fleet was at sea when the attack on Pearl Harbor happened. The Arizona, sister ship of the USS Oklahoma, blew up. This was devastating news, as these two ships were the navel marvels at the time.The USS Nevada had been in WWI was proclaimed the greatest battleship. At PEarl HArbor the USS Nevada shot down four of the 29 planes, and it survived after maneuvering around the planes. After the attack there were 169 casualties from the boat.

During the attack on Pearl Harbor, 1,177 crewmen died, and even more were injured. Although a few of these seamen managed to go to the mainland and were able to swim ashore to the mainland away from the destruction at the harbor. After all of these injuries many sea men were put on medical duty, but they were not doctors. On a few of the boats African American men fought even though they were not supposed to. They fought even though they were discriminated against by seeing little battle time and being put into separate units with different generals and different jobs. Many of the seamen that were at the scene of Pearl Harbor had to change into anything they could because their clothes were soaked in oil, and oil is deadly when there is an overexposure.

Out of all of the bombs during this time, the one that the Japanese chose to use was the torpedo. These torpedoes could put holes into the ships which would cause them to sink. The torpedoes were painted with yellow and red stripes, which would be the last colors the sailors would see. There were many different kinds of planes used during the time of this mission, so there were many different kinds of torpedoes that were bigger or smaller based on the size and shape of the Japanese plane.

The pots and pans represent the African Americans in the Navy. African Americans has often joined the army. In this war, though, they had begun to have enough. They noticed that they were separated by race, and discriminated by being thought of as 'lesser' soldiers. This caused a movement to spark among these soldiers fighting for our country. This 'spark' is now known as the Civil Rights Movement. The men that fought in the military had 'lesser' jobs in the navy and were in separate units. At Pearl Harbor there was a unit of African Americans, African Americans who were saved by Doris Miller.

African Americans in the Navy by PearlHarborAttack

Doris Miller was born in Waco, Texas October 12th, 1919. He soon joined the Navy and he had trained and trained but only got to mess attendant, third class. This disappointing him and he was eager to show his strengths. He was at Pearl harbor and was on the USS West Virginia, but was temporarily moved to the USS Nevada During the attack. He was doing his job like any other day, collecting laundry. But then, the alarm went off. He showed his strength and his compassion for others by carrying injured men to safety and saved many lives. As soon as he had helped the injured, Doris went to fight for his country. He shot and killed many Japanese with a machine gun until it ran out of ammunition. He was also on the USS Indianapolis a year later and while cruising a Japanese submarine shot a torpedo at their ship. Doris was obviously awarded, but he was given a Purple Heart AND a Navy Cross, two of the biggest honors in the Navy. He was lost at sea for year and he was then presumed dead on November 25, 1944 but most likely died on the day of the attack on November 24, 1943. His bravery earned him a huge honor, a ship named after him, The USS Miller

The radio represent the citizens that found out on the radio. They did not find out until Sunday afternoon when President roosevelt told them on the radio.Most people

were listening to a football game or

at the movies when they heard of the devastating news. After the declaration of such a tragedy the p

eople rushed out of their homes/ the movies/ etc. to enlist and support the war. C

itizens supported joined the war after the attack since it was so close to home.

The U.S. planes were lined up close to prevent sabotage when attack happened. That caused the planes to be destroyed easily. The ‘Zero’ (Japanese Planes)was destroyed by crashing into a fort near Pearl HArbor after bombing the US Navy ships. Japanese only lost 29. The Japanese had very little losses compared to the U.S. in plane and other damages. 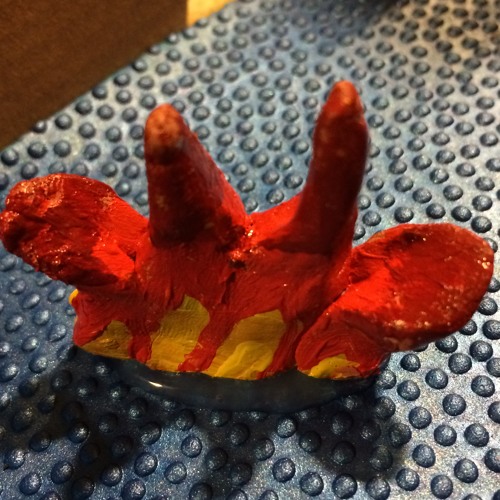 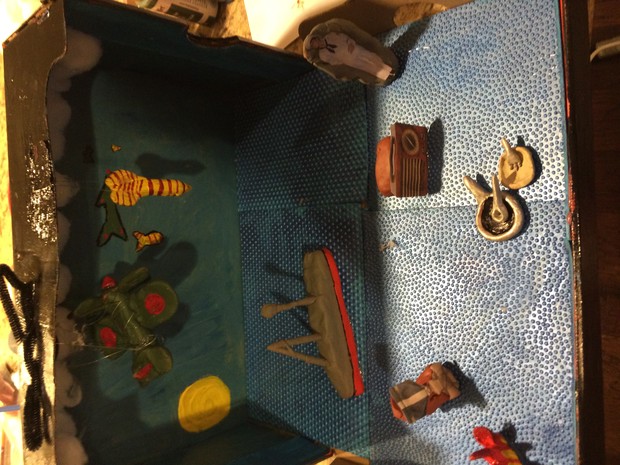