Get email updates from bella:

Autopsy of an Empire

Wouldn't it be knife if the roman republic survived?

Autopsy of an Empire

Wouldn't it be knife if the roman republic survived?

A woman was found dead in Rome recently, under suspicious circumstances. The victim was a female from the Roman Republic named Romona Republic from middle wealth and stature. The victim was wearing a traditional Roman toga and had a tattoo on the left forearm.

The Details you're DYING to Hear

The body was found in the capital city Rome. The autopsy has determined the main cause of death was the stab wound and infection (see more below). The body was discovered in a field in Rome where it had been left for a few days. The victim was found lying down with a knife in the side and a ripped toga, exposing a broken leg and multiple wounds on the body. 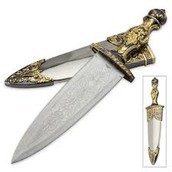 The victim's cause of death is a fatal stab to the side, along with multiple other wounds found on the body including a broken leg and injuries to the head and forearms. There was evidence of foul play; the victim's body was trampled by horses ante mortem causing a head wound and forearm wounds.