Under a feminist criticism lens, The Great Gatsby is harmful in the way it portrays women. The relationship between men and women in this text is portrayed as women being weaker and dependent on men through the character Daisy.

One of the biggest events within this book is the argument Tom and Gatsby share over Tom’s wife Daisy. Gatsby makes a claim that Daisy doesn’t love Tom anymore and is going to leave Tom. Tom completely disagrees with him and even goes as far to state, “‘She does though. The trouble is that sometimes she gets foolish ideas in her head and doesn’t know what she’s doing.’” (page 131) Tom is referring to Daisy in her actions as if she’s a child and can’t comprehend what she’s doing. She is a grown woman and all it shows is how the men and this story really view the women.

Daisy's character as a whole played into the “women are weak” trope. Her husband Nick was constantly cheating on her and undermining her, however, she still was so hesitant to leave him. On page 164 of the book it’s explained that Tom and Daisy left town not mentioning where’d they would be or when they’d return. Daisy let Gatsby take the fall for her and skip town with Tom after she murdered Myrtle. It wasn’t noble of Gatsby at all. Daisy is a grown woman and she used to own up to her crime.

Daisy was the main woman talked about in the story. The character Daisy made it seem like women are just incapable of taking care of themselves or speaking up for themselves. 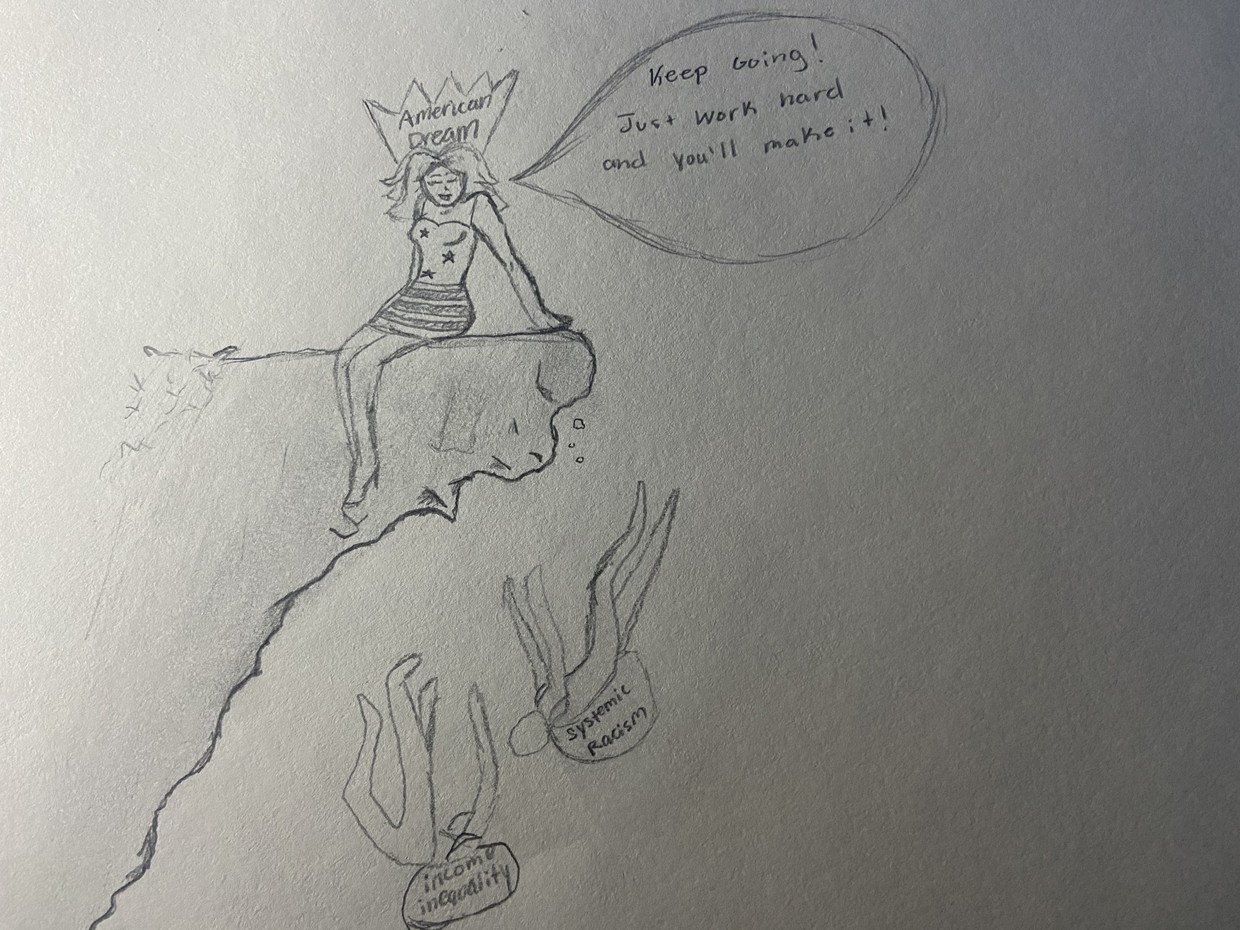 I've created a political cartoon to address the myth of meritocracy in America. There are things that hold people back from fair chances to achieving the "American dream". People try to reach it but are usually held back by things like systemic racism (an example I provided in the cartoon.) 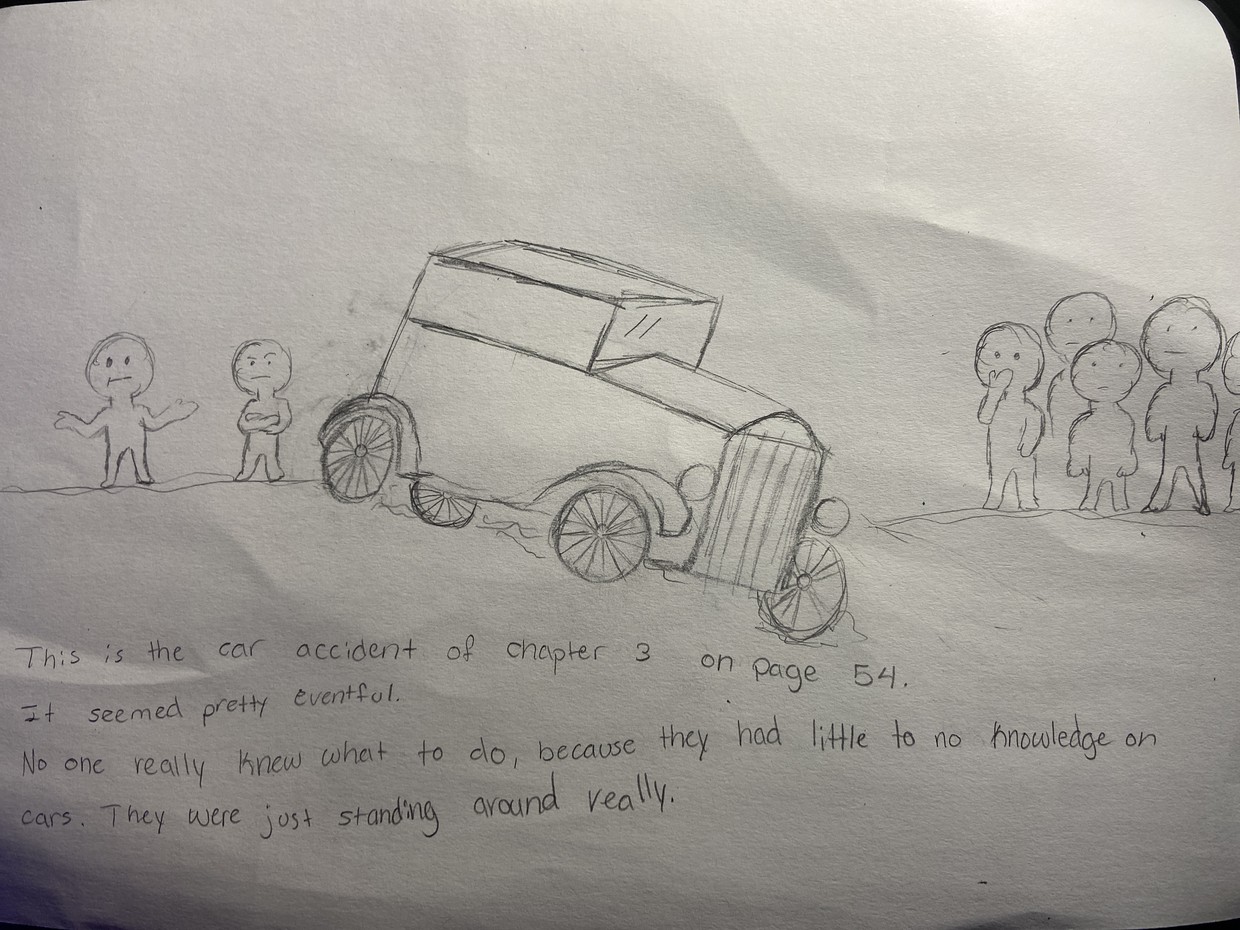 I created a scene from chapter 3 of The Great Gatsby. I had chosen this scene because the entire chapter was pretty boring and this was the most eventful part, 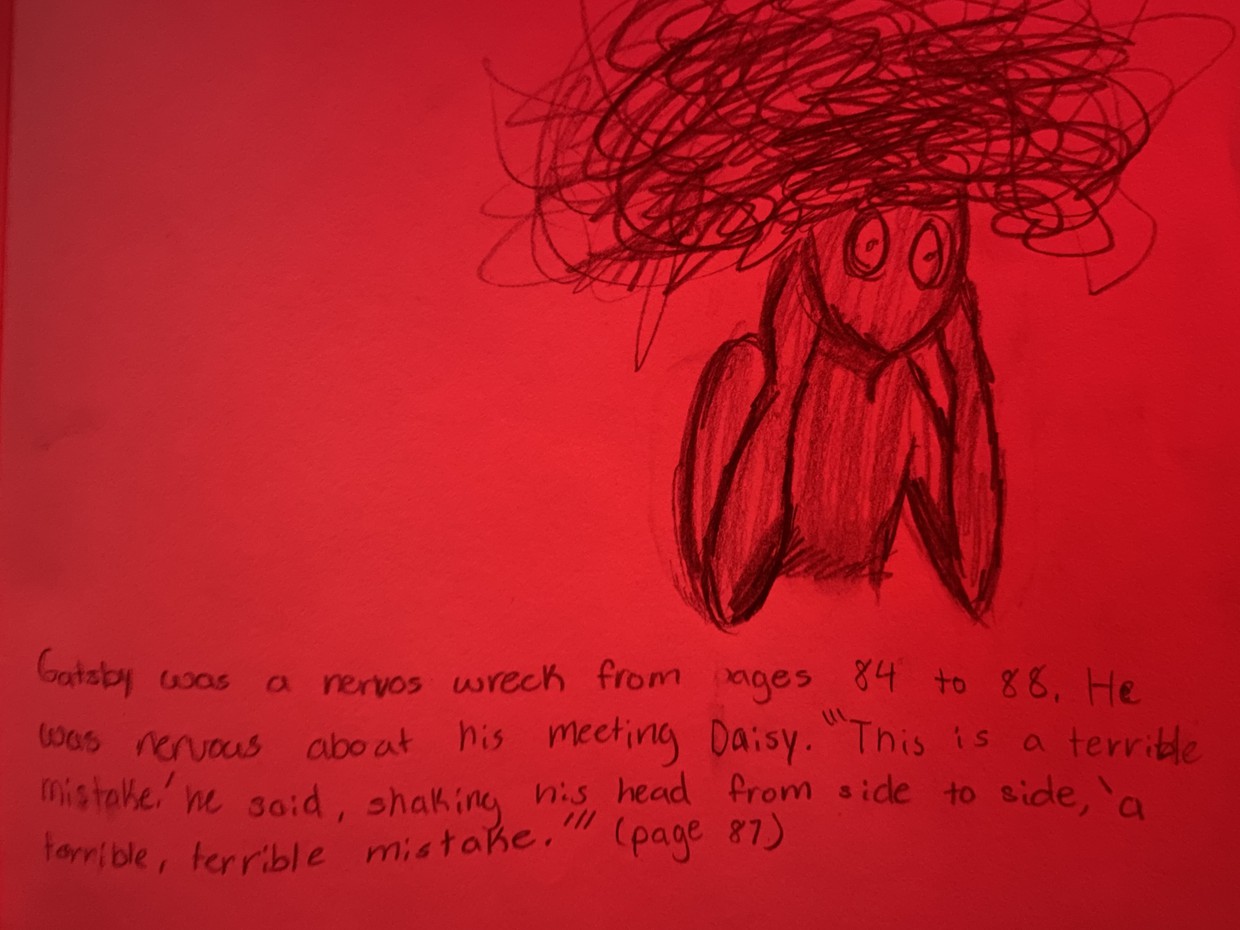 This is my interpretation of Gatsby when trying to speak to Daisy from pages 84-88. He was very anxious and was regretting every decision he was making. The scribbles are meant to represent his anxiety.

Fitzgerald, F. Scott. The Great Gatsby. This Scribner trade paperback edition April 2018 ed., New York, Simon & Schuster, 1925.
Embed code is for website/blog and not email. To embed your newsletter in a Mass Notification System, click HERE to see how or reach out to support@smore.com
close