Chiara is using Smore newsletters to spread the word online.

Get email updates from Chiara:

WHY DID THE GREENLAND NORSE COLLAPSE AND THE INUITS THRIVED?

WHY DID THE GREENLAND NORSE COLLAPSE AND THE INUITS THRIVED?

Even though the Greenland Norse civilization collapsed by deforestation, they also collapsed by loss of trade and attacks by the inuits, who survived by avoiding these complications. 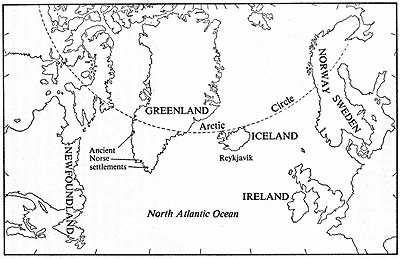 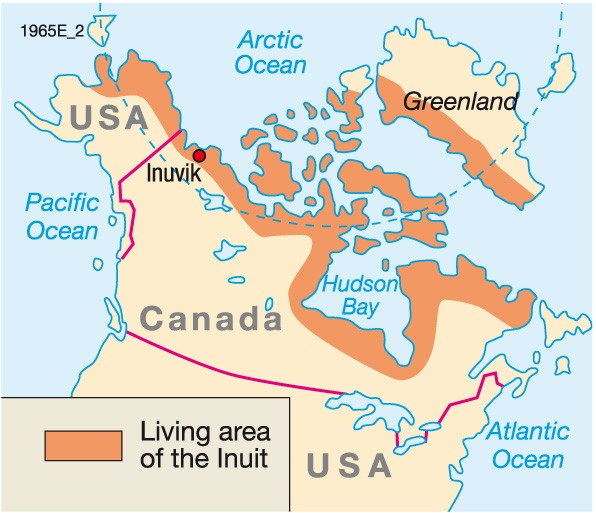 The major reason the Greenland Norse civilization collapsed was because of deforestation. They destroyed their environment in three ways: destroying natural vegetation, impacting soil erosion, and cutting turf. They burned their woodlands to clear land for pastures and cut down trees for firewood. The trees then could not regenerate because the animals prevented it. Another huge impact on the civilization was the climate change, which they needed the wood to heat their homes. On the other hand, the Inuits were smarter and easily got through the deforestation struggle. Instead of cutting down and destroying their forests in the harsh climate changes, they used blubber to heat and light their homes. Where Greenland went wrong was clearing out all their natural vegetation out for farming, or up keeping their homes in the cold. The Inuits kept their forests and vegetation to keep their society a whole, while the Norse civilization crumbled their foundation and lost a key sense of trade.

Greenland Norse's trade loss was greatly influenced from the Inuit civilization. Greenland's neighboring country was Norway, in which their trade routes were unstable or not formed, the Inuits became a prime and easy trading partner who has easy connections to Norway. But, the Inuits chose to decline Greenland's appeal at trade and saw them as an enemy, rather than a neighboring civilization and chose to attack. This had a direct, and clear impact on Norse's collapse. Norse could have easily worked around it by trying to get a connection with the Inuits, or simply finding other trade routes to Norway. This simply could have expanded their currency and would have prevented the attack from the Inuits, and all around pushed back the collapse of the Norse civilization longer.

This source passes the CRAAP test with a score of 81 and a status of good. This source is current, as it was written in 2005. It could be more recent, but the information doesn't change and is a nice summary of the Greenland Norse collapse. This article is relevant because it directly sums up my civilizations collapse and strength to uphold itself. It directly talks about the main issues at hand and what led ultimately to its fall or not. This article has its author/publisher cited as one of the first things your read with a link to get more information on where the article is coming from. This source is accurate because it relates right to my topic addressing all the topics needed. The purpose was very clear on what it was addressing and informing you about.

This source passes the CRAAP test with a status of good. It is current because it was written in 2007, so the information is possibly new and recently analyzed and edited. This source is relevant because it is directly about the Greenland Norse civilization and addresses all the topics and clearly suits my topic. This article has its publisher listed and gives you a bit of information to look up how credible the site is. This source is accurate because it addresses the subject and question at hand directly, which is what is needed. This sources purpose was clear and you could tell they were informing you about the Greenland Norse civilization and was not biased.

Chiara is using Smore newsletters to spread the word online.