Bryona is using Smore newsletters to spread the word online.

Get email updates from Bryona:

How the Business Grew

First oil was used and sold for medicine. Then researchers figured out that they could burn the oil and it would produce heat, smoke-free light and lubricate machinery.

How and Why the Government Began to Restrict it

Governments responded to the growing by trusts and monopolies. During the 1880's several states passed laws restricting business combinations. Congress passed Sherman Antitrust Act in 1890. The law was to protect trade and commerce against unlawful restraint and monopoly. Which didn't really define trusts or monopolies. 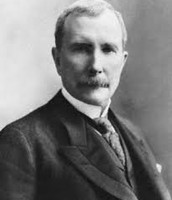 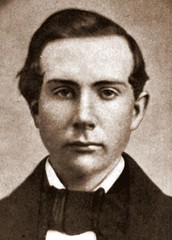 He was born in Richford, New York, in 1839 and made a fortune in the oil company. When he was 26, him and 4 friends (partners) set up an oil refinery in Cleveland, Ohio. Used one method horizontal integration, which is combining competing firms into one corporation. It produced and used its own tank cars, pipelines and even its own wooden barrels.

Bryona is using Smore newsletters to spread the word online.