Mack is using Smore newsletters to spread the word online.

Get email updates from Mack:

Netflix is one of the coolest and fastest-growing software companies of our time (over 86 million subscribers at the time of writing), and it streams a treasure trove of great content – movies, documentaries, TV shows, you name it. 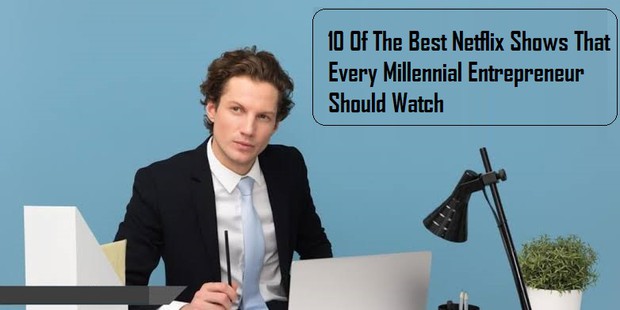 Here are a list of some of the best Netflix shows for millennial entrepreneurs:

There is a lot to be learned from the careful, obsessive devotion of 90-year-old Jiro Ono, whose sushi bar Sukiyabashi is possibly the most highly-regarded in the world (with 3 Michelin stars!)

It’s fascinating to witness not only Jiro’s pathological dedication to his craft, but his relationships with others – his staff, his suppliers, and his family. It really captures the sacrifice that goes into pursuing perfection.

2. The Big Short [2015] – being right when everyone else is wrong is profitable but also very, very painful

This is a fictionalized movie about the 2007 Financial Crisis. It’s worth watching for its insights into human nature, groupthink, incentives and how organizations operate.

Christian Bale’s character, Michael Blurry, is particularly worth watching. He really captures the frustration of being right and yet being dismissed for it.

The movie is based on a book by Michael Lewis, who also wrote Moneyball – another great book and movie about the frustrations involved in applying the scientific method to baseball.

Some people love Tony Robbins and credit him with dramatically changing their lives for the better. Others loathe him and see him as some sort of snake oil salesman. This documentary follows him on one of his “Date with Destiny” camps.

It’s particularly interesting to see the superstructure that exists around Tony – he has a massive team assisting him, and he has all these people who spend $4,995 with the expectation of having a life-changing experience in six days… and they manage to do it.

It’s interesting to get a glimpse into Tony’s backstage persona, his relationships with his crew, and to see the phenomenon that has emerged around him.

Leonardo DiCaprio does seem to play this sort of role over and over again in his career, doesn’t he? These young men who have ambitions and dreams that end up consuming them. Catch Me If You Can is based on the true story of Frank Abagnale.

5. Merchants Of Doubt [2014] – learn about the power of Public Relations and how it has shaped the world we live in

This one is a bit of a depressing watch, but a necessary one. It outlines the strategies used by PR firms in defending Big Tobacco and other large corporations.

In the process, it reveals the biases that people have, and how we make up our minds about things – and how doubt can be deliberately cultivated with the intention of slowing down progress.

Capital C is a 2015 documentary about the phenomenon of crowdfunding. “In crowdfunding, money isn’t just money – and to think about it as just money is to misunderstand what’s going on.”

It’s all about participation – about giving individuals an opportunity to contribute and be a part of something that matters to them.

7. Enron: The Smartest Guys in the Room[2005] – the psychology of malpractice

Enron was a $70 billion dollar company that became the textbook definition of financial corruption and accounting fraud. It filed for bankruptcy in 2001, and this show explores the thinking and the psychology that went into that ruin.

Freakonomics was a groundbreaking, best-selling book from 2005 about the surprising ways in which people respond to incentives. This movie explores the stories and insights from the book.

There’s always been a strong relationship between hip-hop and entrepreneurship. Practically every rapper likes to emphasize their #hustle. 50 Cent wrote a book about it. And venture capitalist Ben Horowitz has a habit of starting all his blogposts with quotes from rap lyrics.

This Netflix documentary digs into the origins of hip-hop, interviewing the actual legends who were there from day one, and explores their creativity and ingenuity.

10. Breaking Bad – how the #hustle, despite its rewards, can be destructive

Breaking Bad is a show about crime. And obviously, you shouldn’t be engaging in criminal activities. But beyond that, there are some very compelling lessons in the show. About having leverage, about being dedicated to quality. About how you treat your family, your peers. About the costs of being deceitful or manipulative. And ultimately, the importance of things like balance and moderation, and the danger of greed and hubris.

It’s also interesting to witness how the challenges of a drug operation change as they scale, from selling to individual customers to expanding distribution, getting into turf scuffles and so on.

Movies and TV shows are quite an amazing, magical medium for conveying a lot of information in a relatively short amount of time. The above-mentioned shows are just some of the shows that can trigger all sorts of insights and concepts that will be useful to you.

The real important thing to take away from all of this is a way of seeing. Because once you’ve got that, then you’ll extract lessons and insights from everything you encounter. Happy hustling!

Mack is using Smore newsletters to spread the word online.