Saket is using Smore newsletters to spread the word online.

Get email updates from Saket:

The background of this site is deeply connected to the life of Benjamin Franklin. As previously stated, Franklin was a printer, by occupation, which is symbolized with a newspaper in the background. After returning to Philadelphia, Franklin officially started his own printing press, where he printed a multitude of things, including The Pennsylvania Gazette, Poor Richard's Almanac and the Philadelphian currency. In addition, there is a cup of coffee in the background, alluding to the fact that Franklin was a huge coffee addict. He used to drink more than ten cups of coffee a day, sold his own coffee beans, and socialized at coffee shops before most of the world did. This can be proven when viewing Franklin's quote, "Among the numerous luxuries of the table…coffee may be considered as one of the most valuable. It excites cheerfulness without intoxication; and the pleasing flow of spirits which it occasions…is never followed by sadness, languor or debility..." (Morgan 93). In conclusion, one can easily view that the newspaper and cup of coffee in the background have great meaning to Franklin's life.

Benjamin Franklin was actively involved in the struggle for American Independence in the 18th century. Franklin's diplomacy with Great Britain and France greatly impacted, if not ensured, the revolution against the monarchy. To begin with, Franklin devised the Albany Plan of Union in 1754, as a means of unifying the colonies under a temporary constitution. Although his Albany Plan was later rejected, it helped lay the groundwork for the Articles of Confederation, which became the first constitution of the United States when ratified in 1781. As the Revolutionary War approached, Franklin wrote many more pamphlets promoting union among the colonies. In addition, he was a Pennsylvania delegate to the Continental Congress and "...spent much of the war in France as a diplomat, charming America's French allies" (Morgan 297). He helped negotiate and write the 1783 Treaty of Paris, which ended the Revolutionary War, and in 1787, he signed the new U.S. Constitution. Many argue that Franklin's legendary diplomacy was the most prominent factor in America's independence from Great Britain in 1776.

As Benjamin Franklin left his schooling at age 10, he was turned over to his brother, James Franklin, as an apprentice to become a printer. When Franklin turned 15, his brother started The New England Courant, the first "newspaper" in Boston. Franklin wanted to write like an official publisher, but knew his brother wouldn't let him, calling him a "lowly apprentice." Sick of his brother's terrible treatment and tyrannical rule, Franklin secretly started penning his own letters and articles, under the name of Silence Dogwood, which were often about the mistreatment of women. Over a period of time, Boston was hustling with talk about the articles. Eventually though, his abusive brother found out, and gave him frequent beatings and scoldings, so much to the point where Franklin became a fugitive and fled to New York and eventually London. "James Franklin turned out to be an early example of the consequences of accepting tyranny and monarchical rule for Franklin" (Morgan 71). This example would be his platform to stand up actively in the American Revolution.

At the time, not many formal awards were given recognition, which is why Franklin received very few of them:

From viewing the life of Benjamin Franklin, one can easily conclude that a light bulb is the best tangible symbol to represent his life. A light bulb symbolizes new ideas and innovation, not to mention curiosity. These are qualities that are clearly pronounced in Franklin's life. For example, "...Franklin's inquisitive relationship with the concept of electricity and lightning..." (Morgan 312) allude to the symbol of a lightbulb, which is known as "the symbol of inquiry." In addition, Franklin's innovative contributions, such as bifocals and the Franklin Stove, can be alluded to a light bulb. Lastly, Franklin was called, "A Man of Immense Ideas," by William Penn, which is a name that can be represented by a light bulb. Altogether, a light bulb is a perfect symbol to illustrate Franklin's inquisitive nature and ingenious personality. 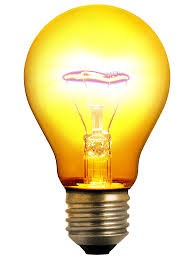 I believe that Benjamin Franklin would most definitely be my friend because of the following three reasons:

Benjamin Franklin reminds me of my uncle because of the following reasons:

Benjamin Franklin is certainly considered a true altruist, as he was a selfless leader and social figure throughout his life. There are two main reasons why he is an altruist: 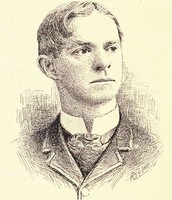 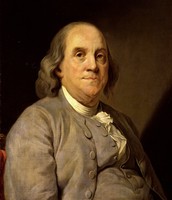 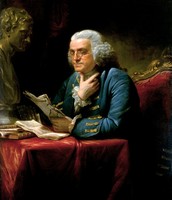 One may come across this question: Why is Benjamin Franklin on the $100 bill? Well, there are two main reasons:

What Exactly was "The Junto"

In the fall of 1727, Franklin organized a group of men into a club whose most prominent purpose was inquiry into a variety of intellectual questions. This club thrived for nearly four decades, eventually evolving into the American Philosophical Society. With few exceptions, the members of the group, like Franklin, were practical men: entrepreneurs, tradesmen, merchants. "The Junto was both an inquiry group and a mutual aid society through which members could borrow books and money and get support for various enterprises" (Morgan 58). Mutual respect and support were foundational values. All were required to contribute. Although the membership could easily have grown large – many wanted to join, Franklin limited the group size and suggested instead that interested persons form their own like-minded groups. Thus, many other groups can cliques evolved as a consequence.

Saket is using Smore newsletters to spread the word online.