Get email updates from Pierce:

Genghis Khan was originally named Temujin, Genghis Kahn merely means strong ruler, he was elected this in 1206 and born in the 1160's. In the Mongol empire each territory was split into Khanates each under each of his son's rule.

The Mongol Dynasty had been issued with the problem that many other dynasties had encountered: too much spending on foreign conquests, corruption at court, and growing internal instability. In 1368 Zhu Yuanzhang a son of a peasant put together an army and ended the Mongol Dynasty. 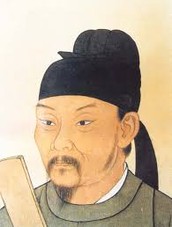 Poetry was the best way for Chinese to show off their literary talents, the Tang Dynasty was viewed as the great age of poetry in China. Around 48,000 poems were written by about 2,200 authors. There were many different themes and types of poems written. Li Bo and Du Fu were two very famous poets at this time.

During the Song and Mongol dynasties landscape painting reached its high point. In paintings rather than depicting the realistic shape of a specific mountain they tried to portray the idea of "mountain", empty spaces were left in the paintings because in the Daoist vision one cannot know the whole truth, Daoism also influenced the portrayal of humans as insignificant in the midst of nature. Tang artisans perfected the making of porcelain a ceramic made of fine clay baked at very high temperatures. Europe did not learn porcelain making techniques until the eighteenth century 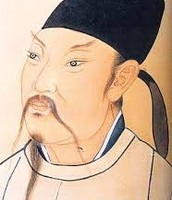 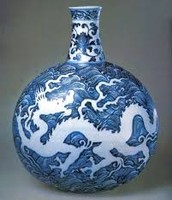 A Day in the Life of Genghis Khan's Army

-Cavalry members were equipped with bows and arrows, a dagger, a lance, and a saber. Their light leahter armor offered protection and mobility.

-Women were in charge of tending animals and domestic duties, during battle they collected arrows and killed wounded enemy soldiers (<---that's weird)

-Children were taught how to fight or cook, depending on gender. Younger children collected animal dung; the Mongols' primary fuel source.

-Men were expected to be expert horsemen, archers, and fighters.

-75,000 oxen and camels carried the Mongols' felt, tents called ger, as well as supplies and gear

-A Mongol Tumen moved very slowly, the procession could be 50 miles away