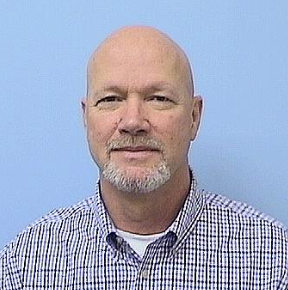 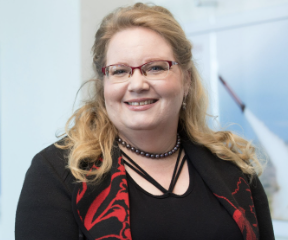 She received an M.S. in Operations Research from the University of Alabama in Huntsville, a B. S. in Physics from the University of North Alabama and an A.A. in Mathematics from Northeast Mississippi Community College. She has published several intellectual property awards including a trade secret, and technical papers in the areas data structure and architecture for configuration management of fielded systems, data mining of field data, machine learning for sustainment, reliability and whispering gallery mode resonance in fluorescent microspheres. 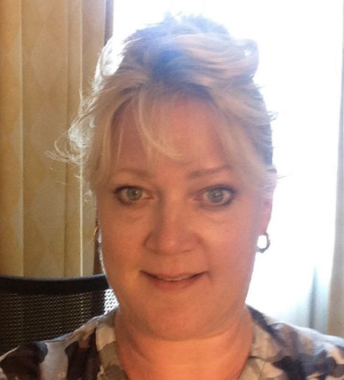 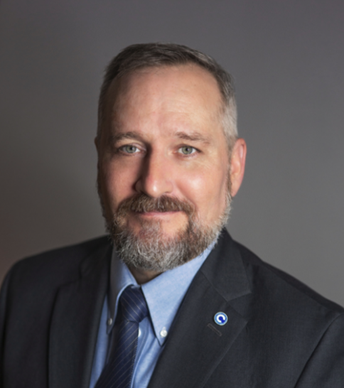 Chris Crosby joined the COLSA Corporation in 2015, he has over 20 years experience in cyber security, managing both offensive and defensive cyber operations in the United States and abroad. Most recently Mr. Crosby has implemented a cyber threat hunting program that is being rolled out to units that support the US Army and Air Force. For the last two years Chris has also been managing COLSA’s cyber intern program leading and mentoring interns ranging from high school to graduate school students.

Before joining COLSA, Mr. Crosby worked in the Huntsville area supporting multiple Government agencies to include the Missile Defense and Department of Homeland Security. He was responsible for implementing multiple cyber security programs and designing real-world test plans that are still in use.

Mr. Crosby graduated from NYU’s Polytechnic School of Engineering with a master’s degree in Cyber Security and has a bachelor’s in Computer Science from Jacksonville State University. He is a Certified Information Systems Security Professional (CISSP), Certified Ethical Hacker (CEH), and also an Offensive Security Certified Professional (OSCP).

Prior to working in Huntsville, Mr. Crosby was enlisted in the US Air Force as a computer programmer. He was assigned to the Information Warfare Center in San Antonio Texas where he served with the Air Intelligence Agency, Air Force Network Operations Center and also provided support to the 92nd Information Operations Squadron. Mr. Crosby received commendations from the Defense Information Systems Agency for his part in the DoD wide selection of cyber security tools including ACAS, HBSS and ArcSite.

Since being in Huntsville, Mr. Crosby’s community involvement includes speaking at local information-security groups and area high schools. Most notably, he served as a mentor for the Grissom High School “Cyber Sloths” who went on to become the National Cyber Patriot Open Division Champions. 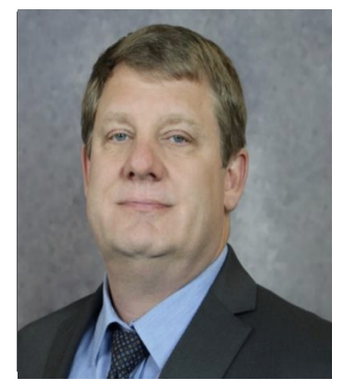 Mr. Ennis' career includes a variety of positions including engineering, engineering manager, IT manager, and educator. Mr. Ennis is now in the third phase of his career. After spending his first eleven years in the industry, Mr. Ennis spent a total of fourteen years as a middle and high school educator teaching STEM and Engineering courses. His most recent teaching experience was in Madison, Alabama where he created and managed the engineering department at the high school. As an educator, Mr. Ennis received numerous awards, including recognition as the National STEM Teacher of the Year in 2016. Mr. Ennis now spends his time split between managing daily operations for the Director of Engineering at Northrop Grumman and guiding employees who are beginning their life-long journeys as engineers.

Northrop Grumman solves the toughest problems in space, aeronautics, defense, and cyberspace to meet the ever-evolving needs of our customers worldwide. Our 90,000 employees define possible every day using science, technology, and engineering to create and deliver advanced systems, products, and services.

His strongest expertise is in web and software development, management, marketing and information technology. Jim enjoys creating something from nothing and staying on the cutting edge of technology and business. 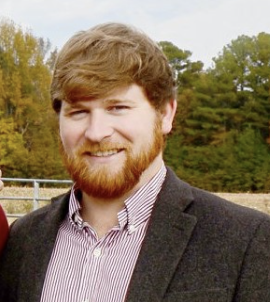 Prior to this position Logan Grumbach was an engineering manager for Boeing on the Missile Defense National Team Program. In addition to management duties, Logan provided technical expertise to the program as a Systems Architect, Discrimination Requirements Developer, System of Systems Integrator, and Ground-Test Scenario Design Lead.

Logan has also held the position of the Redesigned Kill Vehicle program Divert and Attitude Control System Design, Integration, and Test Lead for the Missile Defense Agency. During his time on this program he led a four month propulsion test campaign at White Sands Test Facility in New Mexico. 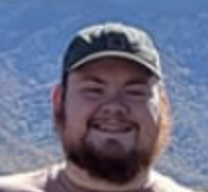 Hayden Martin is an early career Manufacturing Engineer. He is a native of Huntsville and attended Buckhorn High School (Class of 2013) and The University of Alabama Huntsville (Class of 2018). He first pursued a Biomedical Engineering degree at the University of Alabama Birmingham but later decided to transfer to UAH to earn a Bachelor's degree in Mechanical Engineering. Hayden's family has a background in STEM his grandfather was an electrician on the Apollo missions, his mother was project support on various NASA programs, and his aunt trained astronauts in the water tank on Redstone Arsenal.

Hayden works for the Boeing company as a Manufacturing Engineer on the Patriot Advanced Capability 3 (PAC-3) program. He interfaces with Design, Systems, and Test Engineering and is responsible for ensuring that the Seeker portion of the PAC-3 missile is built to the design drawings and all procedures and testing are performed in accordance with the customer specifications. He recently completed the Block 4 development program in which he helped build two flight units both of which flew and hit their targets. After the success of the Block 4 flight units, he was promoted to the Block 5 development program and is now assisting in its development.

Hayden has also had the opportunity in the past to be a design Engineer on Boeing Space and Defense Satellites, 777x airplane, NASA docking system Ascent cover, and CST-100 Starliner. These experiences have helped him become a more successful Manufacturing Engineer.

In his personal time, Hayden enjoys working on cars, woodworking, and four-wheeling. 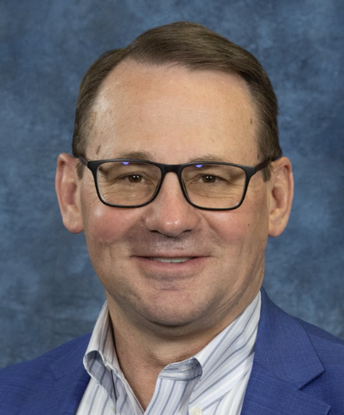 Director Cybersecurity and IT Solutions Dynetics

Mr. Rich McAdams is Director, Cybersecurity and IT Solutions at Dynetics where he is responsible for managing the Cybersecurity and IT Solutions Department. Dynetics is a wholly owned subsidiary of Leidos, the largest provider of Cyber and IT services to the federal government. Prior to joining Dynetics, McAdams worked in companies ranging from defense contractors with 15 people to international companies in the Fortune 50. A native of North Alabama, he has been back in the area since leaving the Army in 1991, and for the 20 years prior to joining Dynetics 16 months ago, was focused on small businesses, serving as a Vice President, Chief Operating Officer, and President for companies that focused in the federal Cyber and IT marketplace.

His current and past community involvement includes the Leadership Huntsville/Madison County board, the Schools Foundation board, the Hazel Green United Methodist Church Administrative Board, The Committee of 100, the Chamber of Commerce, and the Business Council of Alabama. He also served as an elected member of the Madison County Board of Education representing the Hazel Green and Meridianville communities from 2000 - 2012, including two years as its President.

McAdams is a Desert Storm veteran and holds a BS in Economics from the United States Military Academy and an MBA from the University of Phoenix. He has been married to his high school sweetheart, Annette, for 35 years and they have three children and three grandchildren.

Mr. Sebastian joined COLSA Corporation in April 2019 as the Senior Solutions Architect. He has over 20 years of leadership experience with a focus on Strategic Planning, Project and Program Management, Information Technology, Business Development, Data Science/Artificial Intelligence research and business growth, and Cybersecurity and Information Assurance.

Prior to joining COLSA in 2019, Mr. Sebastian spent 10 years in multiple roles at Booz Allen Hamilton as a Senior Lead Technologist supporting clients and managing projects and programs across the Department of Defense, NASA, FEMA, and DHS markets, ultimately focusing on Data Science and Artificial Intelligence business development. From 1994 to 2009, Mr. Sebastian served in the United States Marine Corps as a Geospatial Intelligence Analyst then, upon commissioning, as an AH-1W Super Cobra pilot serving in multiple staff billets, the Aide-de-Camp for the Commanding General of the 3rd Marine Air Wing, and Air Officer for the 1st Marine Expeditionary Force Special Operations Training Group. He has approximately 1,000 flight hours in the AH-1W, of which 1/3 were flown in combat in direct close-air support of infantry, light-armored reconnaissance, and Special Forces units in addition to providing aerial escort of surface convoys and aviation casualty evacuation missions.

Mr. Sebastian graduated With Merit from the United States Naval Academy in Annapolis, MD with a Bachelor of Science degree in Computer Science. After his commissioned service, he graduated from George Washington University with a Master of Science Degree in Computer Science, and a Graduate Certificate in Computer Security and Information Assurance. He also holds multiple professional certificates in Data Science and AI, IT Service Management, and Cybersecurity. His current research areas of interest include Artificial Intelligence, Graph Theory and Knowledge Graphs, Natural Language Processing, and Cognitive Science.

He has served his community in multiple roles, including coaching a FIRST LEGO League robotics team at the elementary school level, serving as President of the Belmont Elementary School PTA, and as a member of the Board of Advisors for the Quantico Area Chapter of the US Naval Academy Alumni Association. He has received multiple performance, leadership, and team awards, and is listed as principal inventor of pending patent “Advanced Manufacturing Technologies and Machine Learning in Unmanned Aviation Systems.” 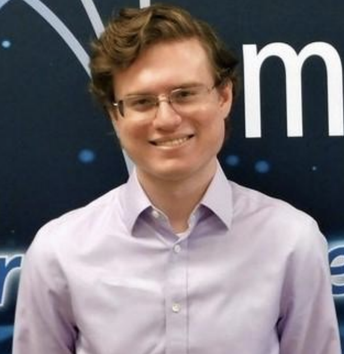 I graduated high school in Tennessee and moved to Alabama to attend The University of Alabama in Huntsville (UAH) in 2015. While attending UAH, I was involved in multiple organizations, most notably the UAH Student Government Association and Space Hardware Club (SHC). In SHC, I participated in many projects such as CanSat, high altitude ballooning, and outreach. One of my favorite outreach events was Amateur Radio on the International Space Station (ARISS). In this program, students from around the Tennessee Valley were able to talk to ISS astronaut Tim Kopra, while he was in space! This solidified my passion for STEM outreach and I led the SHC outreach team the following year. My team and I developed curricula for outreach events, and visited six local schools, four visits each, over the course of one year.

During 2018-2019, I worked part-time at a local cyber security company called Mission Multiplier, in which I was a Jr. Cyber Security Engineer focused on developing cyber security policies for government contractors, many of which were based in Huntsville. I graduated in the Fall of 2019 and began work with Collins Aerospace on the UH-60 Black Hawk Platform Team.

Through this work I have gained an understanding of many systems concepts, organizational processes, technical knowledge, and the importance of communication within a team. With the help of the Employee Scholar Program, offered by Raytheon Technologies, I am also currently working towards my Masters of Science in System Engineering at George Washington University located in Washington D.C. 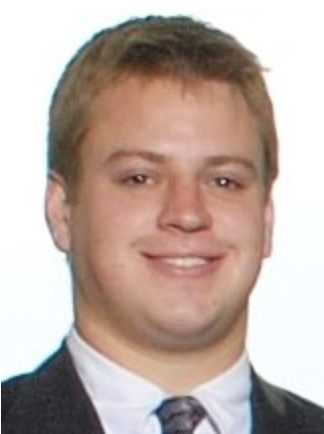 Matt Tyhach is an Engineering Fellow within Raytheon Missiles and Defense. He works in the Advanced Technology group in Boston, MA, that develops new technology with Universities and Government research and development customers like DARPA. He specializes in microelectronics and sensors to include RF semiconductors, digital electronics, radar processing, AI/ML, and long-range targeting.