Key Person 1: Arthur Zimmerman ;(Importance), German foreign minister who sent telegram to Mexican president asking them to side with Germany which was intercepted by the British.

Key Person 2: President Woodrow Wilson ;(Importance), Lead us into the war and helped end it.

Mexico is on Germany's side and British and French on US' side.

Germans kept firing on ships with US citizens and the telegram that was intercepted leading to the Us declaring war.

Texas played an important role in the war by providing a location to train soldiers to fight and fly planes. Over 200,000 Texans served in the war.

World war 1 ended when president Woodrow Wilson introduced the idea of the League of Nations. It is an organization to help nations resolve differences. It was incorporated in the Treaty of Versailles at the Paris Peace Conference which signaled the end of the war.

President Herbert Hoover did not think the Great Depression would last long. He blamed the problems on business practices and did not believe the federal government should get involved in helping unemployed people.

The Dust Bowl was caused by over planting of wheat. It left nothing to keep dry soil in place after the plants died. Wind created huge dust storms with this soil. Farmers had homes damaged, livestock killed, and medical problems with their lungs because of this. One third of the farmers in the Texas panhandle left.

OF the New Deal programs, certain ones helped Texas a lot more than others. The PWA built 13 schools and expanded 13 more in Ft. Worth. It also created recreation centers, swimming pools. parks, and stadiums around the state.The CCC provided jobs to 50,000 unemployed people within 100 camps made to create public projects around Texas. The REA brought electricity to rural areas which was 60% of Texas at that time. The AAA taught farmers to rotate crops, not to plans straight down, and use trees as buffers in order to prevent another Dust Bowl from erosion.

Tenant farmers were forced to leave the land they worked because they were unable to make enough money to rent it during the Great Depression. Miners were left without work when the discovery of East Texas oil fields reduced the demand for coal.

President Roosevelt was the US president when we declared war. Hitler was the dictator of Germany who invaded other countries.

Germany, Italy, and Japan were in a treaty to support each other. The US allies were England, France, China, and eventually Russia.

Texas contributed to the nation's military effort by training 750,000 troops which was a greater proportion of the population than any other state. Over 22,000 died. 200,000 women served in roles. 150 generals and 12 admirals were from Texas.

Life changed for texans on the home front in many ways. The Gulf area had air raid drills. There were rations for food, goods, and gas. The speed limit was lowered to conserve gas. Victory gardens were grown to provide food for families. Everything was saved from cooking fat to scraps of metal for military purposes. War bonds were sold to raise money for the war. Aircraft and ship building factories and industries for things like steel and rubber increased the number of jobs for women and minorities.

This war was known for trenches. 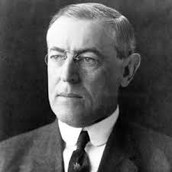 President Woodrow Wilson lead us into the war and helped end it. 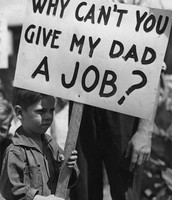