Ines is using Smore newsletters to spread the word online.

Get email updates from Ines:

Eyam suffered from a plague epidemic late last year, resulting in the squire, Colonel Bradshaw, and his wife leaving, and the population of the humble village decreasing morbidly every day.

The rector, a humble man called William Mompesson made a choice that changed people’s lives forever – or ended them. He decided to shut of the village with an agreement from the Duke of Derbyshire.

Luckily, Mompesson spared us the time for a quick interview. Here it is now:

So, can you tell us about your decision to shut off the village of Eyam?

It was the safest thing that we could have done at the time. It was a joint decision between the previous rector, Thomas Stanley, and I.

How did the people of Eyam react when you told them what you were going to do?

Originally, all of the people thought that they were condemned to death – and most of them were. But after a while, I think – I hope – that they understood that it was the safest thing that could happen. If they spread out and left the village, I think they knew that worse things could have happened.

I was very sad to hear about the passing of your wife, Catherine. Can you expand on her story?

Ah, Catherine. She was the best woman that I could possibly ever have loved. All she ever did was look after other people. She helped the people that no one else would ever dream of even looking at. But look at them she did. Eventually, she became one of them.

Unfortunately, we had to stop the interview there before it became too personal. We wish for the best for Mompesson, and all of the survivors of this awful tragedy. 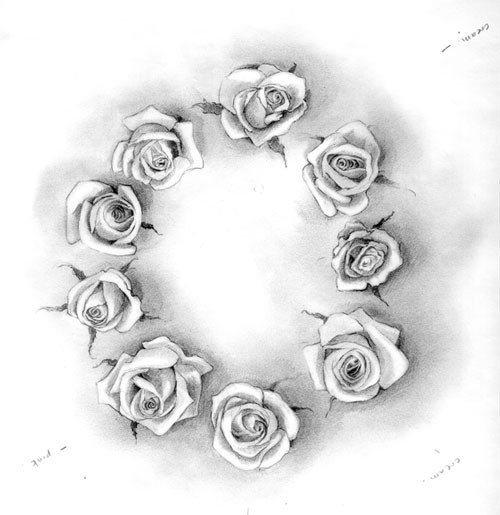 When you have mixed your paste well, you must put it in a dish by the fire, till it be warm.

Then make them up in little cakes, and prick them full of holes. Bake them in a quick oven unclosed. Afterwards sprinkle them with sugar.

The Cakes should be about the bigness of a hand-breadth and thin; of the cise of the Sugar Cakes sold at Barnet.

Disclaimer: This recipe does not belong to us, nor did we ever intend for it to look that way.

Emmot Sydall and Rowland Torre were engaged; they were happy, young and excited for their marriage. When Emmot found out that townsfolk of Eyam were dying of the plague, she wouldn’t allow Rowland come near her. She shut herself off from him, she refused to see him. Mad with love, Rowland refused to be dismissed by her, he told her of his plans for her to run away with him. Emmot turned him down. She knew that she was infected, even though she wasn’t dying. Emmot didn’t want to spread the infection. Rowland kissed her and told her that if she died to the plague, he would too. For a few weeks the young couple met once a week, they saw each other less and less. Even though Rowland begged, Emmot still refused to come. Most of her family had died, so the only Sydalls left were her and her mother, who had become ghost like, she spent her days talking to her dead family. She had to feed her mother. She was keeping her alive; she didn’t want to leave her mother. The village shut itself off, a valiant, selfless thing to do, this saved countless lives. The day the plague was over in Eyam Rowland came to see Emmot, he was so excited. He was told that Emmot had died and her mother was living in a cave. Rowland was devastated and he still is.

This comes to show how much the people in Eyam sacrificed for our safety. Emmot was so concerned about other people’s safety that she died. She could have lived happily with Rowland, we could of died.

Ines is using Smore newsletters to spread the word online.