simon is using Smore newsletters to spread the word online.

Get email updates from simon:

Existentialism is a philosophy that stresses finding ones true self and the meaning of life through free will, choice, and personal responsibility.

Existentialists believe in a humans free will, which is the power of expressing ones self without constraint.

Freedom and the effects of society

As stated in W.C. Fields' quote below (even though he was not a philosopher) existentialists do not believe that wealth or pleasure make ones life a successful one. But that finding ones true self is the real success in life. 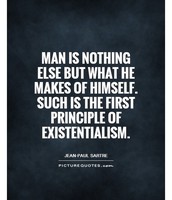 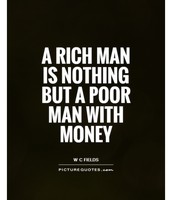 Absurdism is a philosophy that expresses the idea that we live meaningless lives in an irrational and chaotic universe. 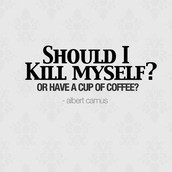 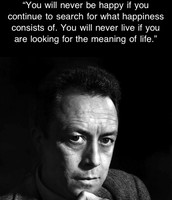 A common belief in the philosophy of absurdism is that the universe doesn't care about humanity and never will. Most absurdists are atheists, so many believe that religion is just an answer to what can't been answered.

Absurdists tend to question life itself and its purpose or meaning. That is why many of their quotes may seem suicidal, or dark. But to them life is meaningless, and so is our world. 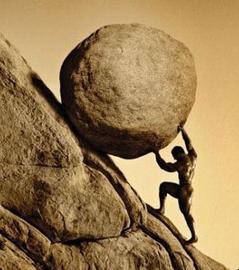 simon is using Smore newsletters to spread the word online.