Get email updates from Ed:

Animal Love. Most people like to cuddle with a furry friend every once in a while. For some, this furry friend may be a pet or an animal, and for others, it may be their favorite stuffy. Everyone has something special that brings them comfort when they are in need. When you are feeling down, go show some love to your furry or scaly friend. Spending time with our pets or cuddling a favorite stuffy can reduce stress, anxiety, depression, ease loneliness, and can encourage exercise, playfulness, and even improve cardiovascular health. Today, in morning meeting, talk about what you do with your pet or when you play with or cuddle your favorite stuffed pet.

If you need to talk to someone about how you’re feeling, 2NDFLOOR is a confidential and anonymous helpline for New Jersey's youth. They are here to help you find solutions to the problems that you face at home, at school, or at play. If you need to talk about an issue or problem that you are facing, please call or text 888-222-2228.

Congratulations to the HS North Sailing team on winning the Spring Fleet Championship last week. They competed against 13 other NJ teams at Toms River Yacht Club. With this win, our sailors move on to compete for a spot in the national championships. Anchors Aweigh!

Congratulations to senior Lauren Brodsky, for being named HS North's "Unsung Hero Award" winner and HS North's "Caring Award" winner. The Unsung Hero award goes to a student who has shown great dedication, a positive attitude, and resiliency. Even in the face of adversity, they achieve great success. The Caring Award goes to a student who has gone above and beyond to help others during their time at HS North. Lauren was nominated and selected for both of these awards because we felt she fit the criteria to a tee. Lauren has been a dedicated student and participant both in and out of the building during her 4 years at North. She has earned great success in the classroom and left her mark outside the classroom through her service. Lauren will be continuing her education at The College of New Jersey next year, where we have no doubt she will shine.

Congratulations to our May Students of the Month, Dani Walano and Nate Cook!

Dani has served as a Captain of our Cheerleading team as well as the Class of 2021 Treasurer. Throughout high school she has been involved in Lacrosse, TEAM, History Club, and Captain's Crew. Dani has been inducted into NHS and has earned Academic Letters throughout her high school career. Outside of school, she volunteers her time at Saint Catherine's Church as a teaching Assistant. Dani will be attending Monmouth University as Business Administration major with a concentration in Marketing and Management.

Nate has served as the Class of 2021 President for four years and the History Club President for one year. He has been inducted into NHS and volunteers his time with Big Brothers Big Sisters and the Toms River Relay for Life. Nate is a four year member of our soccer program and is proud of the State Championship the team won this fall. Nate has represented our school as a Boy's State Delegate and an Outstanding Delegate/Committee Chair at the New Jersey Model Congress. He was also voted "Best Smile" by his classmates. Nate will be attending King's College as a Pre-Law major.

Congratulations to our May Staff Member of the Month, Mrs. Patti Snowden!

Mrs. Snowden has taught at High School North for all 23 years of her professional career. She has taught every level of English and currently works with our AP English Language students. Outside of the classroom, Mrs. Snowden has coached cheer, directed the musical, and advised the classes of 2001 and 2005. Currently, she is the co-advisor of NHS. In her spare time, Mrs. Snowden enjoys being with her family, watching her kids play soccer, being outside, and going to the beach. When asked about her favorite thing about our school she replied, "the people I work with and the kids I teach. I love my Mariner family!" 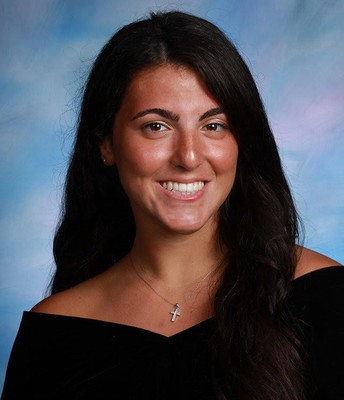 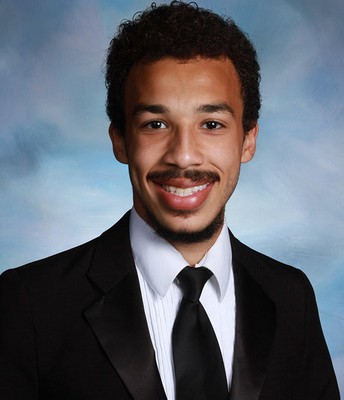 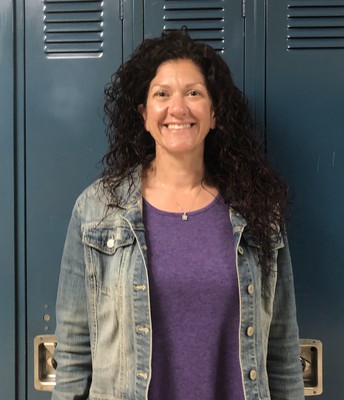 Please see the link below for the 50th Anniversary edition of The Captain's Log.

Seniors who would like to be featured in the Mariner Maniac Senior Spotlight Series, please fill out this Google Form https://forms.gle/TdCjV132g4UWuV13A Our series will be on our Instagram page, follow us at @Mariner_Maniacs.

YEARBOOK! - THE DEADLINE IS HERE!

Only ONE week left!

Click on the link below to order your yearbook before it’s too late.

There are new scholarships posted to the HS North Guidance Scholarship page: https://docs.google.com/spreadsheets/d/1rAFOnVfnX10HZ6r28crRFwVREwD1il8qudqFXmm_9MA/pubhtml Check the site often as new scholarships will be added as they are sent to us. The more you apply to, the more money you can earn. PAY ATTENTION TO DEADLINES. Contact your counselor with any questions.

If you are interested in joining TEAM, and previously not been a member, pick up an information packet in the Main Office. Deadline is May 31st. Contact Mr. Patten if you have any questions at jpatten@trschools.com

Toms River North Juniors, Ryan Baker and Jordyn Mann have joined teams to help give back to their community. Born out of their love for sports, along with a desire to give back to others, Ryan and Jordyn have created the RePlay Sports Initiative. RePlay Sports is committed to working within our schools and sports leagues to help get your gently used equipment reallocated to those athlete's in need. They're goal is to distribute this equipment, so other athletes can have a chance to play a sport and have fun! If you are interested in helping, you can drop donations at the HSN Main Office or email them at trnreplaysports@gmail.com. Your help is greatly appreciated and THYE are sure it will help make a difference in a young athlete's life! 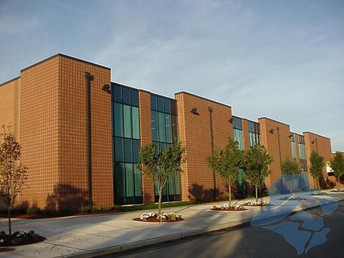 Follow Ed Keller
Contact Ed Keller
Embed code is for website/blog and not email. To embed your newsletter in a Mass Notification System, click HERE to see how or reach out to support@smore.com