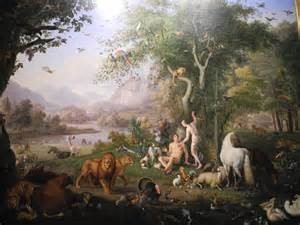 Chapter One: The Original State of Man; Original Sin and its Consequences

In the beginning, God created the heavens and the earth and all things in existence. He proclaimed it good and man very good. Man was placed on Earth to be a steward of the Earth before Original Sin and, for a time, did so gladly. There was no sin, illness, or death and all lived in perfect union with God.

Genesis states that God placed a tree of knowledge of good and evil in the center of the garden and instructed man not to partake of it. Man disobeyed when the serpent tempted Eve and the first sin entered the world. Concupiscence, humanity's natural tendency towards sin, soon followed and the perfect unity with God ended and Adam and Eve were expelled from the Garden of Eden. Sin, sickness, and death were realities of life. Original Sin not only affected Adam and Eve but all of their descendants were also weakened permanently by Original Sin. 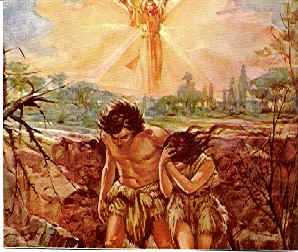 The Word became flesh for four reasons: the expiation of sins, reconciliation, and restoration, to manifest God's love, to offer a model of holiness, and to allow a share in divine life.

The Fall of humanity put a rift between man and God through sin. This sin was nearly impossible to overcome because the severity of sin depends on the dignity of the offended. Since God's dignity is infinite, our sin is infinite. This means that the only way our sin can be forgiven is through a sacrifice from man of infinite value. However, humanity on its own could not provide such a sacrifice. The solution was that God, who alone has the power of infinite forgiveness, had to become man and provide himself as the sacrifice.

The rift also prevented man from full knowledge of God's love. Love is not measured only by words but, more importantly, by actions. God has infinite love and chose to show that love through the ultimate sacrifice: dying for those you love even when they abandon you. God carried through with this action and fulfilled his purpose to forgive and show his love.

Since humanity has fallen into sin, perfect holiness has ceased to be the norm. All roll models for holiness that are only human fail and sin at some point. Only God was sinless so he came down as man to show us what it looks like to live a life of perfect holiness so that after he left, generations to come could try to imitate his ways.

Finally, Christ came to allow us a share in his divine life. This means that we can share in his grace that can strengthen us throughout our lives. God did this by coming to establish the Church and the sacraments as a direct way to receive his grace. 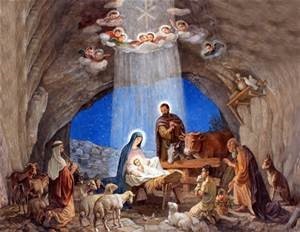 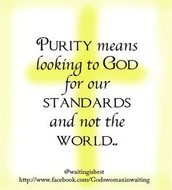 The Paschal Mystery consists of the Passion, Death, and Resurrection of Jesus Christ as the final part of his redemptive mission. The term goes back to the first Passover in Egypt where the sacrifice of the paschal lamb saved the Israelites. Christ, the lamb of God, shed his blood for the salvation of all humanity.

The Paschal Mystery begins with the Last Supper. The Passover feast was replaced by Jesus with the first Eucharist as a sign of the Old Testament being fulfilled. He was the lamb, the bread became his body, the third cup became his blood, and he instructed the disciples to do this in his memory.

During the Last Supper, Jesus tells Judas that he will betray him and then proceeds to the Garden of Gethsemane. There, Christ began his Passion. He prayed for the strength to endure and felt agony at the knowledge that many would reject his sacrifice. Satan tempted Jesus to reject the Cross and Christ asks his father to find another way if it be his will. His love and obedience carried him through his Passion and held him on his cross.

Jesus was arrested, condemned, scourged, and crucified yet death could not defeat him. On the third day after his death, Jesus rose again after visiting Hell and dwelt among the disciples for forty days and the ascended into Heaven until he comes again at the end of time. 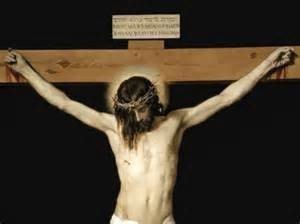 Hope is the virtue of desiring the Kingdom of God and relying on God's strength rather than our own to help us achieve it. It allows us to remain strong in times of struggle and purifies the soul. Despair in God is a sin against hope.

Love, also known as charity, is the love of God above all else and reflecting this love in works for the good of others. Out of love, we help those in need, forgive our enemies, and strive to be selfless.Joy, peace, and mercy stem from love. It is out of love that Christ died for us and it is the greatest of the theological virtues.

There are three types of prayer: vocal, contemplative, and meditative. Vocal prayer uses the words of traditional prayers or that of our own hearts. Meditative prayer focuses on a topic, generally scripture, to reflect on to find a deeper understanding of the truth. Contemplative prayer is being in God's presence just for the sake of it like in a relationship between friends.

When praying to God, there are particular forms. Adoration is the worship and veneration of God. Petition is asking favors from God. Intercession is praying on the behalf of another. Thanksgiving is gratitude towards God, and Contrition is asking for forgiveness. 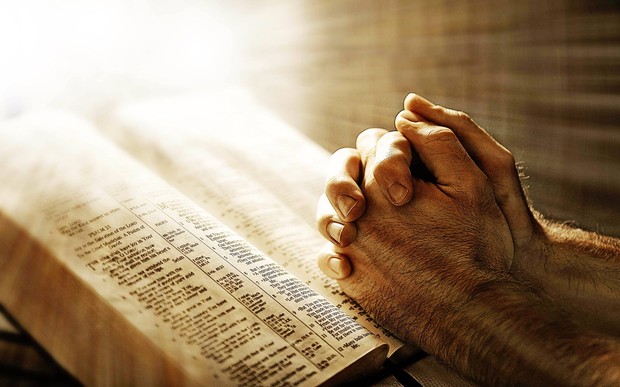 The Four Marks of the Church

The Catholic Church is One, Holy, Catholic, and Apostolic. When we say the Church is one, we say many things. We profess our belief in one God, our uniqueness as a Church, the only truth, our unity, and affirming our solidarity.

The Church is holy because it comes directly from Christ and is filled with his grace. The Holy Spirit guides the Church so that she may become sanctifying. Though the members of the Church are sinful, the Church is not sinful. It is so full of grace that it transforms the sinners. The Church is also made up of saints in Heaven who no longer sin and are holy.

The fourth mark is Apostolic. This primarily refers to the twelve men that were given the task of teaching, sanctifying, and governing. The Church was built by the Apostles, it transmits the teachings of the Apostles, and it continues to be taught, sanctified, and directed by the successors of the Apostles. 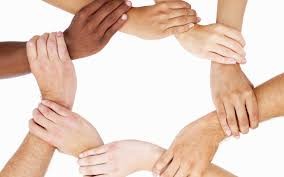 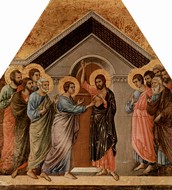 The last things of all come at death. These include death, judgement, Heaven, and Hell. Death is straight forward; when the time comes, the soul leaves the body and proceeds to its judgement. When it comes to judgement, there are two parts: the particular judgement, and the general judgement. The particular judgement determines the state of an individual. If they reject God, the go to Hell and if they accept God, they either go immediately to Heaven, or, if they had sin, to Purgatory to be cleansed. At the second judgement, those in Purgatory will go to Heaven and all will have glorified bodies. In Heaven, everyone is in perfect communion with God and will want nothing more than his presence. In Hell, all are separated from God and live in eternal agony. 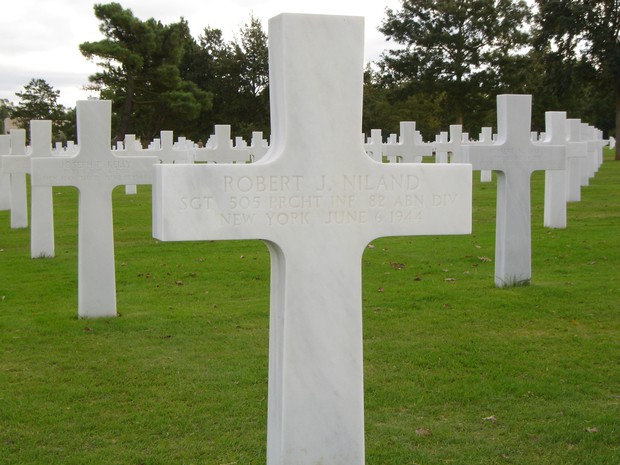 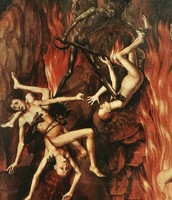 The Parousia is another word for the Second Coming of Christ. It is also the General Judgement. Christ will appear in all glory and majesty to judge and establish his kingdom forever. All mysteries will be revealed and we will understand why God has allowed suffering. We will see all consequences of humanity and be reunited with our glorified bodies. The Parousia is the final victory of Christ over Death and Sin. The Church will be fully manifested. 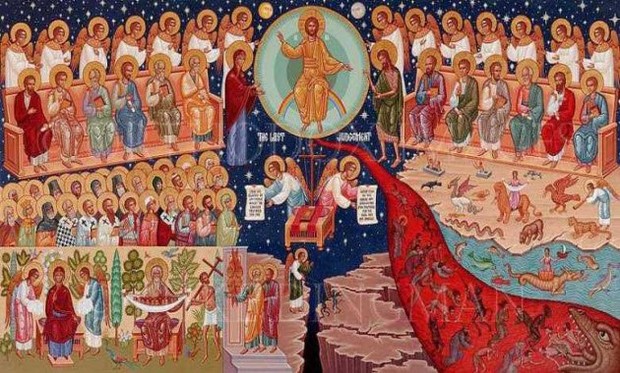