Sulton is using Smore newsletters to spread the word online.

Get email updates from Sulton: 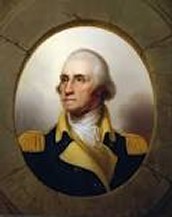 George Washington was born on February 22, 1732 in Mt. Vernon, Virginia. He was the oldest son of Mary and Augustine Washington. His father died when he was 11 years old. He was taught at home by his father and his brother Lawrence. George was strong, healthy, and athletic. He had very difficult relationship with his mother and she never took pride in him. In 1746, He was asked to move away for good and was probably happy to get away from his mother.

In 1759, George married Martha Custis and had step children, who are Martha's children named Jacky and Patsy. George was very good with his step-children ad he was like a real father to them. George ever introduced his wife and children to his own mother. When George was only 29 years old, his brother Lawrence died, and he lost the person he loved the most. He did not only love him, but also respected him. Lawrence was a commanding officer in the malitia; so when Lawrence died, George took his place. 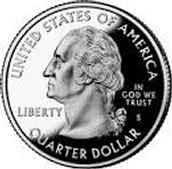 George was a commanding officer in local Malitia. He fought in French ad Indian war from 1754-1763 along with the British Army, and was a Lt. Colonel at that time. When a general of the British Army died, George became a general, and he was only 22 years old. Many years later, Great Britain won the war. Years later after that, the 13 colonies had bad relationships with Great Britain and entered a war in 1775. The war was known as the American Revolutionary War or the American Revolution. George Washington was the General of the Continental Armies. In 1781, The Americans defeated the British Forces ad the war was over. No one in America had to obey the King of England. America then created a new government. Americans had stated, without Washington they would not have won the war against Britain. 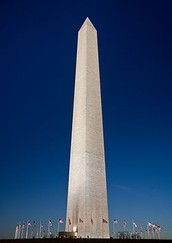 In 1789, Washington became the President of the brand new United States. He was the most famous man in the country and everybody loved him. He had served two terms as president and his vice president John Adams became president. Two years after his second term ended, in 1799, he had pneumonia and died in December, 1799. His portrait is on $1 bill and on a quarter(25 cents). His face was carved on Mt. Rushmore, South Dakota. In 1880, in Washington, D.C, Americans had built Washinton Monument. George Washington is our famous America hero.

Sulton is using Smore newsletters to spread the word online.