adi is using Smore newsletters to spread the word online.

Get email updates from adi:

the tallest man in the world

the tallest man in the world

Tallest man ever recorded , that for his height ( 2.72 meters )Weld city of Alton , Illinois in the United States . High infant was normal until the age of four grown as expected was a kid his age to grow . After this age, ranging from rapid growth due to the huge disease from which he suffered . The disease was manifested in his pituitary gland , backgammon and increased activity . At the age of 8 was six inches and 188 at age 13 was announced as " the world's highest viewer " . So high was 2.72 m . His hands are the largest ever recorded . 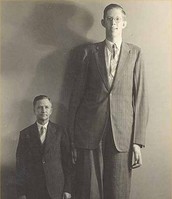 In this picture with his father Robert 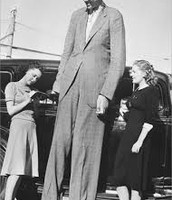 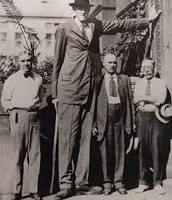 Robert and his friends 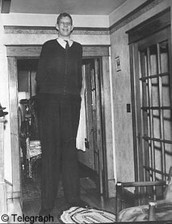 Wadlow has never stopped growing , and eventually reached a height of 2.72 m and a weight of 199 kg . Height it difficult for him to walk , and is on crutches special for that. Wadlow died at age 22 as a result of an infection in his leg , and was buried in his hometown of Alton . Funeral of Wadlow 12 people were required to carry the coffin was 3.28 meters long

adi is using Smore newsletters to spread the word online.