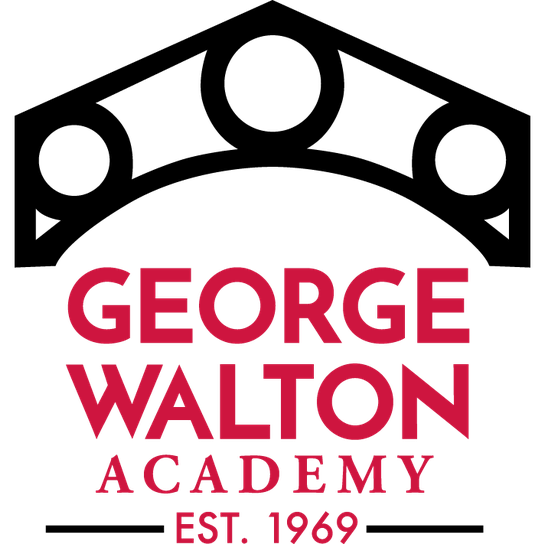 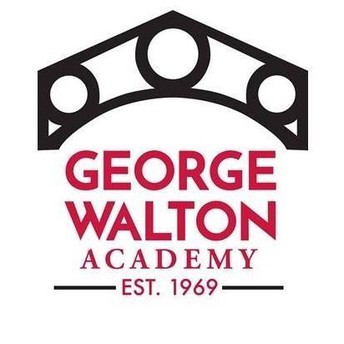 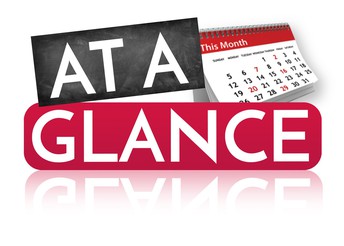 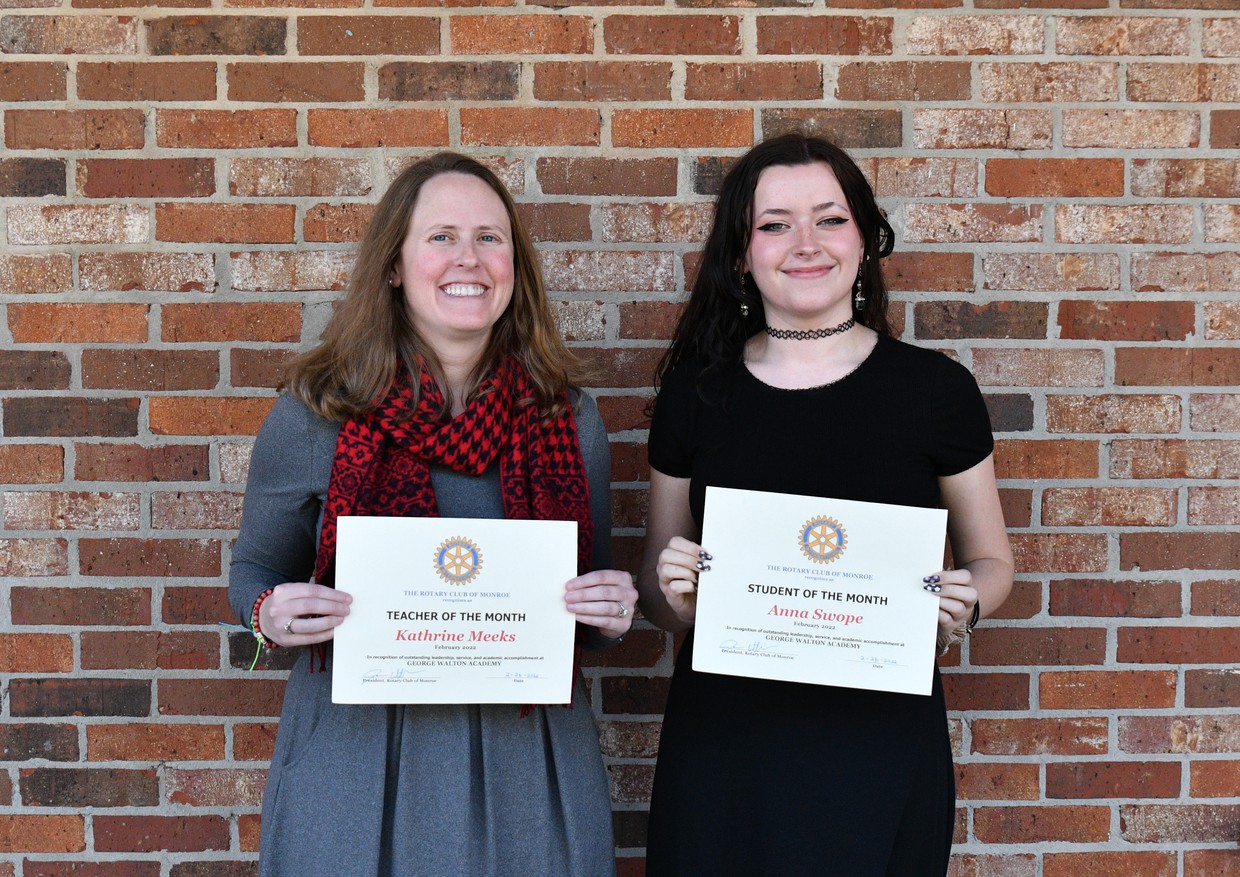 Anna Swope is Student of the Month

Anna Swope has been chosen as Rotary Student of the Month for February. She has selected history teacher Katherine Meeks as Teacher of the Month. Anna is an AP Scholar with Distinction, a Wofford Scholar, a Presbyterian Fellow, and has attended Georgia’s Governor’s Honors Program. She has earned the UGA Certificate of Merit and has been named to GWA’s Best of the Best and the Head of School list. Anna’s artistic talents yielded first place in the GISA and SECIS visual arts competition as well as second place in the Congressional Art Show. She is a member of National Honor Society (vice president), Beta Club, Socratic Circle (president), Mu Alpha Theta (president), and Latin Club. Anna supported the girls’ varsity volleyball as their team manager. She serves her school and the greater community through her club affiliations and leadership.

Anna will become a Georgia Tech Yellow Jacket this fall where she plans to study mathematics, and she looks to pursue a doctorate in the future. Congratulations to Anna and Mrs. Meeks! 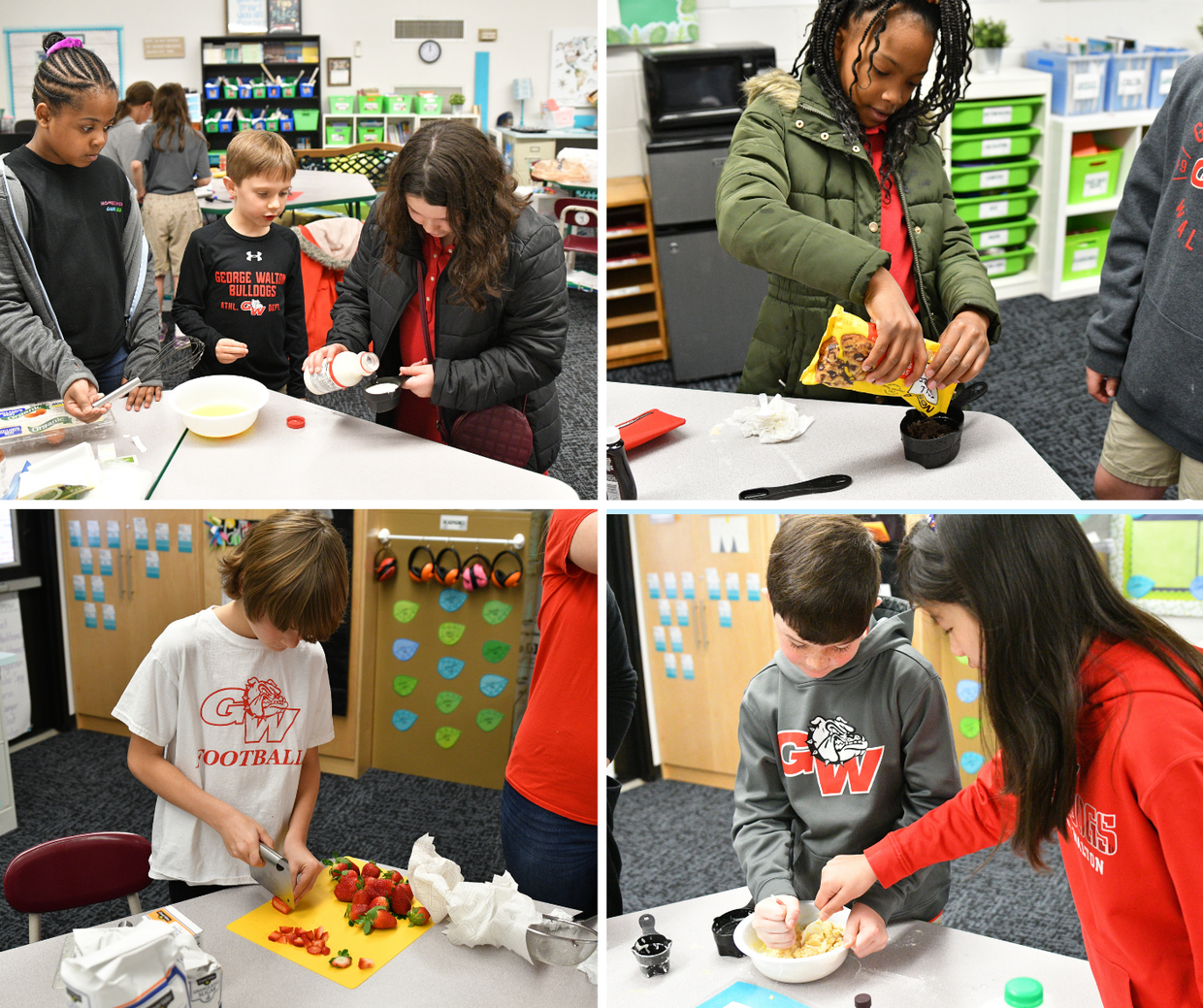 Mrs. Griggs' math students enjoyed a fun final activity as part of their equivalent and comparing fractions unit. The students were given a “wonky” recipe that they had to fix in order to prepare their dish. Fractions had to be simplified and added together (depending on the group) and then they could begin. They also learned about different measurement tools and baking accuracy to bring in some real world skills. Great job, fourth graders! 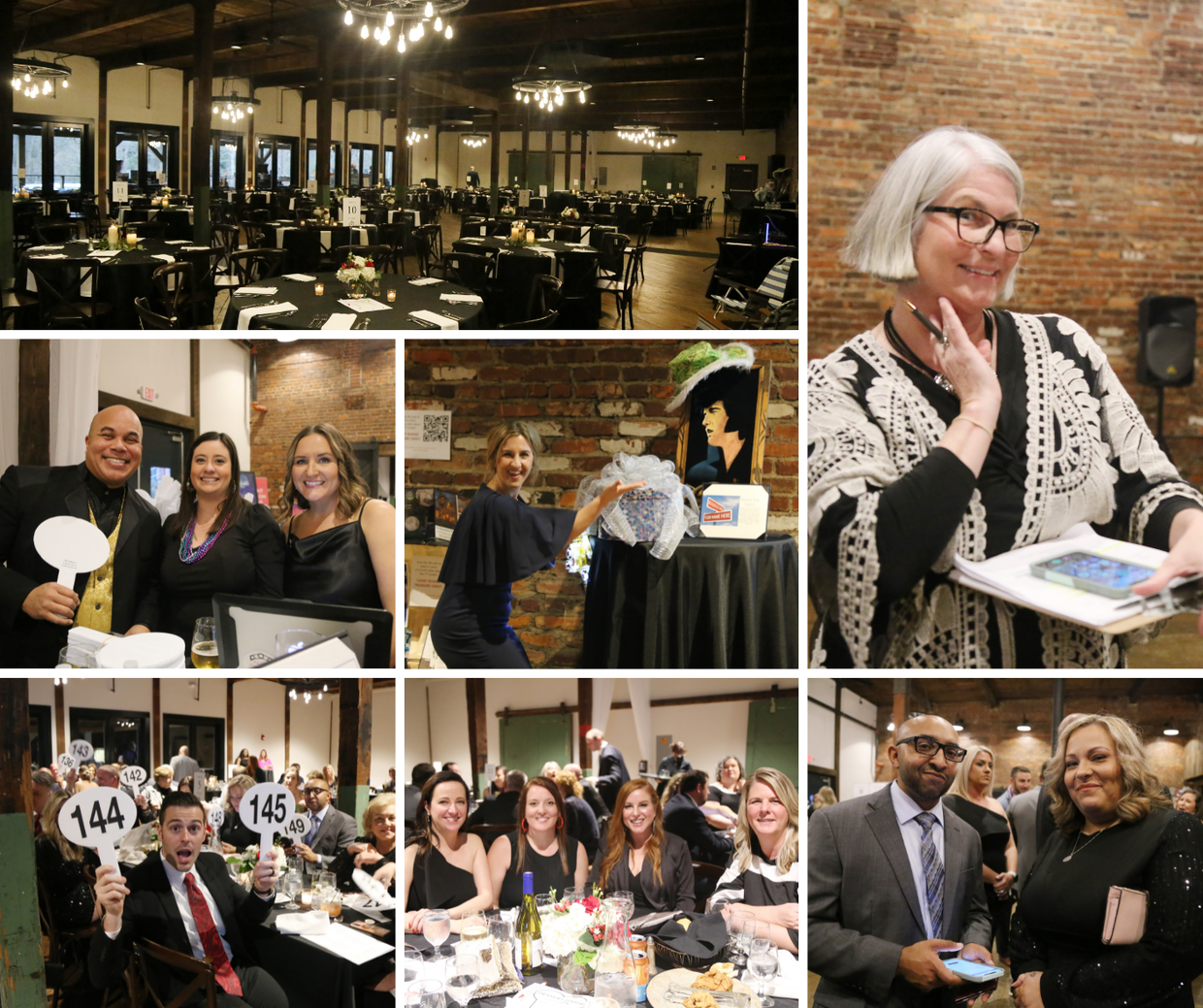 All we can say is WOW! This year's Lucky Dawg Gala and Benefit Auction was over the top. We are still working on finalizing our totals but our estimated net is $240,123! Our grade projects were spectacular, we had awesome silent auction items and our donors responded to our fund-a-need for security upgrades on campus! We appreciate everyone who made this evening a success!

Special thanks and kudos to Jeanie Beach! This was her final gala event after many years at the helm and she is definitely going out with a bang! 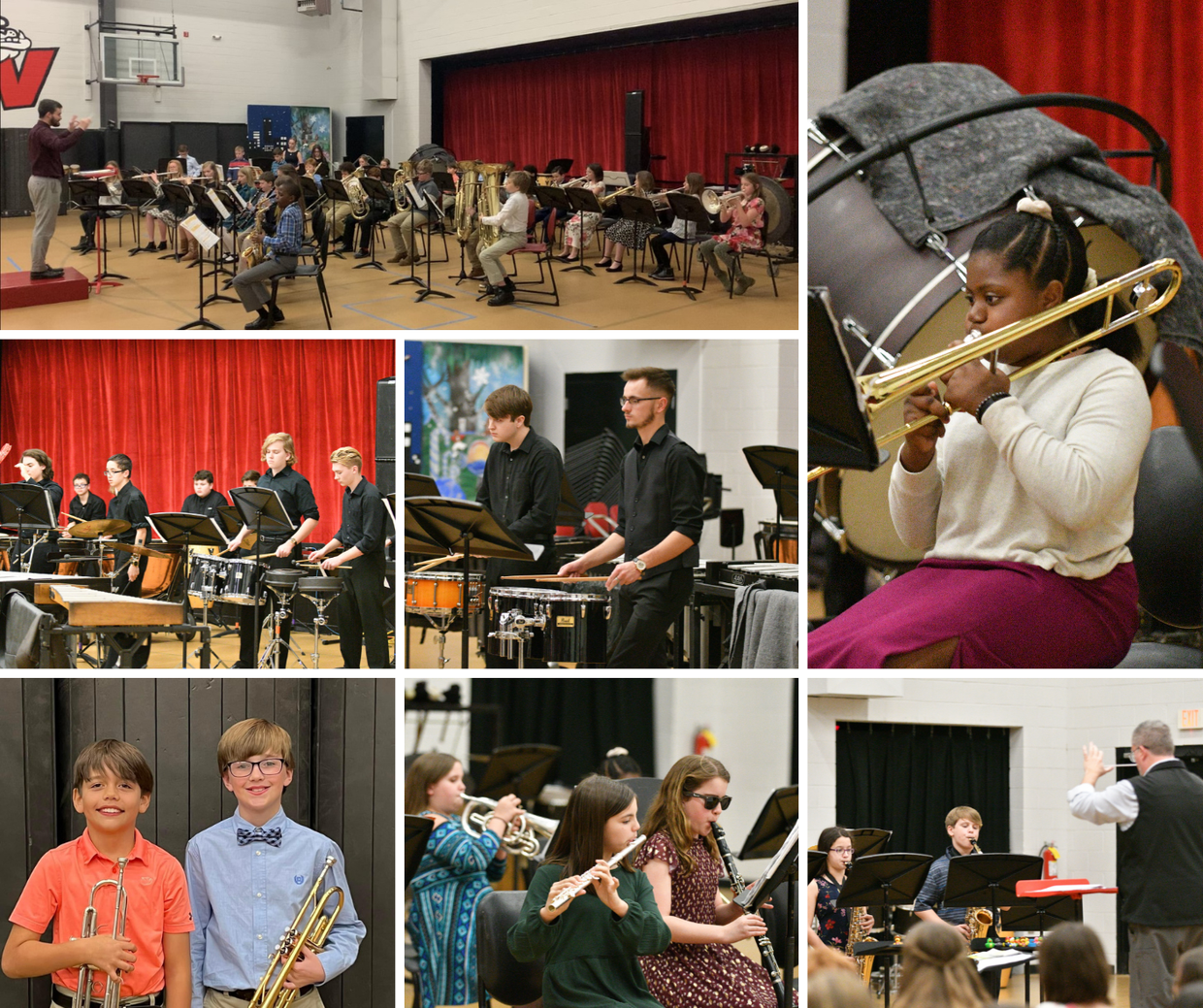 Bringing Music to the Lower, Middle and High School!

Congratulations to all of our 5th-12th grade students who performed in our Young Person's and Percussion Theater Concert on Tuesday night.

We transformed the Lower School Gym into a concert hall, where the 5th Grade Bull Pup Band and the 6th Grade Jr. Bulldog Band performed their new program for a packed house! They put on their second concert of the year and knocked it out of the concert hall!

They were joined by the Middle and High School Percussion Theater that performed three new pieces that evening with roaring success and bringing down the house with a standing ovation!

What a great night for making music and thanks to everyone who came out and experienced the show! 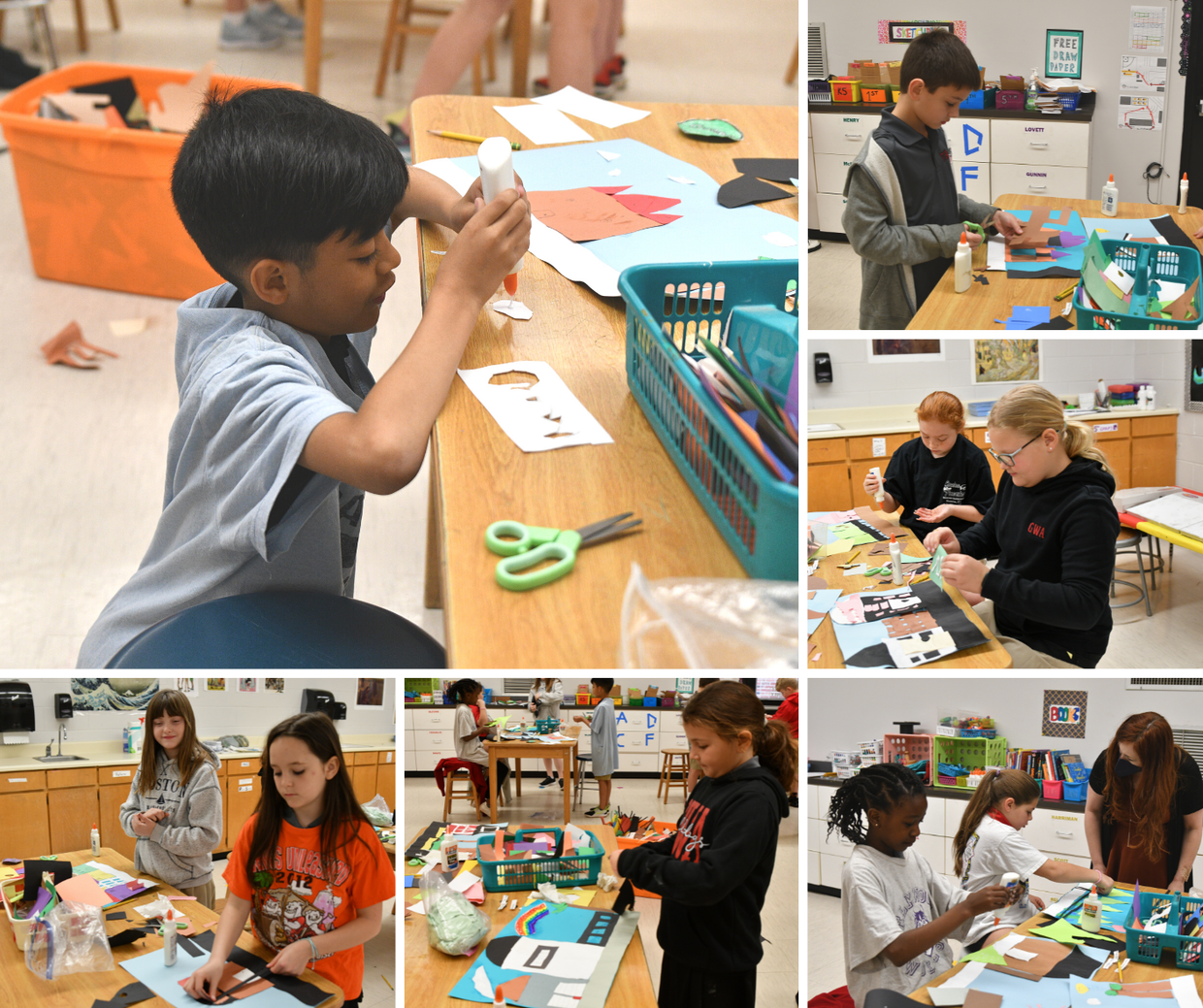 Mrs. Carver’s third-grade students studied African American artist Jacob Lawrence and the Harlem Renaissance - a period during the 1920's when African American achievements in art, music, and literature flourished. Students learned about the art of Jacob Lawrence and how he used pattern and repetition to capture the rhythm of the neighborhood that surrounded him. Third graders created collage art using the same elements of pattern and repetition to showcase their own surrounding neighborhoods. 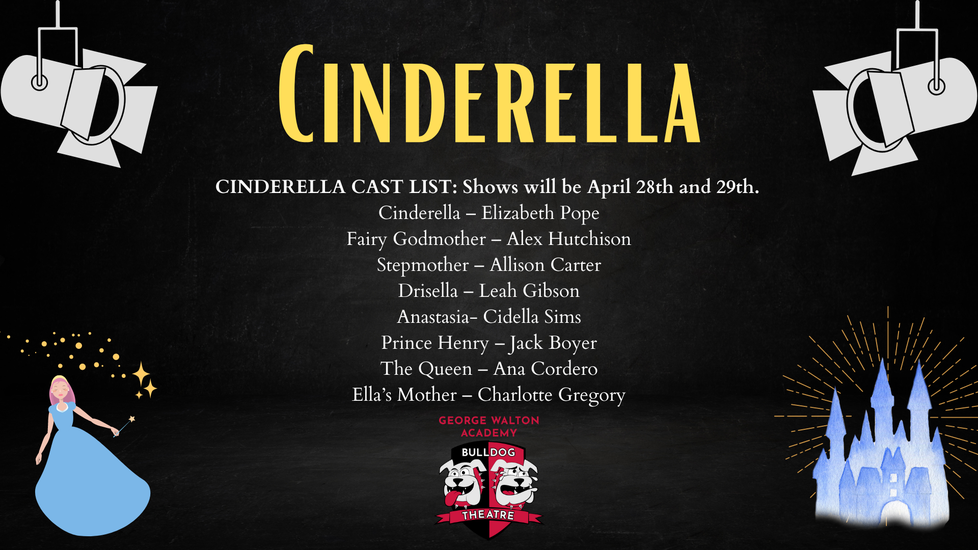 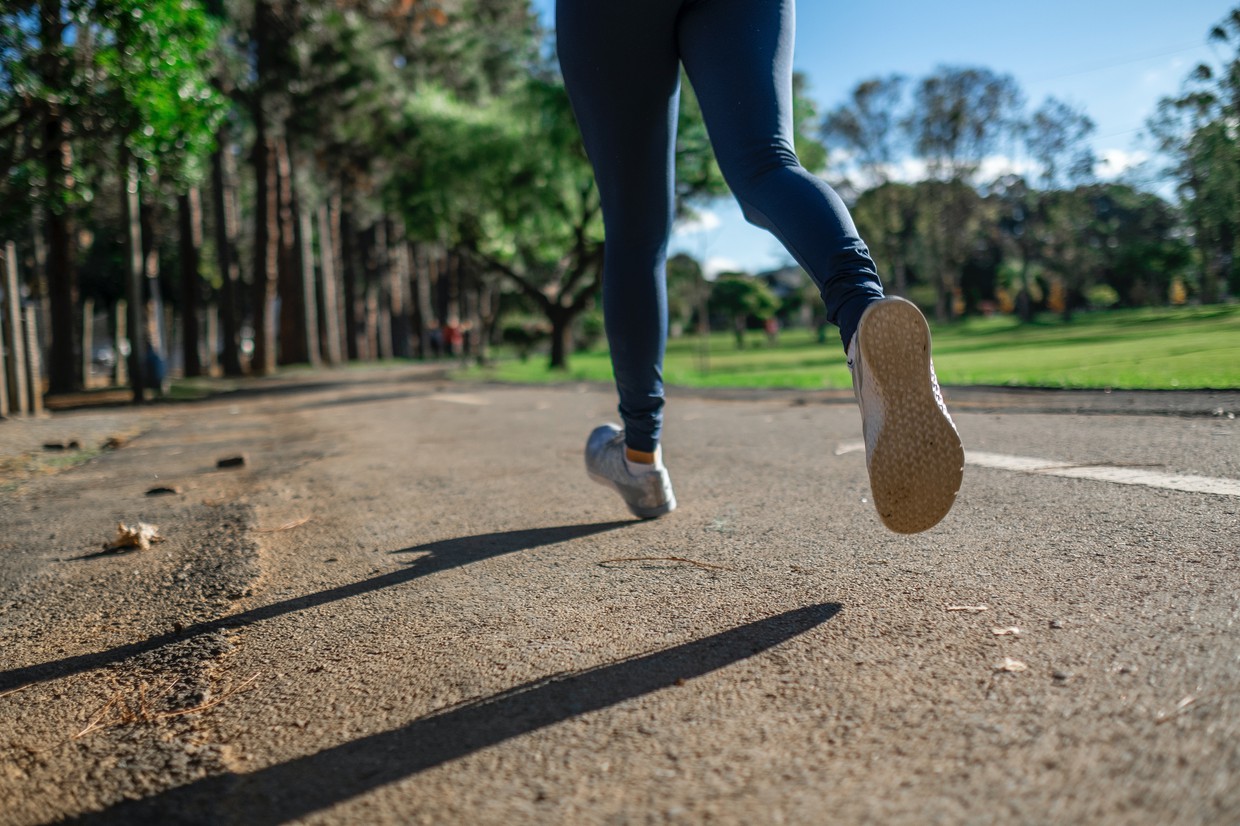 Tomorrow is March fourth, a day celebrated by some as a chance to march forth and move on from the past. On this unofficial holiday, people make time to do something good for themselves or the community or do something they’ve been wanting to do. Write down something you want to leave behind, then rip it up, and do something to help you move forward. Happy March Forth! 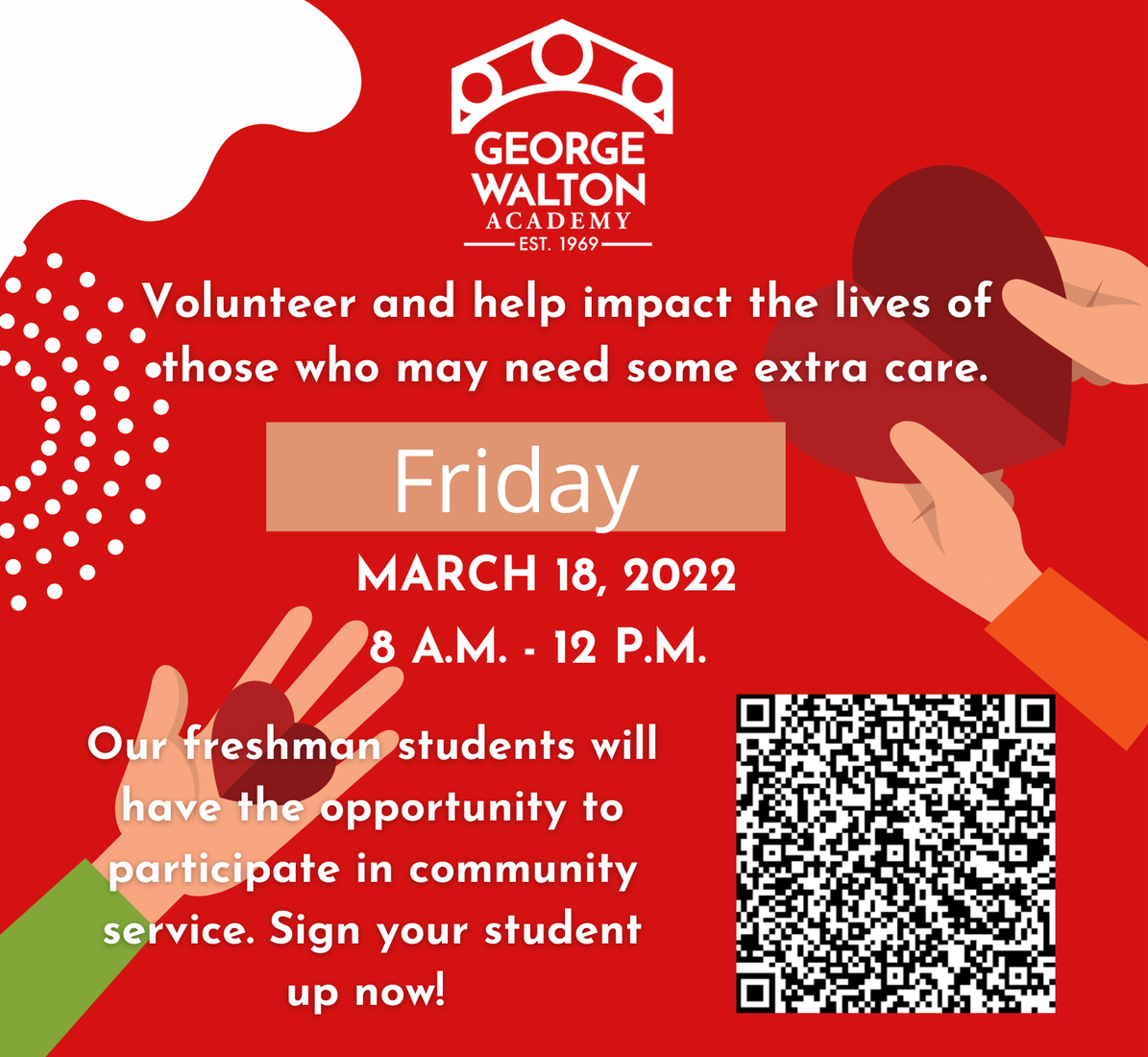 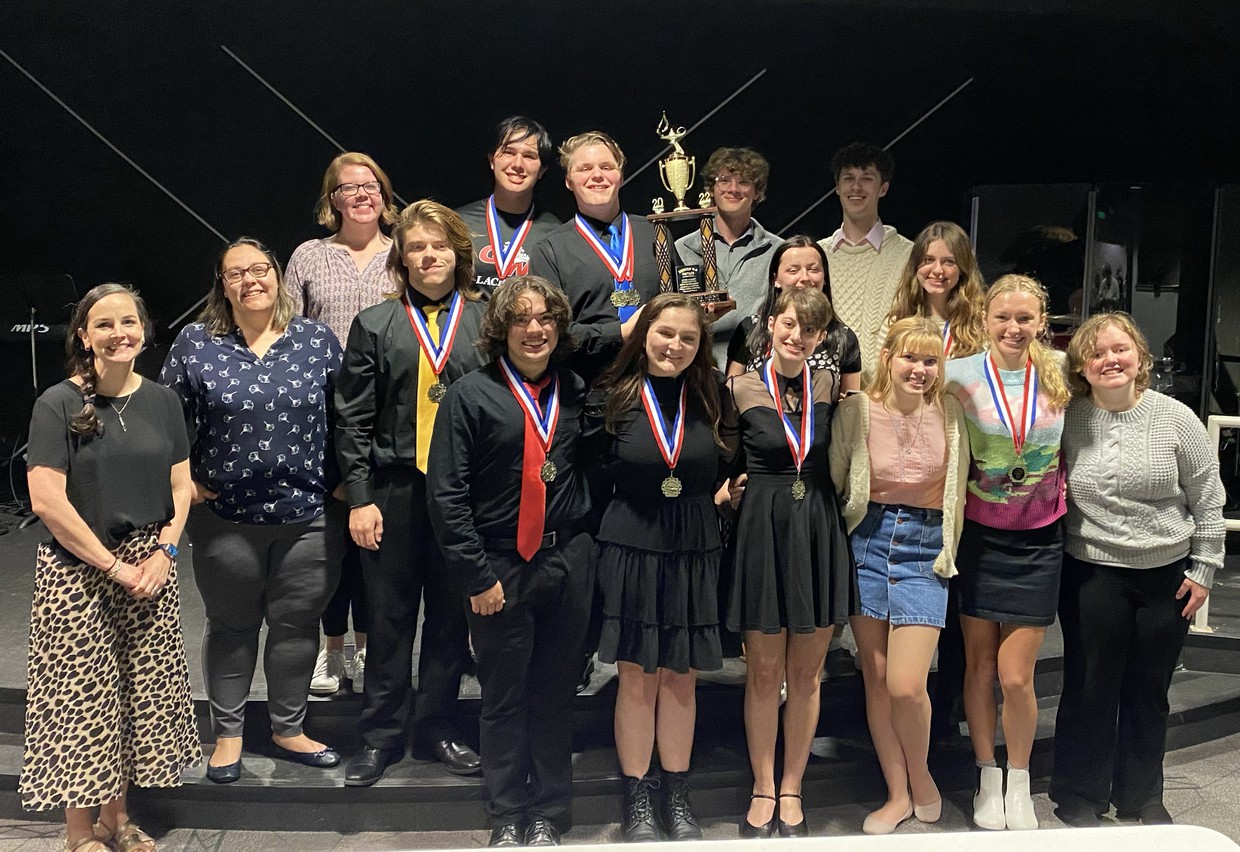 Congratulations to our George Walton Academy Literary team on being named Region Champs at the 2022 Region Literary Competition!

Students headed to compete in the State Championship on March 19 are first-place winners:

Also, huge congratulations to our second-place students, who worked so hard at their performances and helped to clinch the Region title:

Thank you to our coaches, Corrie Beth Noll, Paula Gerhardt, and Tricia Fissette for your work with our students. 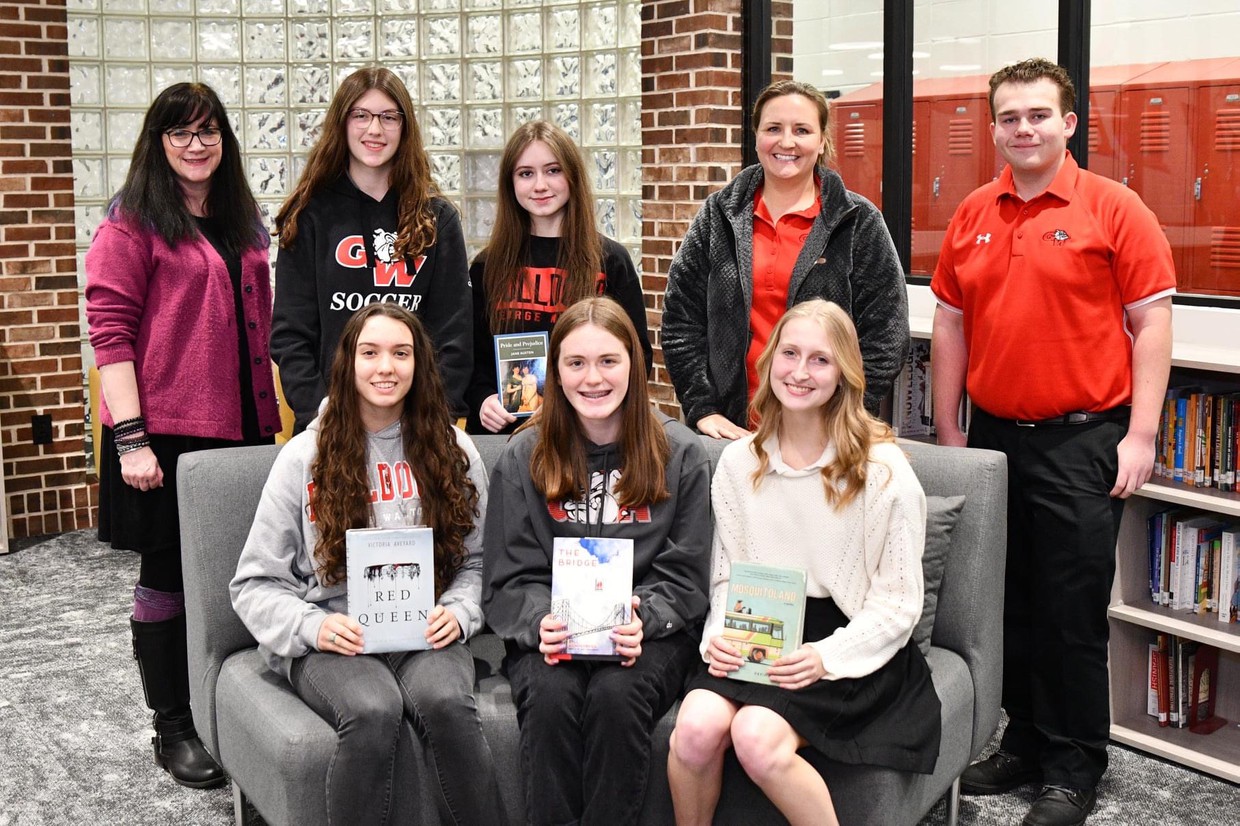 The Word Nerds, our high school book club, has read a variety of books this year from the classic "Pride and Prejudice" to the mysterious "A Good Girl’s Guide to Murder" to the futuristic "Unwind." These books have provided some thought-provoking and often heated discussions. The club meets during lunch once a month and always welcomes new members. 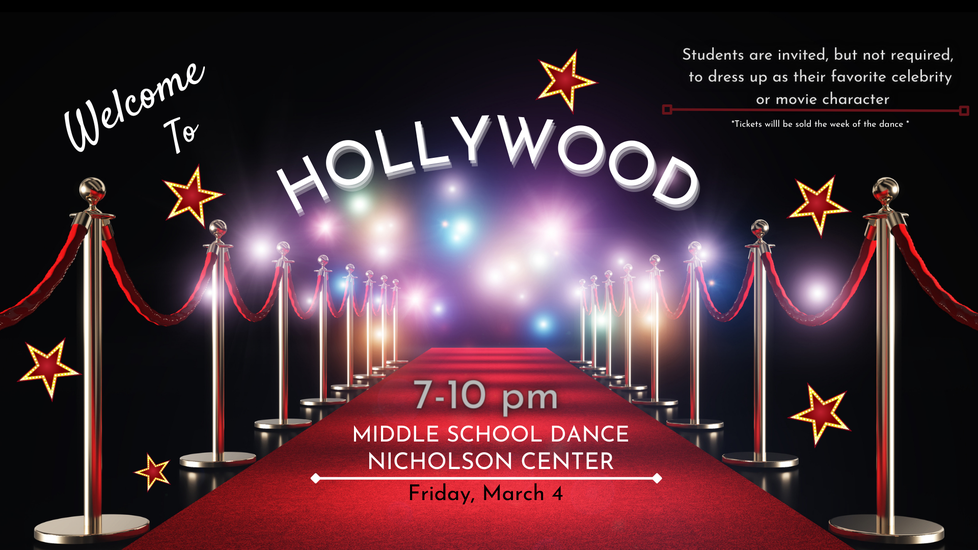 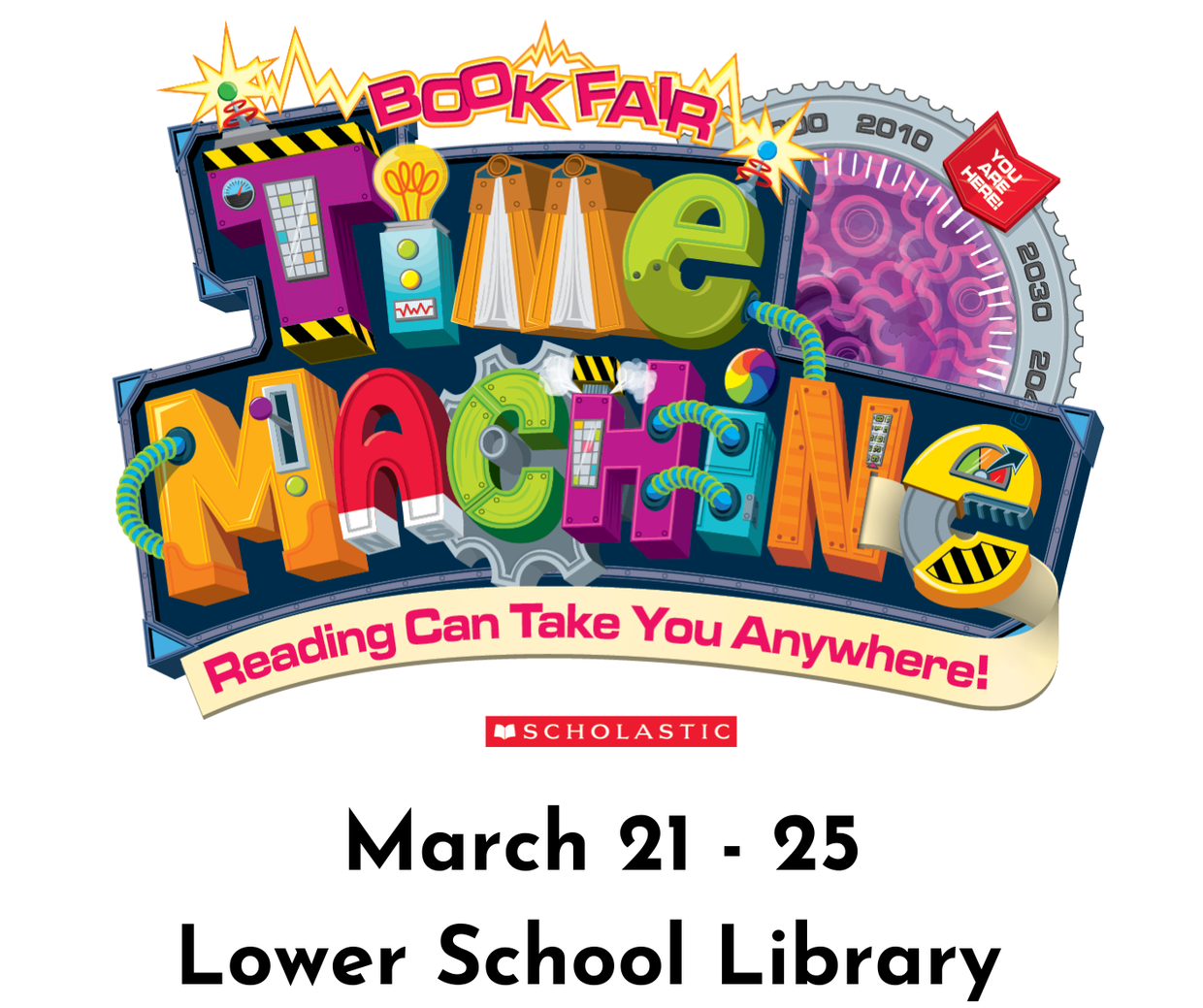 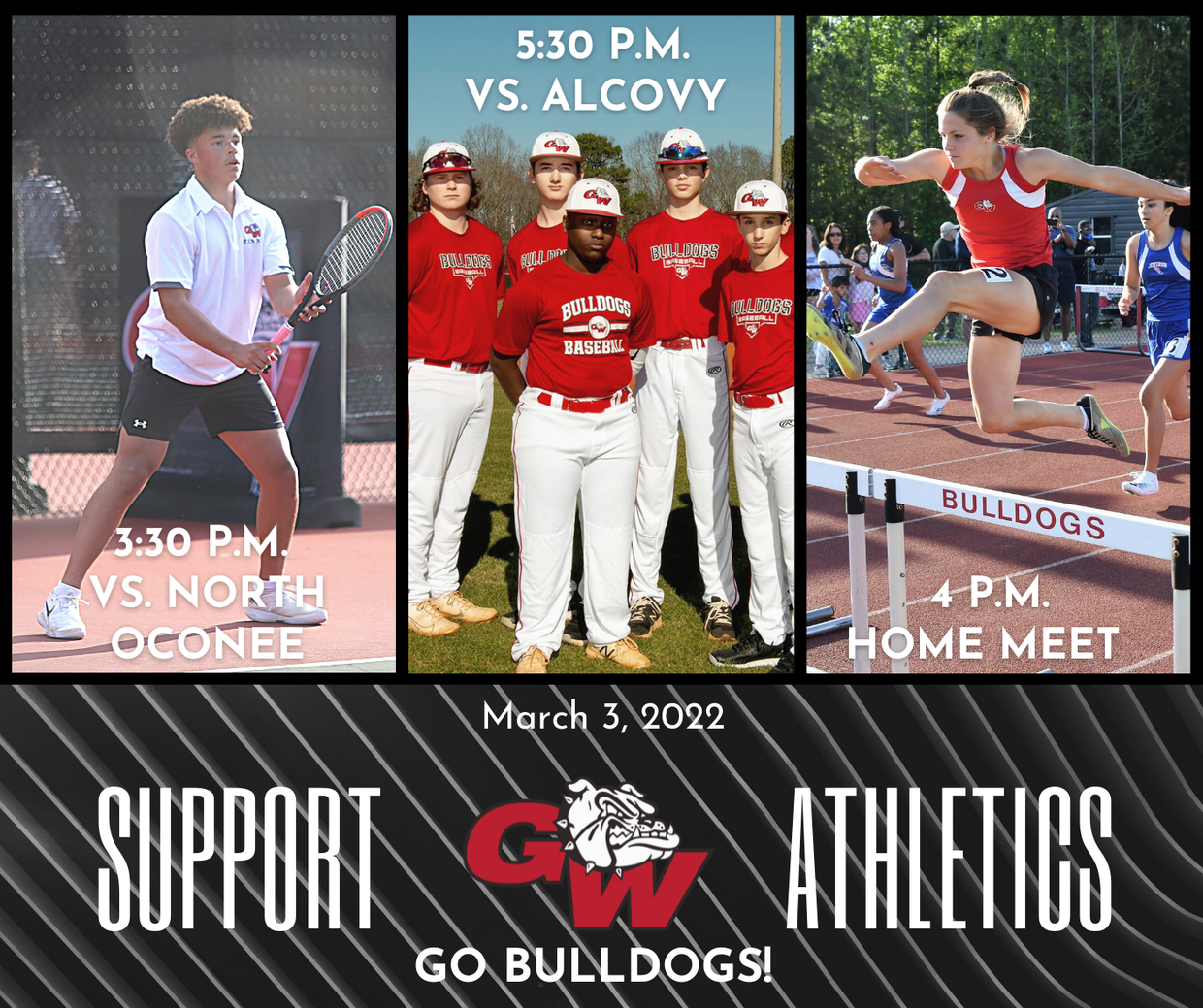 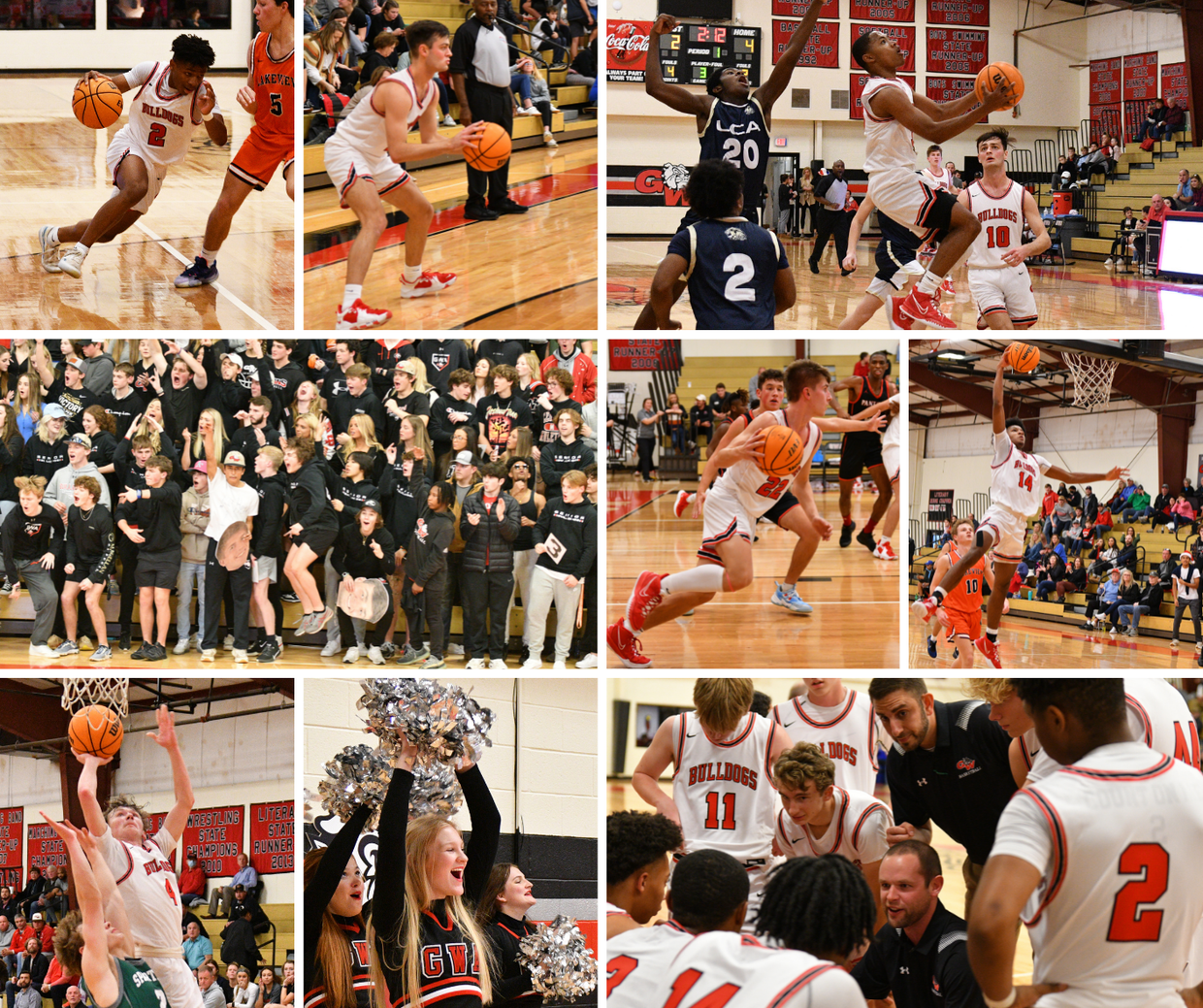 A Season to Remember

Our 2021-2022 Boys basketball team enjoyed a year of much success highlighted by the regular-season region championship, second consecutive playoff berth, and the first sweet sixteen appearance since 2011. Our spirited student section was unreal and the players and coaches are so appreciative of everyone who made it such a fun season.

The Bulldogs were led this year by a fantastic group of seniors including Noah Hicks, Kennedy Johnson, Will Herren, Nick Johnson, and Nathan Purvis who have contributed so much to the basketball program during their time in high school.

“It’s always great to win games, but this group was special because it was one of the closest that I’ve ever been around. The team comradery and bonding was something that I will always remember. This group was special on the court but as good as they were on the floor, what makes them special is the type of young men that they are," said Coach Matt Reynolds.

We certainly wish all of our seniors well as they finish up their senior year and know they all have exciting next chapters, and we can't wait to keep up with them on their journey. As for the younger players, many are already back at work preparing for the next season! 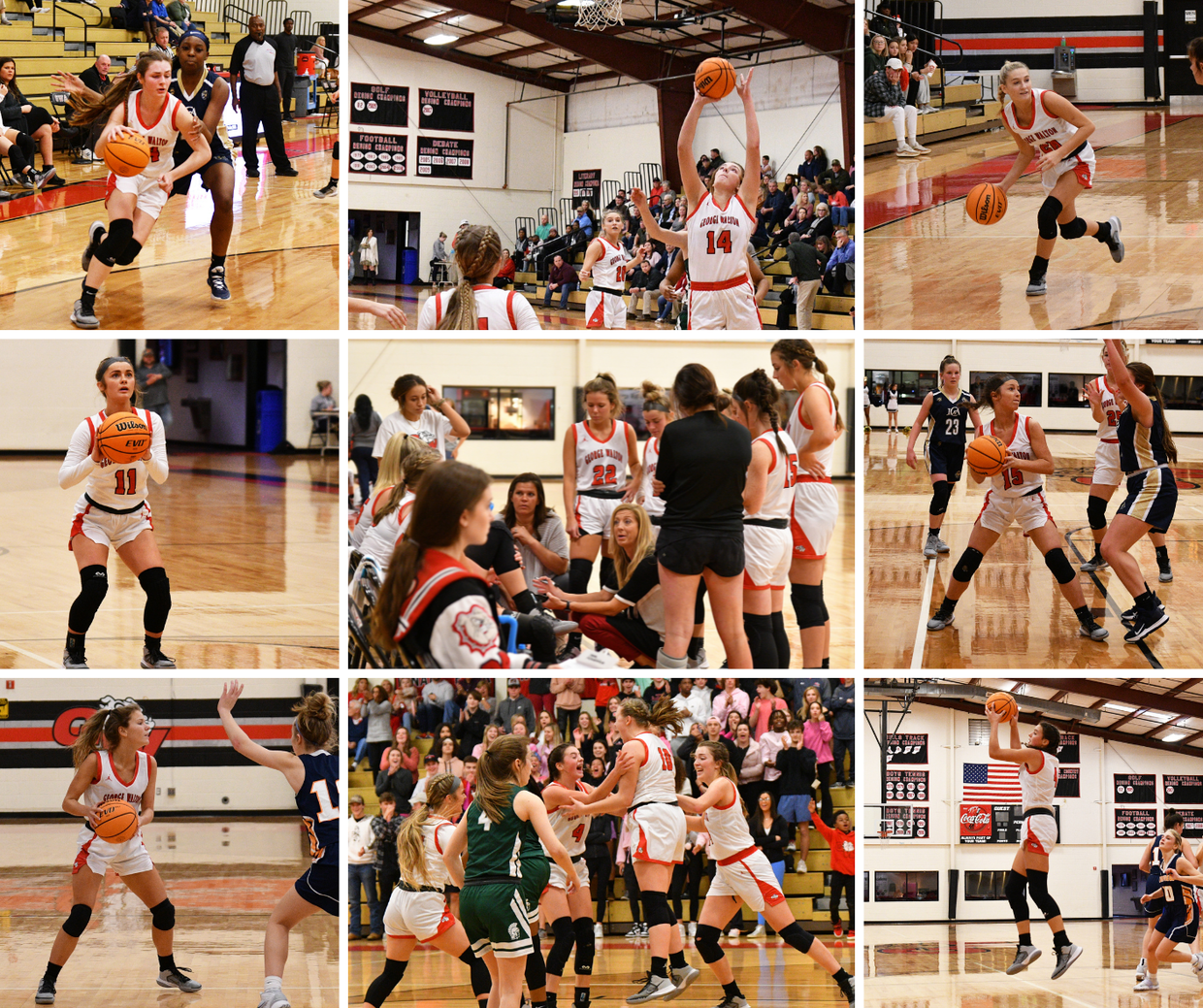 The Lady Dawgs had an impressive 2021-2022 season! They competed well against tough opponents and earned wins over some bigger schools like Walnut Grove and Monroe Area. In Region play, the girls had wins over Athens Academy and Prince Avenue. The seniors contributed greatly to the team’s success and to the program for the past four years. They will surely be missed.

Coach Lori Hines commented, “This group of players came straight from softball, volleyball, cross country, and competitive cheerleading with NO days off and showed up for basketball ready to play. I am so proud of this group and so blessed to have them. I can’t wait to see what they will do in the spring and next year in fall sports!”

Congratulations to Coach Hines, Coach Martin, and the players!

Congratulations to our boys’ varsity tennis team on their 4-1 win in a region match over Athens Christian! Chase Jocelyn and Calan Fortunat won at number 1 doubles, 9-7. Evan Phillips clinched the meet at 2 singles, winning 8-0!

The girls continue their winning streak with a 5-0 victory over ACS! Ellie Lang clinched the meet at 2 singles, winning 8-0! Way to go, Bulldogs! 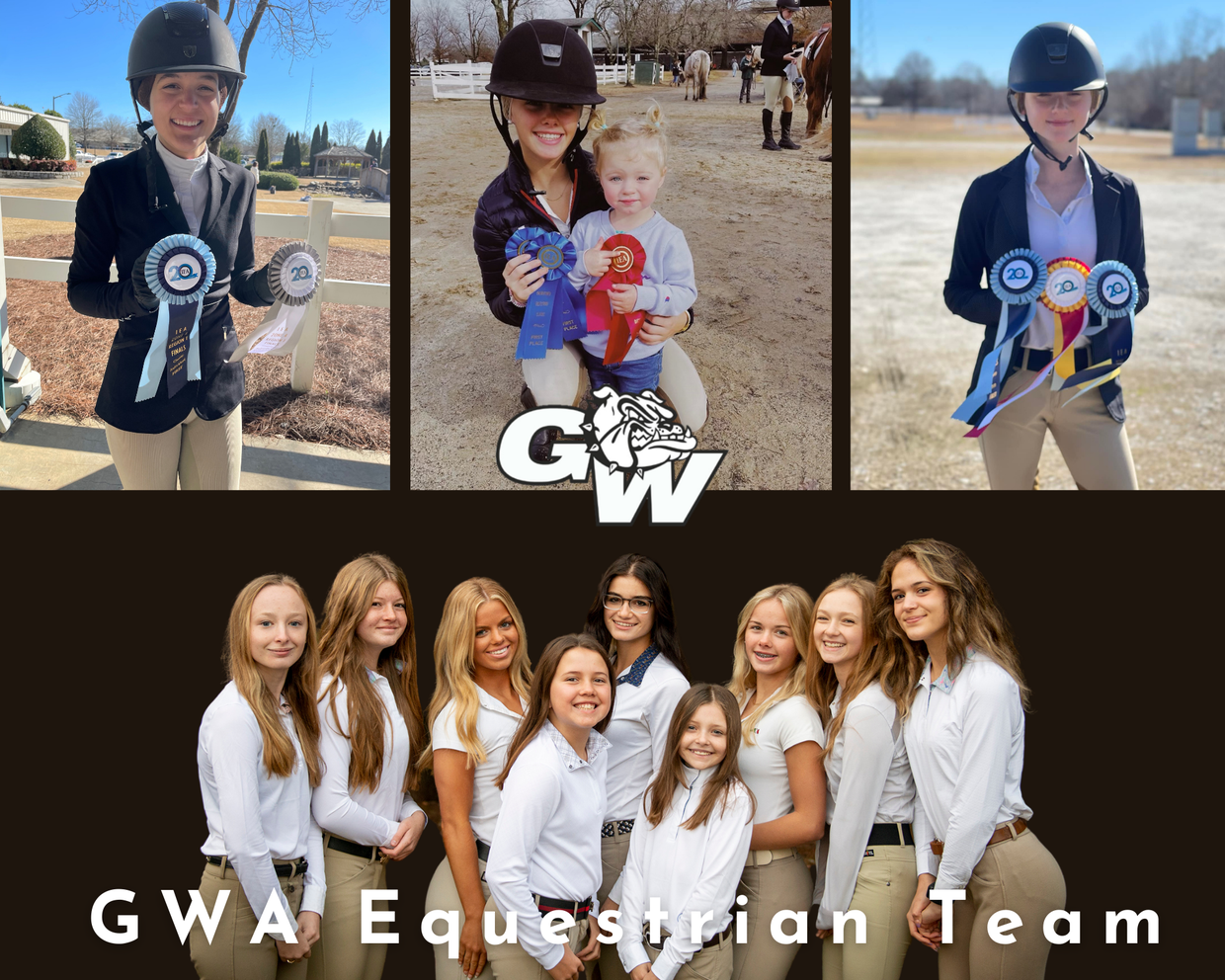 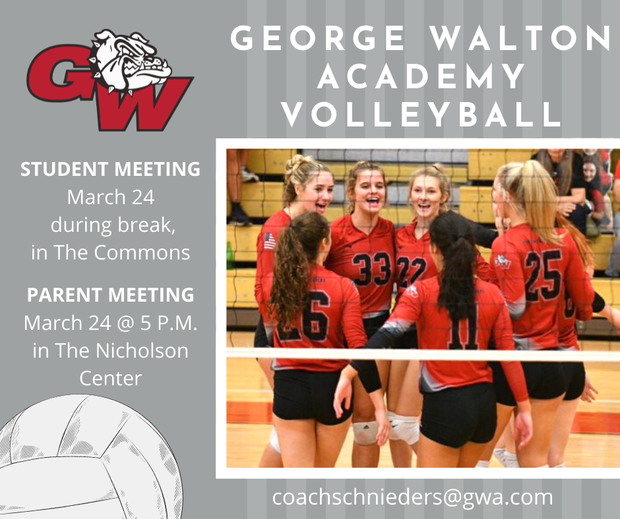 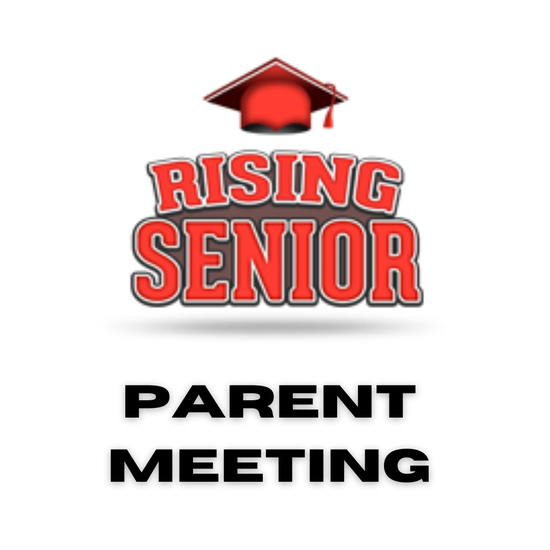 Getting Ready for Senior Year

Rising senior parents, please mark your calendars for an important meeting on Tuesday, May 24 at 6 p.m. in the Nicholson Center. We ask that at least one parent attend this meeting. We will preview the upcoming senior year and the counseling department will share important information. 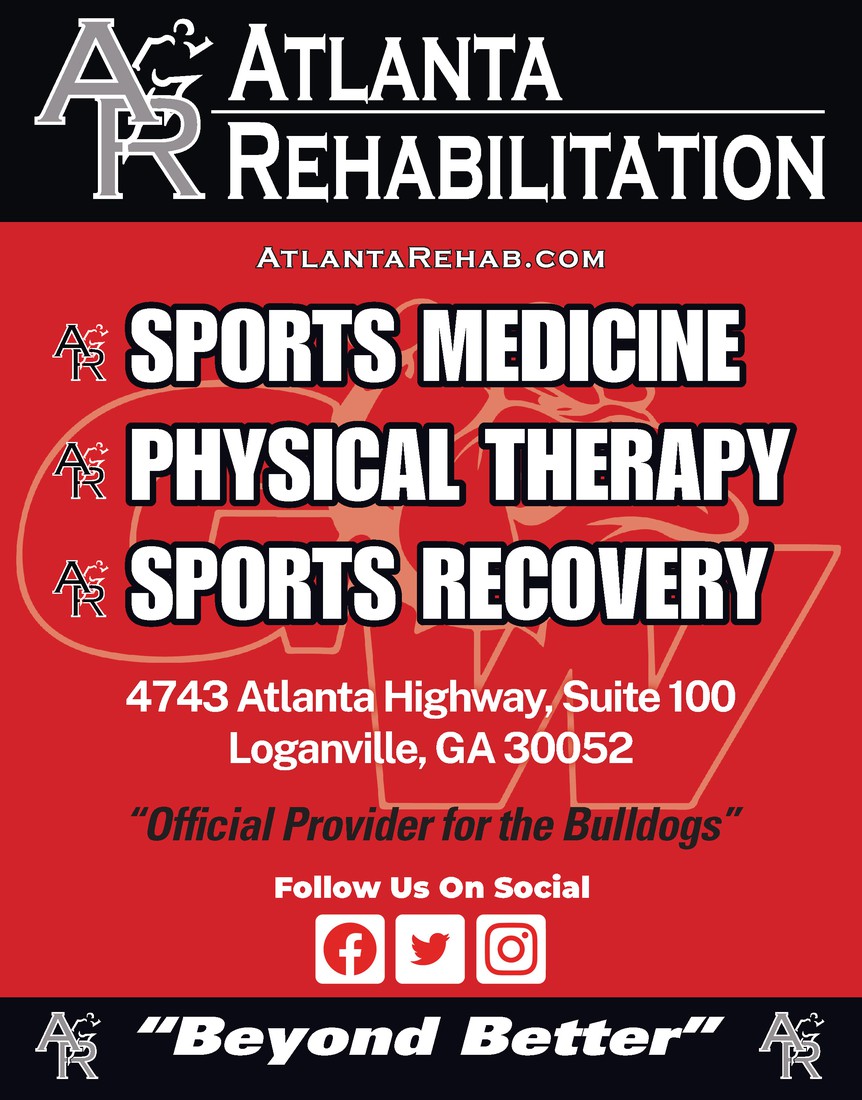