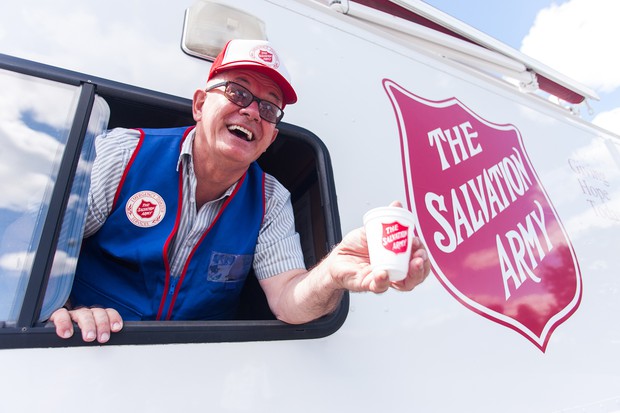 When readers see the above title, those with a financial background will probably think first of the territory’s assets shown on its consolidated balance sheet. These are indeed impressive, totalling almost $1.7 billion as at March 31, 2016, all but 4% represented by securities of $939 million and tangible capital assets (mainly land and buildings) of $685 million.

The Salvation Army is keenly aware of its stewardship responsibility for these assets. With regard to the securities, a series of three articles on how the vitally important “prudent investor” concept is applied starts in this issue.

But the Army in Canada and Bermuda is blessed with other assets, which are at least as valuable as those reflected on its balance sheet. Think, for example, of:

We have a responsibility that transcends the balance sheet assets, and need to play our part, by action and example, in enhancing the Army’s other assets.

The Army as Prudent Investor - Part I

The prudent investor rule is a guideline that requires trustees to invest assets using the same care as if they were their own. Prudent investors make investment decisions based on the needs of the ultimate beneficiaries of the funds to be invested, the need for regular income and the preservation of capital.

With assets of $967 million in its General Investment Fund as of September 30, 2016, the Army is a significant institutional investor in Canada. So, who actually manages this money, and how is it carried out? Can the Army be characterized as a prudent investor?

The overall investment management program is overseen by the Territorial Management Board and its subcommittee, the Territorial Finance Council. This work is helped considerably by the Investment Advisory Committee, with volunteer external expertise brought on to supplement in-house knowledge and experience. The territorial secretary for business administration, territorial financial secretary and director of investments serve, along with between four and seven volunteers, who serve three year terms, renewable for a maximum of two terms. Typically, these volunteers are individuals with experience in both the “buy” and “sell” side of the investment business; both perspectives are invaluable to the work of the committee.

The role of the Investment Advisory Committee is to provide advice to the Army with respect to the development of investment policy, the retention of investment management and other service providers, and the overall management of the fund to meet the Army’s objectives. This work is supplemented by staff, primarily the financial secretary and the director of investments, who are responsible for implementing recommendations of the committee that have been approved by the Territorial Finance Council.

In Part II, we further explore the framework in which investment decisions are made.

There have only been two international accounting manuals produced in the history of The Salvation Army. The first was produced around the turn of the last century. The second, the Manual of Accountancy Policies & Procedures (the “MAPP”) was issued in 1989, with the intention that it would be updated regularly. Unfortunately, that never happened.

During the last quarter of a century, much has changed in the world of Salvation Army finance and accounting and, as a result, International Headquarters formed a committee comprised of Army staff from around the world to update the MAPP to make it relevant for the 21st century.

With the General’s call to accountability, it was perfect timing to consider how to strengthen the accountability for Salvation Army territories and their finance departments.

The group, which Included Paul Goodyear, Territorial Financial Secretary, met for three conferences, two at Sunbury Court in England in August 2015 and June 2016 and a third in Johannesburg, South Africa, in December 2015.

Three consultation papers were produced and distributed around the world with a request for input from Army territories. In addition, coinciding with the Africa conference, members of the committee visited three African territories (Kenya East, Mozambique and Zimbabwe) for the purpose of engaging in dialogue with local staff to ensure that the proposals being developed would work, not only in large territories in the western world, but also in both large and small territories in the developing world.

The end result, which is expected to be published in 2017, is a new International Financial & Accounting Standards Manual (“IFAS”), a significantly revised and expanded work that will guide Salvation Army accounting and finance policies and procedures and ensure a common reporting standard for some time to come.

The Army's accounting in Canada is largely already in line with the new standards. There will be some implications for us, but they will primarily affect THQ's accounting and financial reporting, not that of divisions and ministry units. 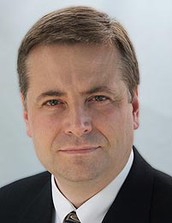 Who's Who: R. Paul Goodyear

Paul Goodyear is the territorial financial secretary, a post he has held since 2001. Since joining the finance department at THQ in 1987, he has held a number of financial roles, including chief accountant and assistant financial secretary. He is the only layperson in the Army world to have been granted the title of financial secretary, this title normally being reserved for officers who hold the role, and he is the first layperson to lead the finance department in Canada and Bermuda. By virtue of his role, he is also the secretary and a member of the Governing Council, the Army's primary corporation with responsibility for its corporate and temporal affairs and the first layperson to hold membership since it was formed in 1909.

Did You Know? Benefits of Volunteering

A review led by the Rotman Research Institute at Baycrest Health Sciences Centre in Toronto (a global leader in research on brain health and aging) examined 73 studies published over the last 45 years involving adults aged 50-plus who were in formal volunteering roles. Among the key findings: volunteering is associated with reductions in symptoms of depression, better overall health, fewer functional limitations and greater longevity. Feeling appreciated or needed as a volunteer appears to amplify the relationship between volunteering and psychosocial well-being.