Rosemarie is using Smore newsletters to spread the word online.

Get email updates from Rosemarie:

Fencing through the ages

How has fencing changed in time to become an Olympic sport?

Fencing through the ages

How has fencing changed in time to become an Olympic sport? 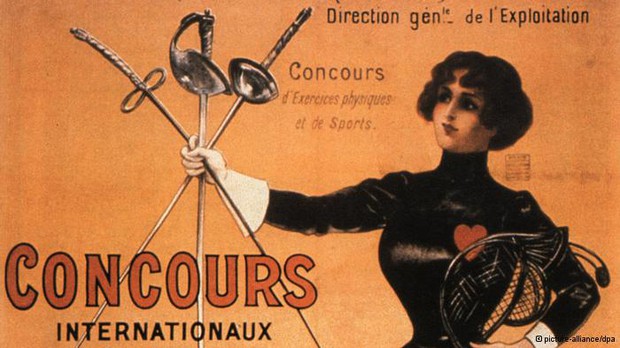 French Fencing today has taken on many changes throughout history to make it the Olympic sport that it is today. It was originally created in Ancient Egypt, at approximately 1200B.C. However it took more of a hold in Europe in the Middle ages. Fencing was used as a method of fighting, just as dueling was at this time. It was particularly popular in Spain, Italy and France. As its popularity increased, developments were made to the sport to be better adapting to the Europeans in the Medieval Age.

Later on, France particularly engaged fencing, not just as a form of fighting, but as a sport, and a form of art. The French Queen Catherine de Médicis had Italian Fencing masters to come to France, and introduce Fencing. Her success resulted in her son, King Charles IX to officially recognize the French Fencing Academy, and awarded many hereditary titles to the new French fencing masters. From then on, Fencing really took off in France, and all over Europe.

Then the Frenchman Pierre de Coubertin designed the modern day Olympics. Then set rules were created for Fencing, so that it could be introduced as one of the first Olympic sports. Fencing has now been expanded worldwide.

Even now, the French and Italian Fencing Olympians are some the most successful Fencing Olympians in the world, and have had that title for a long time. Italy is currently rated first in Fencing in the London 2012 Olympic games. It just goes to show that the countries who figured prominently in the history of Fencing and its development are still dominant participants in the sport.

Rosemarie is using Smore newsletters to spread the word online.

Follow Rosemarie Moore
Contact Rosemarie Moore
Embed code is for website/blog and not email. To embed your newsletter in a Mass Notification System, click HERE to see how or reach out to support@smore.com
close