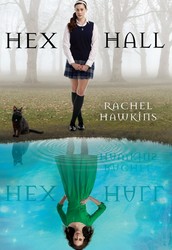 Rachel Hawkins, a New York Times Bestseller, has now written the Hex Hall series starting with the book Hex Hall, in 2010. 16 year old Sophie Mercer, a witch who goes to an ordinary high school,who has moved around the country since she got her powers at 13, has casted a love spell at prom, which goes horribly wrong. This lands her in a prodigium school for shape shifters, witches, warlocks and faeries called Hecate Hall (Hex Hall). The only vampire on campus, besides Lord Byron, is Jenna Talbot and she becomes Sophie’s very best friend. Then things take a terrible turn, and people are dying. Who gets blamed for this? Jenna, of course! In a twisted turn of events, Sophie finds out she may, or may not be, the most powerful witch in the world. This book is recommended for ages 13 and up, or 7th grade and up. I would rate this book about 4.5 stars, because it does include some flaws, like all books. For example, it doesn’t have something you wanted to happen in the book. Yet, the plot is engaging, and the characters feelings are emotional and also, hardcore, as Sophie is one tough girl. It’s a page turner, and has its romantic parts, but it’s more like a mix between emotions and mystery. But there is more to come as there are 3 books in the series. Hex Hall, Demon Glass, and Spellbound. In my opinion, Demon Glass is the best one, but they all are written amazingly, and Hawkins has done a good job. Recommended by Ashley Gradel. 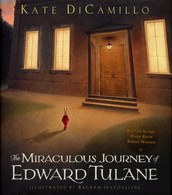 Book Review of The Miraculous Journey of Edward Tulane

At a house on Egypt Street lived a china rabbit named Edward. He was loved by a girl named Abilene Tulane. Edward and the Tulane family went on a ship to England for Abilene’s eleventh birthday. But when things turn bad two boys throw Edward overboard. Will this china rabbit make it back to Abilene?

Review: This book is very heart in your throat and heart- warming to all who reads this book. The author makes Edward sound so real. The book is upbeat, well most of the time. Some parts she wouldn’t give away to the reader. This book was well written and slow paced like many of the people that Edward was with took its time with them. It is told in Edward own words. This book has 210 pages and it’s a beloved book for all. I loved how the author can write about how this little china rabbit can do all these things like walk and talk. This is a first – twelfth grade book. This book is attention grabbing kind of book.

Plot: In the first chapter we meet Edward and the Tulane family. Abilene’s eleventh birthdays was coming up shortly. They went to England but Edward didn’t make it. Two boys started to throw him around on the ship stripping him of his outfit and threw him over board. Poor Edward sitting at the bottom of the sea for six months. 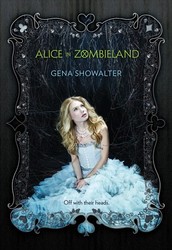 Book Review of Alice in Zombieland

Gena Showalter, a New York Times bestselling author, has written a series based on Alice in Wonderland. But it’s not the wonderland that you’re all familiar with. It’s Alice in Zombieland. Recommended for 7th grade and up this book is a mixture of horror, romance, and school drama. Alice Bell thought her family would always be together forever. With her mom, dad, and little sister Emma. But when Alice asks her mom if they could go see Emma’s dance recital, everything is about to change. “’Beware of the monsters!’” Alice’s dad always told her. That night the monsters got them. A car accident will leave Alice’s mom, dad and her beloved sister dead. Everyone she’s ever loved, gone. Alice is the only one who survived. She lands herself in the hospital, moves in with her grandparents, makes new friends, and after she said she wouldn’t feel love again after her family died she found love again. Her heart belongs to her ghost sister, Emma, her new best friend, Kat, and her new love, Cole Holland. She distinctly remembers what the car accident and what she saw. A white rabbit cloud. She will never forgive the monsters for the pain that they caused her. She soon see’s monsters in her grandparents backyard. A bride and a groom. She calls them bridezilla and the groom of doom. She plans to take them down and every other walking corpse. But she has to be careful like her dad says, “’If they see you, they will chase you. And if they catch you, they will devour you.’” Buts she’s not going to listen to her dead dad. She’s going to get revenge. The plot is astonishing and completely amazing! This book does get some boring and unnecessary parts that don’t really continue the story to keep you hooked. But then shortly go back to dramatic parts which get you engaged again. Because of this I rate this book 4.5 stars. This book is a series. The next book is called Through the Zombie Glass and I bet it will be just as good as this book. Recommended by Devan Rice. 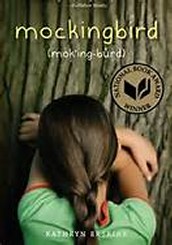 Plot: This book is about a girl named Catlin who struggles with Asperger’s syndrome, she struggles to find and express her feelings. Especially now after the tragic school shooting in which her older brother Deavan, died in. She comes up with the plan, she wants closure for her and the community, and can she find it and give it to everyone?

Review: This book is a very emotional story, the author gives out the message that even in the hardest of times things can get better. It is told in Catlin’s perspective. In her mind. I loved how much work the author put in all the details really helped summaries what happened. There is a lot of flashbacks in the book witch help put together little pieces of a back story. At some points the book can be hard to follow. Being told the way it is things are set up differently, such as instead of being in quotas the speech is italicized. Some of the speech is put together different mostly only when Catlin talks. It is a very fast paced story, things go very quickly. This book has 232 pages so it is a quick read. This book is about sixth to seventh reading level. I rate this book 5.5 stars. This book is based off of the shooting at Virginia tech university in Blacksburg, Virginia the Author Kathryn Erskine put together two things. That shooting and the struggles of having Asperger’s because of her child. Over all I really liked this book, and I suggest this book foe someone who would like an emotional heartwarming story.

Follow Ashley Gradel
Contact Ashley Gradel
Embed code is for website/blog and not email. To embed your newsletter in your email, click HERE to see how or reach out to support@smore.com