Guide to Planning a Funeral

Guide to Planning a Funeral 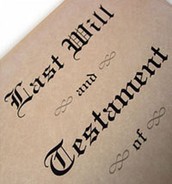 A family should consider the wishes of the deceased in planning a funeral. Does the person have a last will and testament or did they express their wishes to anyone? Family members should be certain of this before making any decisions.

Most people express their wishes in regard to burial or cremation. They may even express what they would prefer to wear. A decision as to have an open or closed casket may have been expressed, however, if not it may be beneficial to consider the cultural or religious preferences of the deceased.

The first step is to determine if the deceased has a last will and testament expressing their desires. If anything has already been picked out and/or paid for such as a casket, burial plot, etc.

The cost of the funeral should be considered when making decisions. Even if the deceased left a list of desires, the cost of everything should be kept in alignment with the needs and capabilities of the family. If things have been pre-planned and paid for, this will not be as much of an issue. However, the average cost of a funeral is around $7,000 to $9,000, which can be a lot for a family if it has been left to them for payment (Next Avenue, 2012).

The family will need to make a decision regarding the forever placement of the deceased. If the choice is to be buried, a casket should then be selected. There are many different options available, some more costly than others. The following are three examples of caskets ranging in price.

The culture or religion of the deceased should be considered when making funeral arrangements. If individual wishes are unknown it would be a good idea to consider their cultural or religious beliefs. Although cremation may be less costly than burial to the family, in religions such as Judaism, Christianity, and Islam the body is usually buried (Leming & Dickinson, 2011, p.367). However, if they are of Hindu or Buddhism faith, cremation is the typical choice (Leming & Dickinson, 2011, p.367).

These types of things should also be considered in determining how to prepare the body. For example, it is very common in the United States to have the body embalmed (Leming & Dickinson, 2011, p.366). In other areas, though, this is not a common or acceptable practice.

Other decisions that were likely not expressed by the deceased will need to be made based on the families needs and preferences as well as considering cultural and religious aspects.

Things like the time of the actual service, what music should be played, who, if anyone, should read a eulogy, and what religious references or books should or will be read from.

The religion or culture of the deceased may play a strong role in many of these decisions. There are different rituals in different cultures and religions. If the deceased was of Muslim faith, the ceremony will need to be performed in a mosque and not in a funeral parlor (Leming & Dickinson, 2011, p.389). However, a person of Buddhist faith will be cremated in a very elaborate and unique ritual in which mourners are present for (Leming & Dickinson, 2011, p.388).

There are many websites available to assist in your funeral planning. The following two links should help you plan and prepare.

Next Avenue. (2012, September 24). How to Plan a Funeral. Retrieved from http://www.nextavenue.org/how-plan-funeral/