Jews believe in prayer and studying the Torah. They believe in following gods laws which are the ten commandments to help guide them to live a mortal and good life. Jews believe in only eating Kosher food which means not eating any fish or any dairy products. Bar Mitzvot(boy) or Bat Mitzvot(girl), at the age of 13 they become a part of the congregution. A Jew's place of worship is a Synagogue, where their worship leader is a Rabbi. A Jew's holy book is the TeNaKh, and the Torah is the law of god. For a Jew, the sabbath is Friday eve to Saturday eve. Jews observe Yom Kippur the day of atonement. On this day Jews will refrain from work, fast and/or attend synagogue services. It is a complete 24 hour fast begining before sunset on the evening before Yom Kippur, and ending after nightfall on the day of Yom Kippur. They also celebrate Hanukkah. This holiday is celebrated for eight days and nights. In Hebrew the work "Hanukkah" means "dedication". This work reminds the Jews of the re-dedication of the holy temple in Jerusalem following the Jewish over the Syrian-Greeks in 165 B.C.E. Jews also observe Rosh Hashanah, the Jewish new year. The Jewish new year is a time for introspection, looking back at the mistakes of the past year and planning the changes to make in the new year. Passover celebrates God's rescue of the ancient Israelites. Jerusalem is a Holy Place for Jews, because it was the sacred city of the prophets. Like Christianity and Islam Judaism only believes in one god which is monotheism religion based on Abraham. 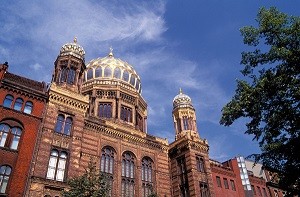 A Synagogue is a place of worship place for a Jew.

The worship leader is a Rabbi. 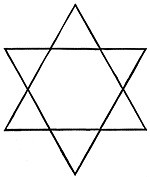 This is a Jewish symbol, the Shield of David. 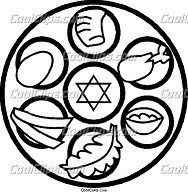 This is the TeNaKh, the Jews holy book. 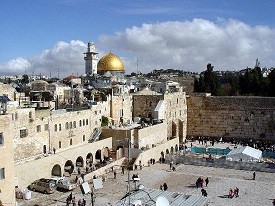 Jerusalem is a holy place to Jews, because it was the sacred of the prophets.

Connect with A Reeve