How Neat is That?

How Neat is That?

The Snow leopard, also known as the "ghost cat", is a short, stocky big cat whom roams in the mountainous regions of South Asia and are found anywhere from 9,800-14,000 ft. The greek term for snow leopard means "Beast of Prey"

The majestic snow leopard is native to the mountain ranges of Central and South Asia as shown by the map below. They show several adaptations for living in a cold, mountainous environment. 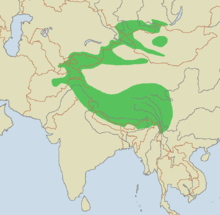 Why is this big cat endangered?

It is listed as endangered on the IUCN Red list of endangered species because as of 2003, the size of the global population was estimated at 4,080-6,590 adults, of which fewer than 2,500 individuals may reproduce in the wild. However, Habitat loss and retaliatory killings are the main reasons this cat is now endangered. 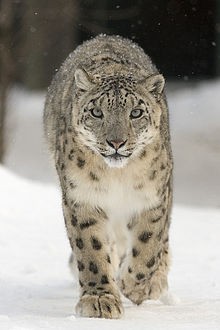 Why Should We Care?

As the top predator in the high mountains of Inner Asia, the snow leopard plays an important ecological role in controlling the populations and health of the wild ungulate species it preys on. While the Asiatic brown bears that overlap the snow leopard’s range subsist largely on pikas, marmots, scavenged meat and plant matter, the snow leopard subsists almost entirely on large animals caught live, frequently sick or injured animals. Protecting the snow leopard, its prey species, and its habitat is critical to protecting broader eco-regions as well, such as the high altitude grasslands and wetlands of the Yangtze Source Region.

The snow leopard actually has a negative effect on an economic scale as snow leopards prey on the livestock (mostly sheep, goats, horses, yaks) of ranchers. This economic effect has been neutralized through a protection act which reimburses ranchers for their lost livestock.