Issaiah is using Smore newsletters to spread the word online.

Get email updates from Issaiah: 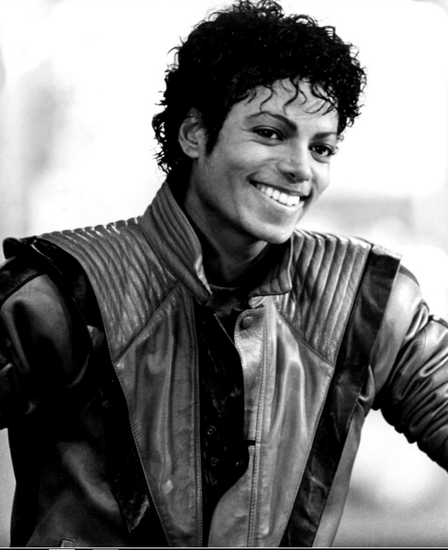 Michael Jackson was born on August 29, 1958. He was the eighth of ten children. He and his family lived in a small, two bedroom house in Gary, Indiana. His mother was a Jehovah's Witness and his father was a former boxer, but became a steelworker. Michael had three sisters, Rebbie, La Toya, and Janet, and two brothers, Jackie, Tito, Jermaine, Marlon, and Randy. Michael had a pretty bad relationship with his father. In 2003, he acknowledged that he regularly whipped Michael and his other brothers when they were young. In 1964, Michael and Marlon joined the Jackson Brothers, a band formed by their father which included his brothers Jackie, Tito, and Jermaine, as backup musicians on the congas and tambourine. In 1965, Michael began sharing lead vocals with his older brother Jermaine, and the group's name was changed to the Jackson 5. That following year, the group won a major local talent show with Michael performing the dance to Robert Parker's 1965 hit "Barefootin'". The Jackson 5 were later described as a cutting-edge example of black crossover artists. Although the group's sales began declining in 1973, and the band chafed under Motown's, their record label, refusal to allow them creative control or input, they continued to score several top 40 hits, including the top five single "Dancing Machine"(1974), before the group left Motown in 1975. Randy, their younger brother, chose to join the group at this time, while Jermaine decided that he wanted to stay at Motown to pursue a solo career. Off the Wall, Michael's first solo album, established his career as a solo performer. It was also the first solo album to generate four top 10 hits in the United States: "Off the Wall","She's Out of My Life", "Don't Stop 'Til You Get Enough", and "Rock With You". Even more success came to him after the release of Thriller in late 1982. He died on June 25, 2009, due to cardiac arrest.

He has won almost all of the awards he was nominated for, including 26 American Music Awards and 18 VMAs.

Quote About His Craft

"People ask me how I make music. I tell them I just step into it. It's like stepping into a river and joining the flow. Every moment in the river has its song." - Michael Jackson

Michael Jackson-Man in the mirror lyrics

Issaiah is using Smore newsletters to spread the word online.