Gia is using Smore newsletters to spread the word online.

Get email updates from Gia:

Parkinson's Disease is a dominant genetically inherited disorder, regarding your central nervous system, found in chromosomes 4 and 6. It affects movement and is often associated with tremors. The most common ages affected by this disease are from ages 41 and older, but in certain rare cases it can be found in children as little as six years old. 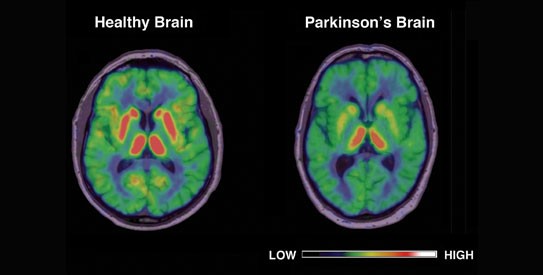 Physical, Emotional, And Mental Features Or Traits The Diseased Individual Might Express

A certain physical trait often expressed by a diseased individual may include tremors in the hands and limbs, these tremors are categorized as being postural or at rest. This means the individual might only show shaking in hands or limbs when they're standing or being active, or they may also happen when they are not being active.

Mental attributes that may be associated with Parkinson's disease are anxiety and depression, which also cause a series of other symptoms such as nightmares, restless sleep, early waking, disrupted sleep, and daytime sleepiness. Dementia, amnesia, and confusion are also common with those who have the disease.

Individuals diagnosed with Parkinson's disease call for much attention and need to be under constant supervision. They have many limitations due to their disease such as a distortion or loss in their sense of smell or contrast sensitivity. Also involuntary urinating, constipation, and weight loss are common in patients, caregivers will need to pay close attention to their illness and the side effects that may or are occurring in the diseased individuals.

As for a cure, there hasn't been one found yet, but different treatment options are available for people. Medications are specific to the individual and his or her symptoms, so there is no standard treatment doctors provide for Parkinson's disease. Another option could be for the patient to undergo surgical therapy, which would involve deep brain simulation.

Gia is using Smore newsletters to spread the word online.