Today's Expeditionary Thursday was our first ever Mathlympics competition between UG Crews!

Today we launched a new Brooklyn Collaborative tradition - Mathlympics! It was a fantastically complex day dedicated to developing a culture of numeracy at Brooklyn Collaborative. The entire Upper Grades started off the day in the auditorium where we engaged in a Stand Up/Sit Down initiative, then everyone collaborated on a massive "WATERFALL," there was a crew roll call, and then some inspirational words from Scill ending with "...and may the best crew win!" Below are descriptions and photos from each of the thrilling events!

Crews competed in an Escape the Room/Breakout EDU type activity where they were given one hour to complete each task and "Breakout/Escape" (though for safety, they are not truly locked in the rooms!). The first task was three puzzles with equations on them that they had to solve. The second was graphing coordinates. The third was two logic puzzles. The fourth was a caesar cipher. And the fifth (in the actual lock box) was a mystery! The crews who could solve all five problems and "break the box" within the hour won!

In one hour, students gained experience with coding. Students (and crew leaders!) were given four different self-guided one hour modules to choose from. Points for this time were based on the percentage of completed modules.

Crew teams designed a freestanding sculpture using modular two dimensional cut outs from a template. Sculptures had to be built without the use of tape, glue, staples or any other kind of fastener! All completed projects were judged by staff members to determine the best sculptures!

Similar to musical chairs, students moved in a circle until the music stopped. They then grabbed the index card closest to them and had 90 seconds to complete the problem. They wrote the answers on the card and placed the card on their designated crew pile and watched the pile grow. After 20 minutes or when all of the cards are gone, crew leaders checked for complete answers and tallied up the scores!

Using the 3 basketball nets in the gym, each crew got 10 minutes to solve math problems and shoot the ball. Crews could organize their teams in any way they wanted. For example, some crews split into “the shooters” and the “solvers”. Each time a problem was answered correctly, the shooter got to take as many shots as needed in order to get a basket. The team with the most baskets won.

And the winning Crew was...

William and Allison's Grade 12 Crew!!! Major shout out! We can't wait for Mathlympics again next year! (In the spring, our Lower Grades students will compete in their first Mathlympics as well, based on the UG model!) 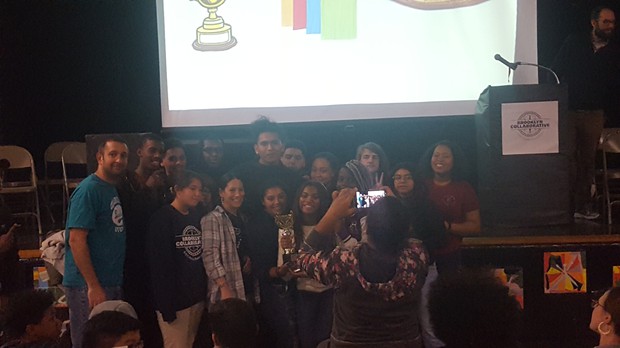 Special thanks to the BCS Parent Teacher Association for sponsoring our first Mathlympics! 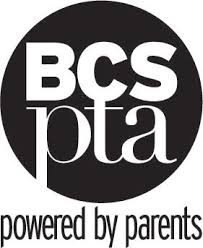