Blacks Are Equal To Whites

Blacks Are Equal To Whites

In New York At 2:30 p.m. on March 19, 1935, a 16-year-old black Puerto Rican boy named Lino Rivera stole a 10 cent penknife from the Kress Five and Ten store on 125th Street. Both the store owner and the assistant manager saw Rivera steal the knife and managed to capture him before he was able to run away. A cop asked if he wanted to press charges. When asked if he wanted to press charges, the store owner instructed the officer to let Rivera go.The officer took Rivera down through the back entrance of the store and out onto 124th Street to avoid conflict. When one of the spectators saw the police officer take Rivera away, she shouted that they were going into the basement to beat Rivera. An ambulance arrived moments later to take care of the store owner and the assistant manager, who suffered scratches and other wounds while trying to tackle Rivera. When the ambulance left the scene empty, many of the spectators assumed that Rivera had been killed. A group called the Young Liberators was formed thousands had heard about in little time. A riot had broke out and $200 million dollars of damage had been done 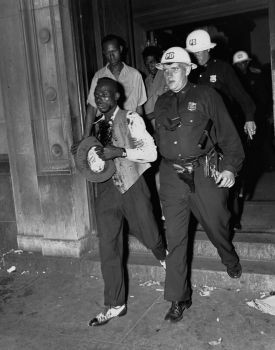 8,000 members of the NYPD and 1,500 volunteers were ordered to stay in armories one night and were equipped with night sticks and arm bands. Later that night a riot had broke out. 500 people were arrested. 100 of them were women. There was 5,000,000 dollars in damage. 400 were also injured. This all could have been prevented if that cop didn't shoot the young black boy. The man that got shot was charged.

On July 18th, 1964 a white cop shot a 15 year old black kid. The people in the community said that it was police brutality. 8,000 people went on a march and later on it turned in to a full on riot, It was so big that it spread to other neighbor hoods. It lasted 6 days. 1 dead, 100 injured, and 450 had been arrested. When everything started to settle down another riot had broke out and this one lasted for 3 days. The governor had to call in the national guard
RARE 1995 HARLEM RIOT FOOTAGE 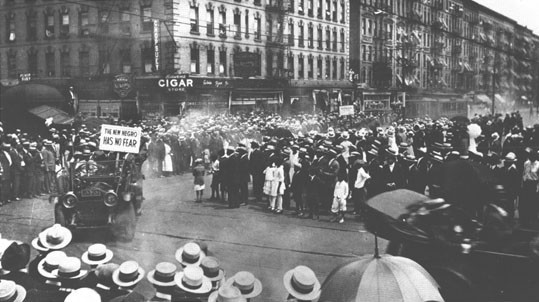 Follow Ethan H
Contact Ethan H
Embed code is for website/blog and not email. To embed your newsletter in a Mass Notification System, click HERE to see how or reach out to support@smore.com
close