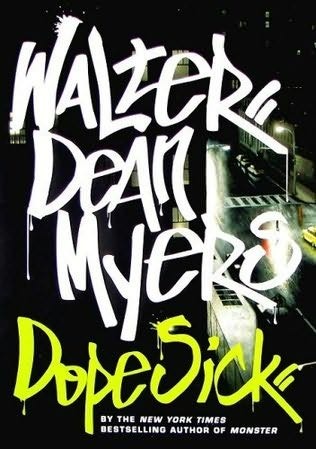 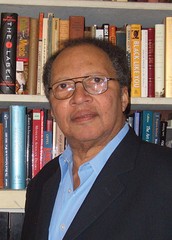 Walter Dean Myers began writing at a young age. This teacher decided that since he had a speech impediment he should write because it will help him use the words that he knew. He began to write poems and short stories. Walter decided to join the Army because his family could not afford college. When he got out he wrote magazines, adventure stuff, and advertising copies for cemeteries. Now that he write his own books he had won various awards. He has won five Coretta Scott King Awards and he has also been named the National Ambassador for Young People's Literature.

Why I Chose That Song..

When money ran low Lil' J decided to stand on the corner and sell drugs. Rico was going to Houston and asked if he wanted to go with him. Rico had some dope he was taking down to Houston for a dealer. While on the road Lil' J and Rico ran out of money because Rico was shooting up the dope that he was supposed to be selling. Rico decided to do a stickup to get money and Lil' J followed behind. The stickup went wrong and both of them went to jail. Lil' J got sentenced one hundred and eighty days.

Jeremy was with the wrong person at the wrong time. After a drug deal went wrong, Rico shot an undercover cop and now the police are on the lookout for Lil' J so he can be charged with the murder charge. My brother is in jail now for a murder that he said he did not do. He was at the wrong place at the wrong time just like Lil' J was.

Lauryn , Lil J's baby mother, is my favorite character in the novel. Lauryn is my favorite charter because we have a lot in common. Lauryn is an intelligent girl who wanted to be a lawyer before she found herself pregnant. Lauryn gives birth to Lil J's son, but Lauryn's mother refuses to allow Lil J to come to her home, thereby making it impossible for Lil J to see his son. Lauryn is smart enough to realize that Lil J, who is a known drug addict, will not be good for her or her son and she does not support Lil J's desire to see his child.