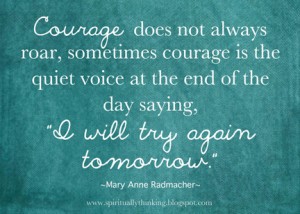 Most of the Time Courage Just Involves Getting Back Up

I hope everyone got to enjoy some of this beautiful Autumn Utah weather over your long weekend. Our family had two boys attend homecoming, a 20th birthday party, and Mr. Summers excitedly took his new super old car to its first VW car show. The only way to describe the look on his face when pulling up to the show is similar to a kid walking into a candy store with an unlimited amount of money to spend.

As the majority of you know, last Thursday at PHJH was the kind of day that no college class or internship can prepare you for. While I spent a good amount of time feeling sad and angry about the vandalism done to our bathrooms, I eventually started thinking about the amount of courage it took for many of our Patriots who stood up and stepped in to help rather than join the trend. Once I started thinking in that direction, I moved pretty rapidly from angry to proud of those students and parents who were brave enough to speak up and do the next right thing.

Thinking about courage got me thinking about my Grandpa Buzz, and the countless ways he showed courage during his nearly 100-year-old life. Grandpa was a tall man with sparkly blue eyes, endless amounts of metal button plaid shirts, a devious grin, and ears that were (to my young eyes) mysteriously flappy.

Grandpa Buzz was married to Grandma Mary, and together they raised 10 children, my mom being the 8th. They owned a cafe in Roosevelt, Utah, and raised the kids working at the Cafe, the family farm, and at one point a roller skating rink as well (is that not the coolest?!). Grandpa was a worker, and was happiest when he was building, fixing, or growing something.

Knowing this about grandpa, it was no surprise to anyone that he worked for years to build a beautiful custom home for his ever-growing family. If you ask any of my aunts or uncles, they would tell you that "back in those days, it was a dream home that they were so excited to move into." Unfortunately, just days before the family was set to move in, a member of grandpa's family intentionally set the house on fire and burnt it to the ground. This was during a time before homeowners insurance, so there was no money to rebuild again.

For most people, this would be a game-over moment, not only for day-to-day functioning of life, but also for the relationship with his sibling.

Grandpa, however, was not most people.

Rather than coming undone and spending all of his energy going after his sibling in a fit of rage, he went and bought a trailer, put it in the spot where the house once stood, and had the courage to get back up and build again.

The second house was not a dream house. But it was a home, filled with noise, love, and rows and rows of tomato plants. Growing up, when I would hear stories about grandpa, there was never any mention of big homes or fancy things, but rather a man that had enough courage to not be angry when being angry and bitter was the most expected thing to do.

This week Patriots, we hope that you can remember to have courage to do the right thing, even when it seems scary. 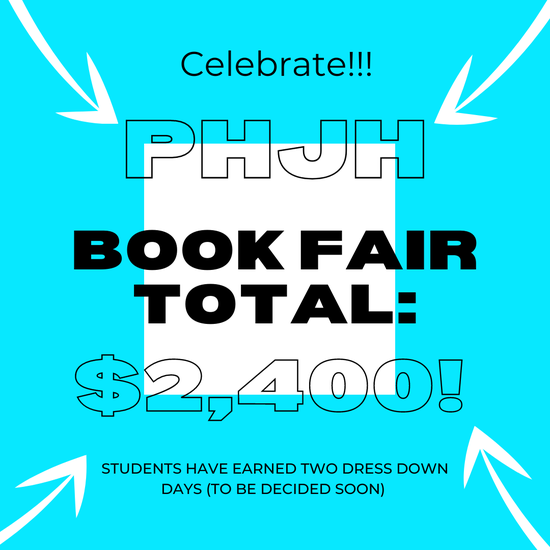 What's On The Menu? 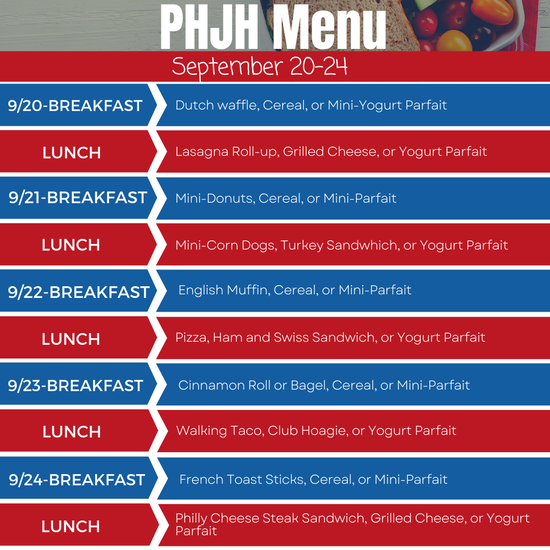 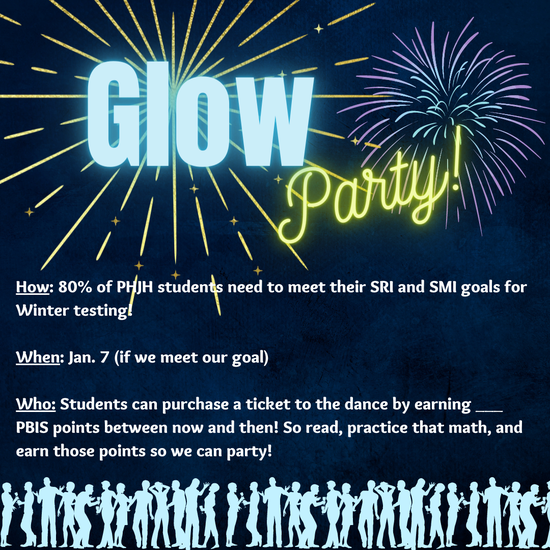 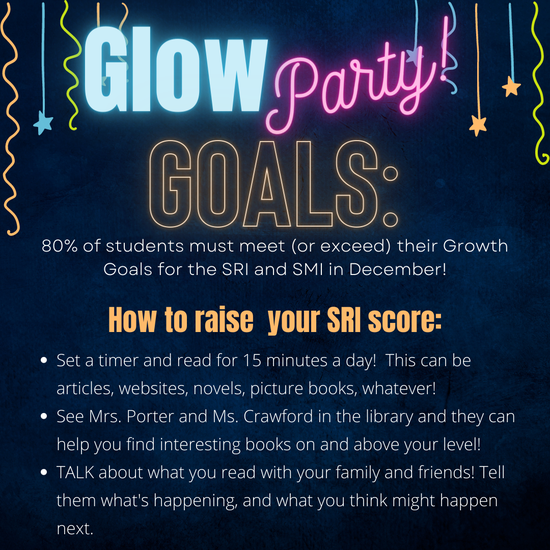 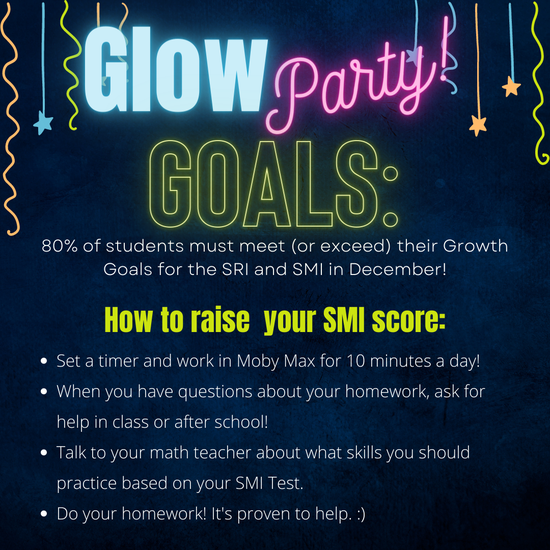 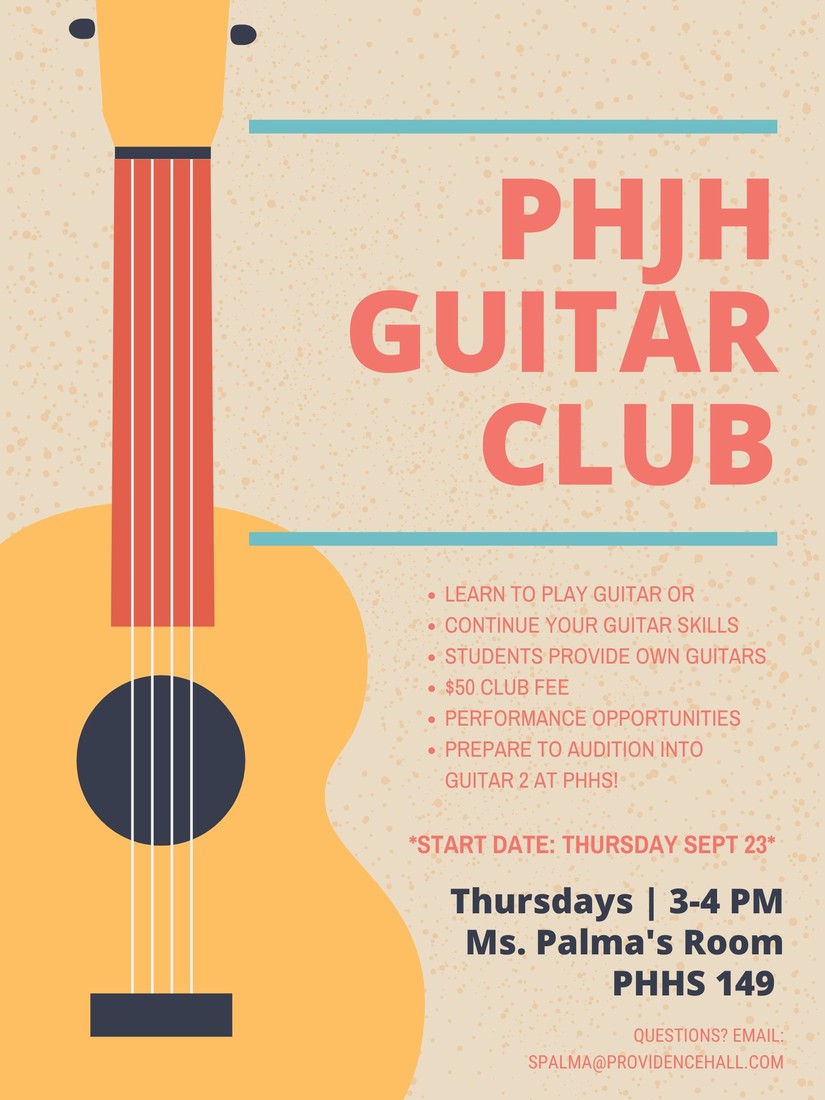 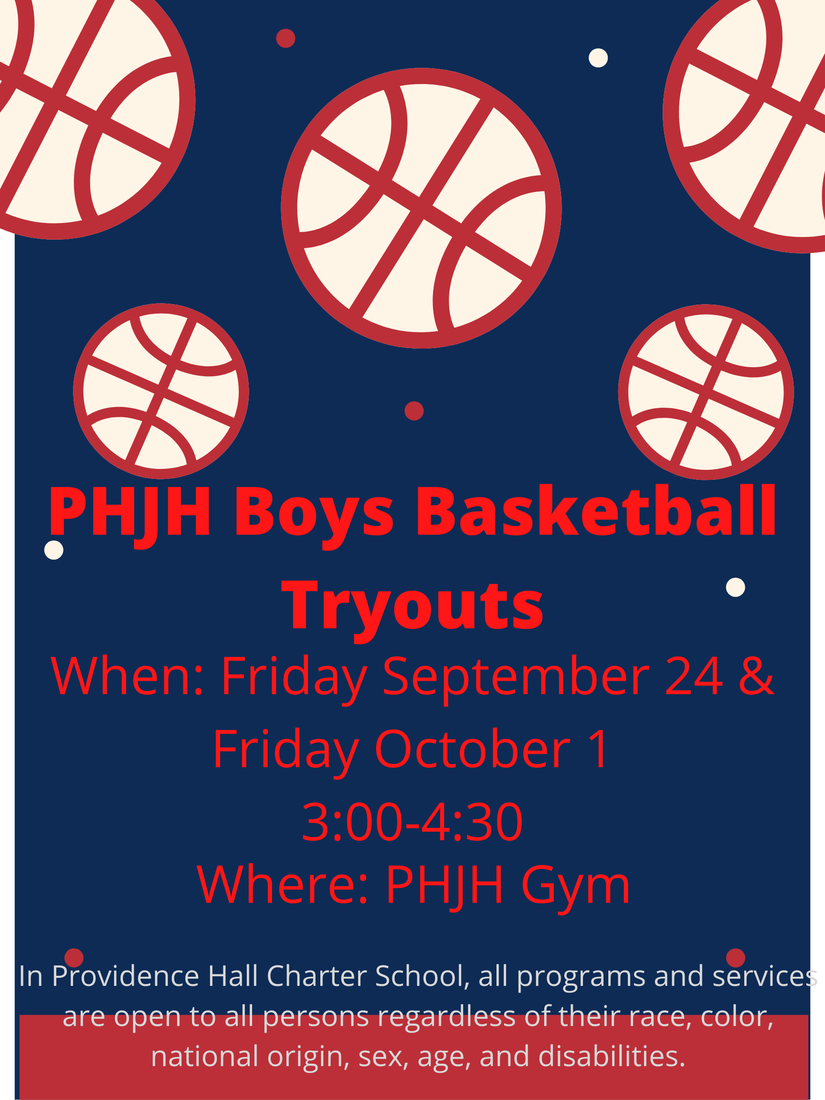 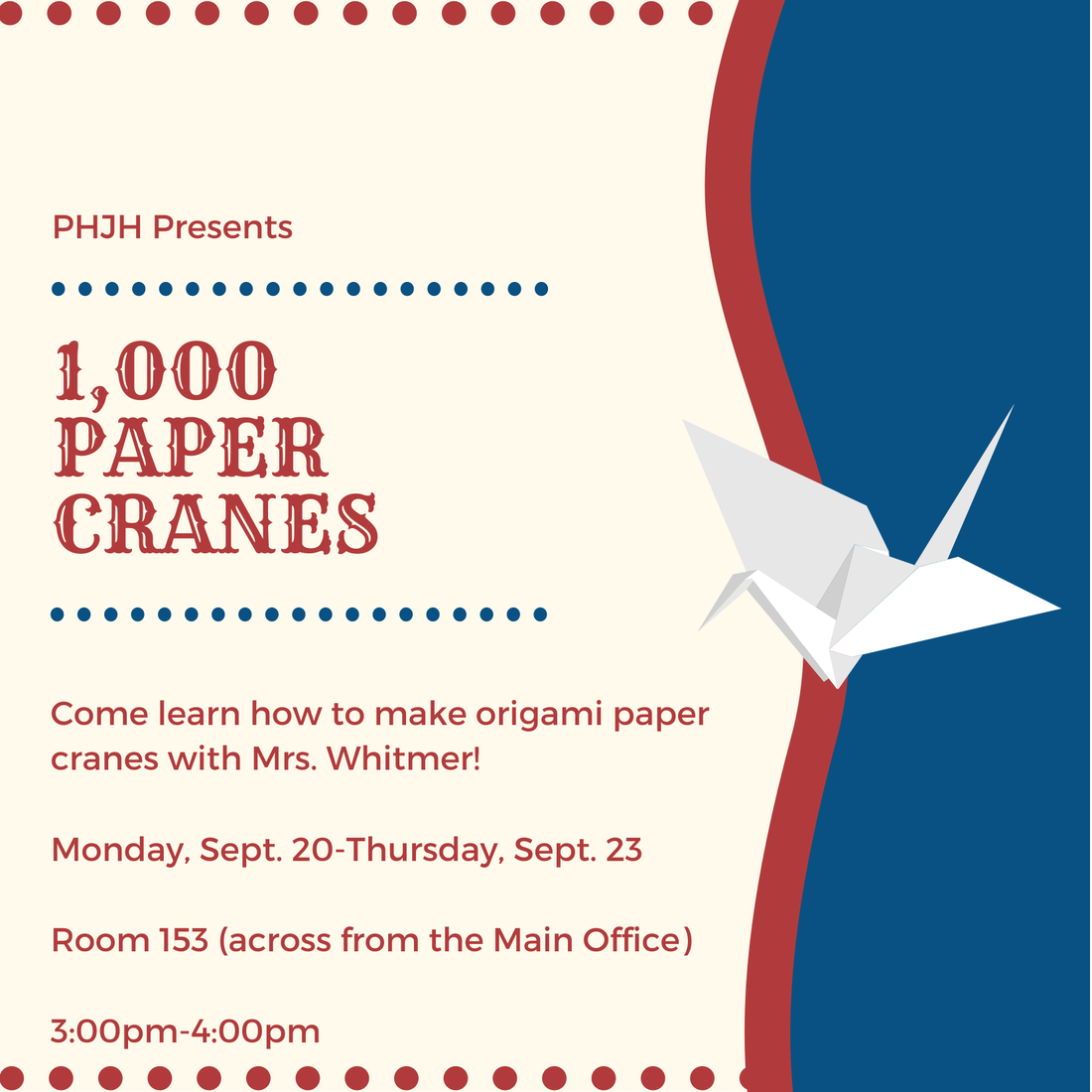 A Day In The Life Of A Patriot 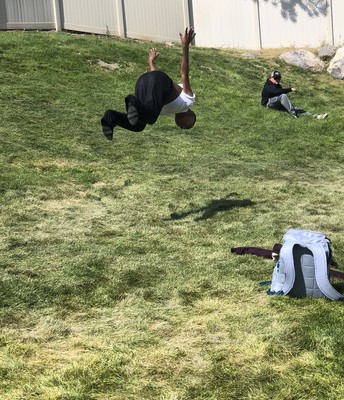 One of our Patriots FLIPS for lunchtime! 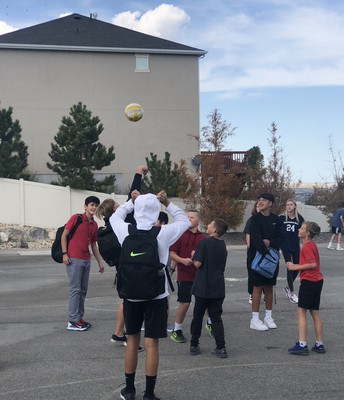 A little outdoor mix of soccer and volleyball. 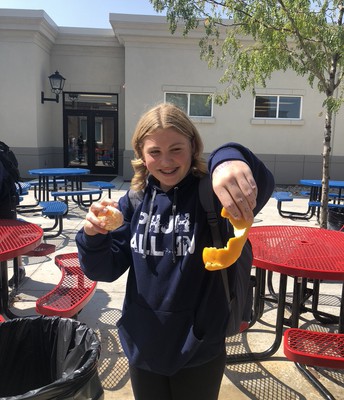 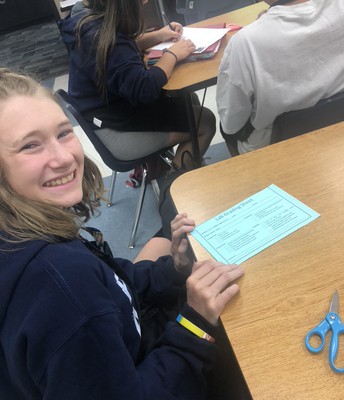 Everyone had a job to do and the card helped them keep track of the required tasks. 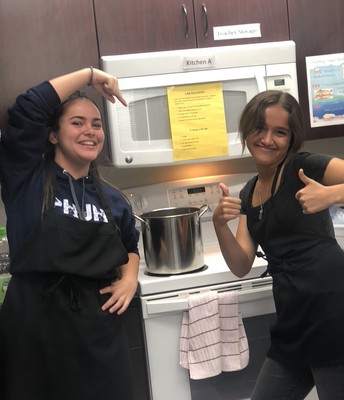 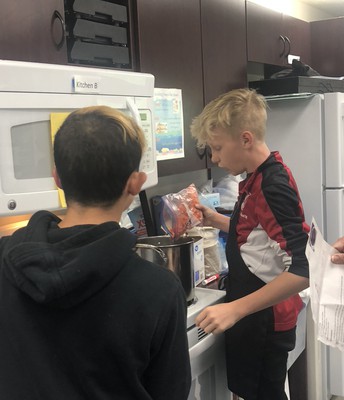 There was not a distracted student in Mrs. Angerhofers Science class this week, as she used Infinity Lab to help students prepare for an upcoming assessment.

InfiniD Learning offers an engaging and exciting STEM opportunity for students. At the core of InfiniD are game-like simulations that transform students into 21st-century astronauts who must work collaboratively to survive! While students work to solve a problem central to the mission, they develop essential 21st Century skills: collaboration, communication, creativity, problem-solving, and critical thinking. The missions also require students to apply content knowledge from multiple disciplines (math, science, language arts, social studies) 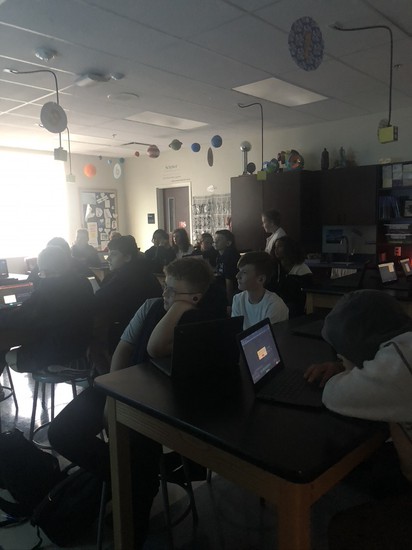 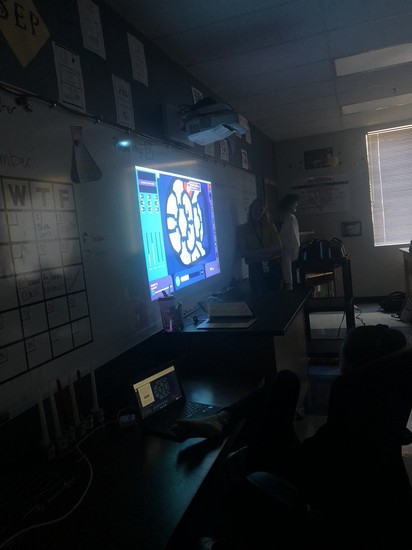 The Ol'e Heart Is Pumping In Mr. Joyce's PE Class 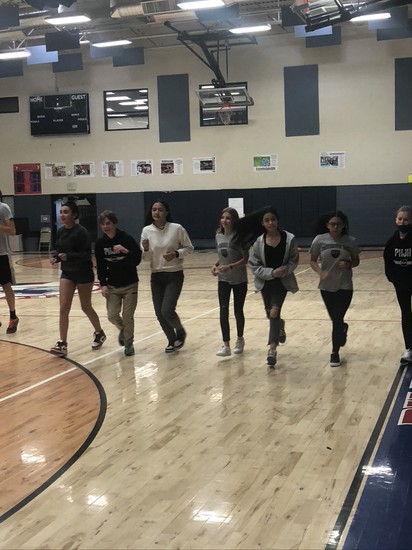