Welcome to our first issue of the 2014-2015 school year! The Educators of District 64 hope you enjoy some snippets of things going on around our schools and in our community.

With 8th grade Plastics being a manufacturing class, what better place to go on a field trip than to IMTS at McCormick Place? Over 2030 manufacturing exhibitors were in attendance! Besides manufacturing exhibitors, there was a strong focus on student learning in the SmartForce exhibit with sponsors like FIRST (For Inspiration and Science and Technology). With FIRST being a major part of SmartForce, IMTS was also the place to take the Lincoln FIRST Engineering Team.

Thirty-three of our students interacted with industry professionals, tested out electric and fluid powered robots and were there to witness the building of the first 3D printed car. The generosity of the manufacturing companies to spend time with District 64 students and waive the $50 per person entrance fee was humbling. Companies gave out samples like it was Halloween, which boosted the excitement of the students and made them pumped about manufacturing!

Students filled their bags while watching robots pick out the candy bar they chose off a conveyor belt. They saw how latex bracelets and sunglasses were made and filled their bags and faces with them. They saw how their phone cases could be made by a 3D printer and fought to try to fit it on each other’s phones. The biggest talk on the bus ride home was “Where did you get that? I did not see that exhibit! Mr. Moore can we go back tomorrow?”

Response from both the students and parents was extremely positive. Next year it is hoped to take more students both from Lincoln and Emerson Industrial Technology plastics classes. 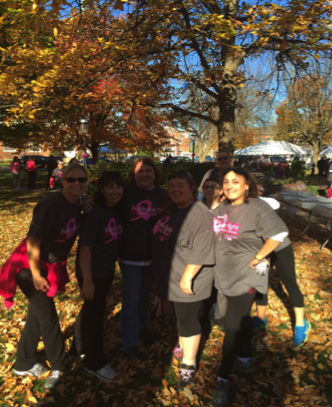 Participating D64 teachers from “The Rack Pack” from Left-Right are:

"You never know how strong you can be until being strong is the ONLY option." said Lisa Swain, Emerson teacher. "We walk to save lives...one step at a time. (This walk offers) hope for the fighters; peace for the survivors and prayers for those who have been taken."

Photos were taken by Mark Sewell, husband of Elisa Sewell. 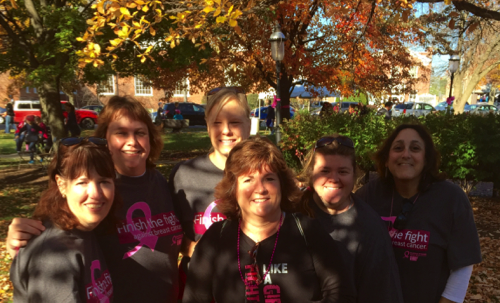 At Emerson Middle School, the 7th grade teachers are creating memorable learning and personal experiences. Students are learning about the effects of Alzheimer’s disease on the brain as well as how this devastating and incurable disease affects families. Their work begins in the science classroom as they learn about the genetics and the science that enables the disease to develop in the brain. Then they will further work with the science teachers to see how the disease progresses and how it affects families. Lastly, students will be collaborating with Without Warning.

Without Warning is specifically supporting young onset or early onset Alzheimer’s. Designed to enhance vitality and quality of life, Without Warning's specifically tailored programs offer individuals and their family opportunities for education and support. Without Warning staff and volunteer families are coming to Emerson to visit with the 7th grade students and staff later in the year to describe the support groups, and how they help the families dealing with this debilitating disease. Because the Alzheimer’s patients inthis group are younger than the typical Alzheimer sufferer, these patients and their families struggle with additional challenges:

There are special support classes necessary for the children of the moms and dads with early onset Alzheimer’s.

The stories of the visiting families are intended to get students motivated to begin another phase of their yearlong service-learning project.

After the families and support staff of Without Warning have helped students see the need for this important program, the 7th grade kids are going into action. The student-created fundraising activities will generate money for Without Warning support groups, research, and public awareness in the field of Young Onset Alzheimer’s Disease. The first fundraiser is a t-shirt design contest. The grade level is going to buy t-shirts designed by a student artist with all profits going to Without Warning. It is hoped the personal stories, the science learning and the fundraising will combine to create a long remembered experience for the students. 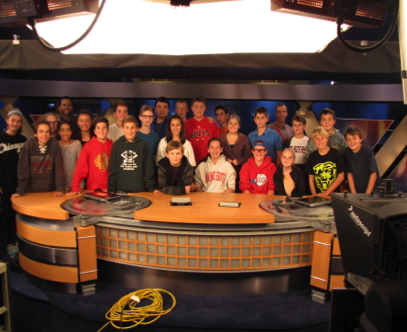 The Broadcasting class is a new Language Arts elective available for 7th and 8th graders at both Lincoln and Emerson Middle Schools. Thanks to an Early Learning Foundation (ELF) grant, each school now boasts high tech green screen studios capable of creating live and recorded broadcasts. In the class, students learn about news production and have opportunities to create their own news stories.

During the tour, many students marveled at the size of the control rooms and equipment. They even saw some well-known faces, such as Marion Brooks and Stefan Holt from NBC News. "It was really cool to peek in and see the 11:00 a.m. news broadcast for a little while," said 7th grader Sofia Lynch. "I also liked that we could see the control rooms as well."

Mr. Jonas was also pleased with the field trip and thought it was beneficial for his students. "The students have really enjoyed this elective so far. It was interesting to watch them during the tour because this showed them that what they are doing in class truly resembles what is done in the real world of news." 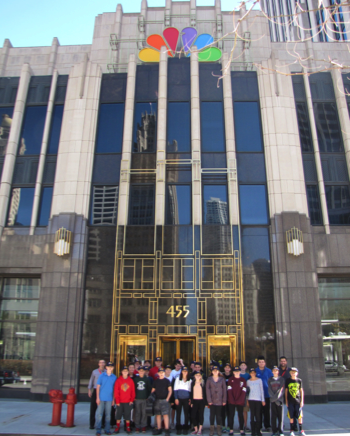 Come Join the Educators of Park Ridge during Winterfest

Stop by the Pickwick Theatre after Santa arrives at the Library, to hear some famous teachers sing Christmas Carols! Keep an eye out for our green hats. We hope to see you at Winterfest!
Get Directions 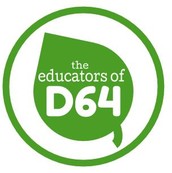 The Educators of District 64

Facebook @D64Educators
The Educators of District 64 desire to connect personally and reach out to the local community to share their enthusiasm and commitment for teaching.
Park Ridge, IL, United States preaonline.com
Embed code is for website/blog and not email. To embed your newsletter in a Mass Notification System, click HERE to see how or reach out to support@smore.com