Buffett is using Smore newsletters to spread the word online.

Get email updates from Buffett:

Hall sweeps started this week and will continue throughout the year. As we keep the focus on instruction and learning, students are expected to be in their classrooms before the last bell sounds. We want all students to be in class on time. Students who do not have a pass are considered tardy to class.

What is a hall sweep?

Like you, we want every student to get the most out of their classes. And, being on time is part of that effort.

We continue to practice and reteach the Buffett High Five – Be Hardworking, Be Kind, Be Safe, Be Trustworthy and Be Your Best and we thank you for your support!

For the month of November, we have two great STEAM Club opportunities available to any 5th or 6th grade student. The two club choices are:

The Art and Science of Observation that Leads to Innovation
Have you ever wished you could fly? Do you enjoy nature? Do you like to observe and draw what you see? Do you enjoy working with your hands and creating innovative ideas? Come and check out DaVinci to the Digital Age! We will learn how to observe the natural world to lead to innovation in the world of STEAM and beyond. Please bring your laptop and your creative mind to the Commons and then C110 on the dates listed below!

"I Am" Quilt Making Club

Students will write an "I am" poem and create a quilt square that represents them. They will learn some basic sewing tips in the creation of their square. 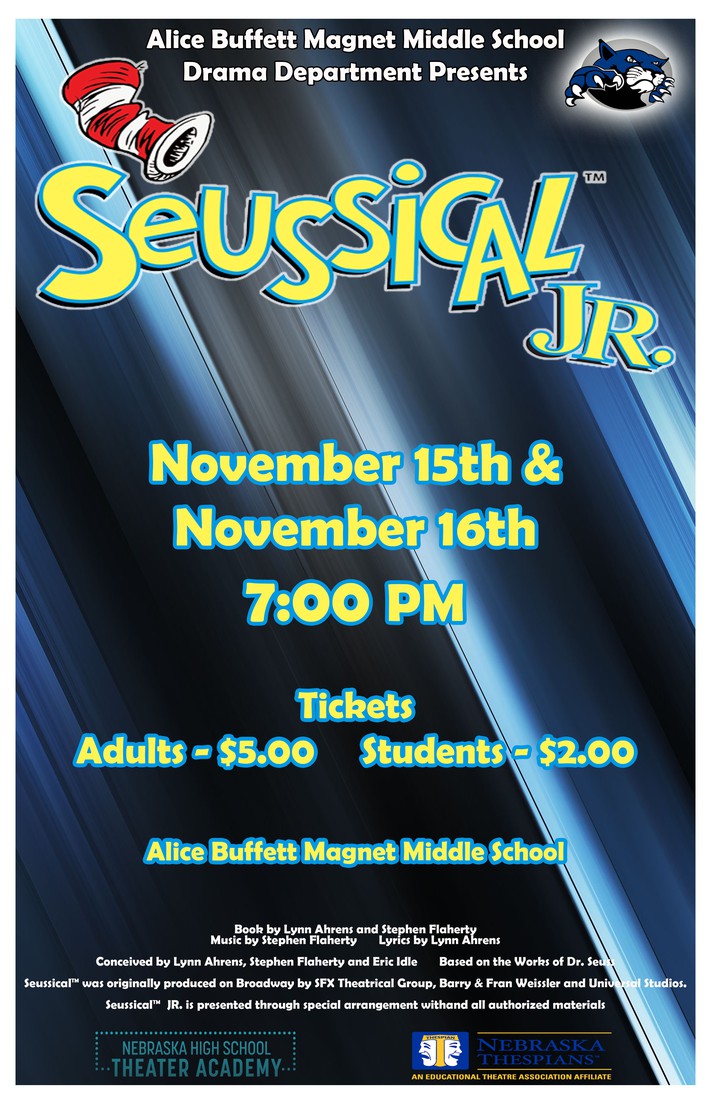 The Lady Bobcats had an outstanding Cross Country season. The season started off positive with both the 7th and 8th grade teams winning the Buffett invitational on September 4. The young ladies continued to perform well and improve in meets throughout the season. Athletes and coaches focused on individual growth, positivity, grit, and encouraging others.

The Lady Bobcats went on to make Buffett history when they competed at the Nebraska Junior High State Meet on October 12. Buffett placed 8 of 21 schools statewide, with Olivia Malousek receiving an individual medal for placing 25th. Coach Haley and Coach McClintock are extremely proud of our athletes for their season!

The 2019 Boys Cross-Country season was definitely a season to remember. Coach Perez and Coach Westbrook had a group of hard working dedicated young men who came out everyday willing to work hard, improve and most importantly complete with their best effort during meets.

Additionally, our 8th grade boys placed 3rd place at city finals. Below are some our results from the city finals:

Varsity football had an outstanding season. The boys finished the season in 3rd place with only 1 loss on their record. During the seasons ending playoff win the team played their best game of the year beating a very solid Morton team. The defense was outstanding holding the Panthers to a season low 2 scores while stopping them on two goal line stands. The offensive being a balanced team all year with great running back play and quarterback play continued. The 99 yard pass play from Thomas Reid to Jackson Foster set a team record which obviously will never be broke. Great season boys. 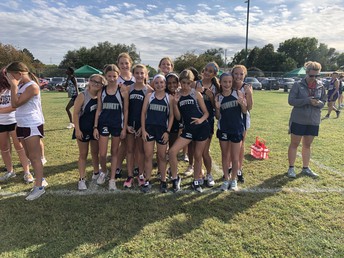 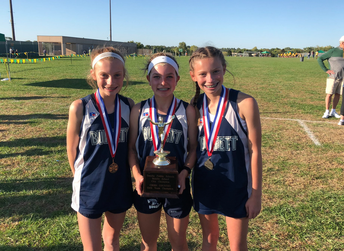 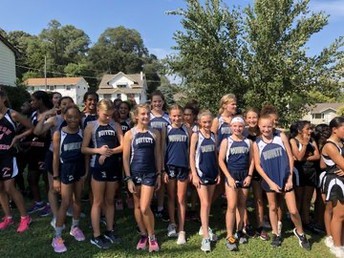 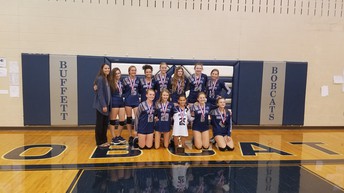 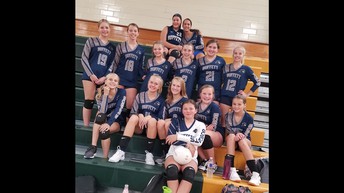 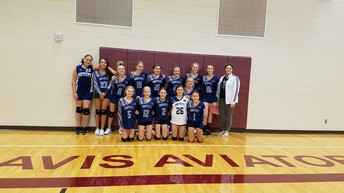 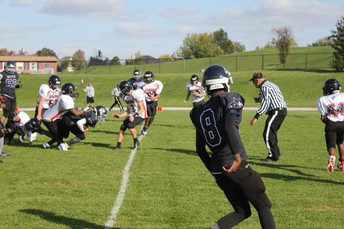 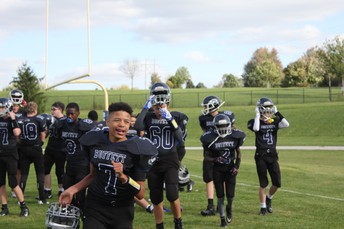 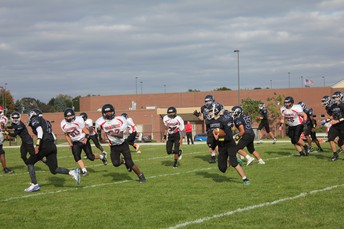 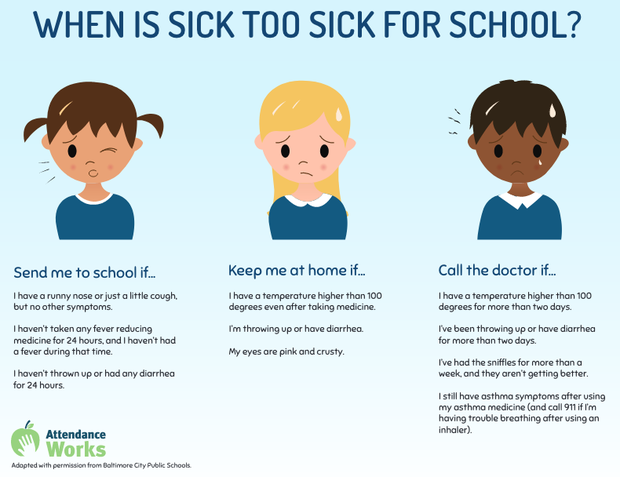 The ACP Paraprofessional will work under the supervision of a positive, caring, organized teacher who will provide you guidance while you are in the room, and will give you the tips and ideas needed when working with the students.

Consistency and routine are best for students, so if you are a caring, loving person who is looking for a way to have a great impact on students, this may be your opportunity.

Homework Hideout and After School Library

Buffett offers two after school opportunities for students to have a space to work on homework, study for tests, or work with teachers for some extra help.

The library will be open after school on Tuesdays, Wednesdays, and Thursdays. Students must arrive by 3:10. Students getting rides or walking home, can leave when they need to, but will not be able to return once they leave for the day. Students needing to take the late bus need to sign up in the office. The late bus departs Buffett at 5:00.

CHI Health wants nominations of Omaha Public Schools teachers changing the lives of students. Each month, they’ll surprise a Top Teacher nominee with a treat basket for the teacher's lounge and a personal gift card. CHI will draw winners on the last Friday of the month. CHI Health will select winners from three different grade levels across the district.

Anyone can nominate a Top Teacher at CHIhealth.com/TopTeachers.

The Alice Buffett Outstanding Teacher Award recognizes the achievements of skilled and dedicated educators in the Omaha Public Schools (OPS). Given to 15 teachers annually, the Award has recognized and rewarded nearly 300 teachers over the past two decades. Any Omaha Public Schools teacher or counselor (Pre-K through 12), with a minimum of two years experience, is eligible for nomination. 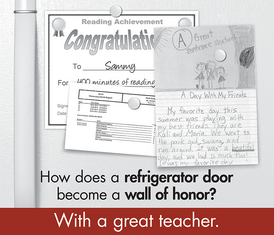 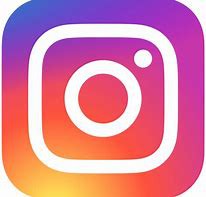 Follow us on Instagram at buffettmagnet_ops to stay up-to-date on classroom activities and school events. Photos are posted regularly to give you a glimpse of what is going on inside and out here in Bobcat Nation. 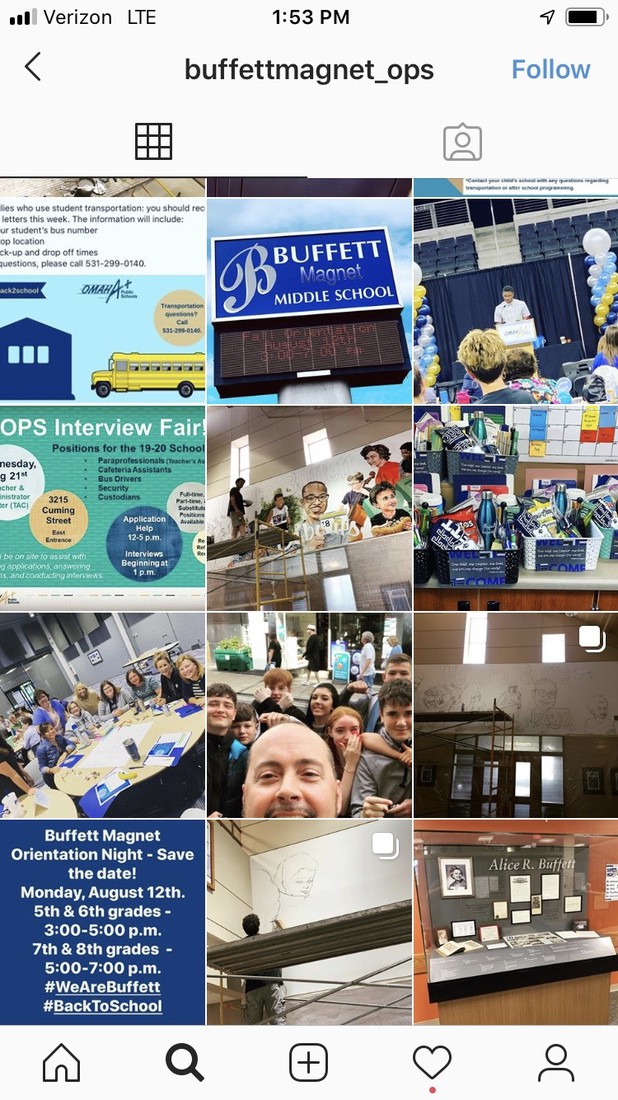 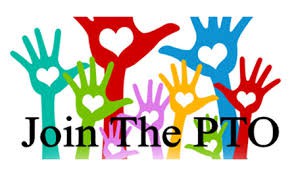 Join us the the next PTO meeting, November 18th in the Library!

Buffett is using Smore newsletters to spread the word online.