Blessed is using Smore newsletters to spread the word online.

Get email updates from Blessed: 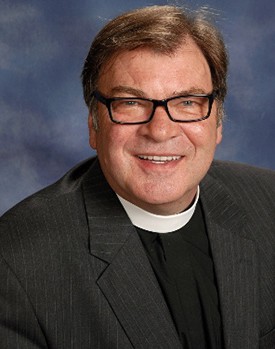 A Message from Pastor Sander

“But when the fullness of time had come, God sent forth his Son, born of woman, born under the law, to redeem those who were under the law, so that we might receive adoption as sons.” Galatians 4:4-5

Children of God. That is who we are. Let us celebrate! The fullness of time on God’s calendar happened around the year 4 B.C. Caesar Augustus issued a decree that a census should be taken of the entire Roman world. This was the first census that took place while Quirinius was Governor of Syria. And everyone went to his own town to register.

So Joseph also went up from the town of Nazareth, in Galilee, to Judea, to Bethlehem, the town of David, because he belonged to the house and line of David. While they were there, the time came for the baby to be born, and she gave birth to her firstborn, a son. She wrapped Him in cloths and placed Him in a manger, because there was no room for them in the inn.

The fullness of time! God’s cycle had been complete. He sent His Son into the world to save the world through Him.

The people had been waiting for centuries for God’s promise of a Messiah, the Yeshua. Now He had finally come!

Joy to the world, the Lord is come!

A blessed Christmas to one and all!!

Serving Us in Worship 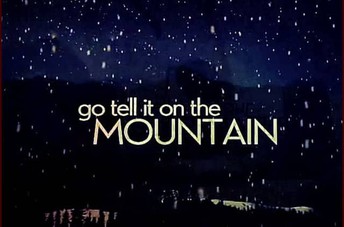 Go Tell It On The Mountain!

The refrain to one of my favorite Christmas hymns goes like this,

(can't you picture little kids just belting this refrain out?)

Imagine sitting there just doing your job as you always have and then something life changing suddenly happens! I can't imagine what the shepherds were feeling that night when the angels appeared to them with the greatest news that this world has ever heard. It was dark and the shepherds were caring for their sheep, and then suddenly the night sky was filled with a bright light from heaven and angels were proclaiming the birth of our Savior. Oh, to see that sight!

After hearing this news that the Savior was born the shepherds left and went to find baby Jesus. After finding the baby Jesus they did not just sit on this news, but rather they spread this news! The shepherds spread the word concerning what had been told them about this child. And it did not stop there, the shepherds then glorified and praised God for all that they had heard and seen!

The shepherds may not have had mountains to shout the news from, but the picture of the mountain speaks volumes! Just as the shepherds did not sit on the news of the Savior's birth we should not either! Because the shepherds shared the good news and it continued throughout generations, we have also heard the good news. And now we get to share this same good news with everyone around us! The birth of a Savior and His death and resurrection are certainly not things that we should be quiet about, but we should be shouting from the mountain tops for everyone to hear! We have a task to do, so let us get to it!

The students and staff of Blessed Savior Preschool wish a very blessed Christmas to you and your family and God’s richest blessings in the coming new year! 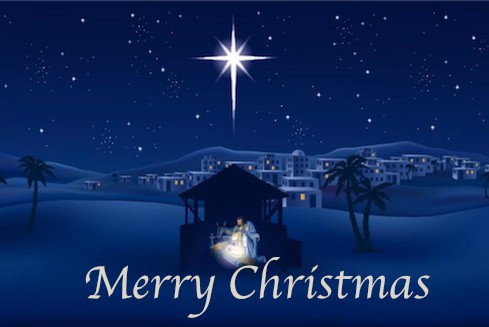 Blessed Savior is looking for afternoon lead childcare teachers to join its team! We are looking for fun, energetic, kid-loving, team players! Early childhood courses and experience is preferred. Hours are flexible, but we are looking at 12:00-5:30 and wage is based on experience. If you or someone you know is interested, please see Director Jennifer Leinss. 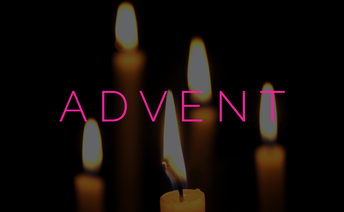 There will be no in-person Advent Worship Services this year. However, we will be posting Online Worship Services the mornings of December 2, 9, and 16. You can find them posted at: https://www.youtube.com/c/BlessedSaviorLutheranNewBerlin We hope that you'll set some time aside to prepare your hearts for our coming King! 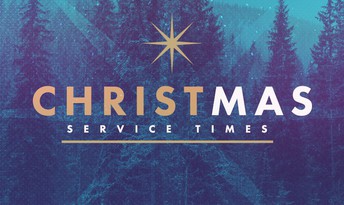 O Come, Let Us Adore Him!

In-Person Worship: December 24th at 4pm, 6pm, and 10pm. Please help us plan for how many people will be in attendance by calling the church office at 262-786-6465, or by emailing us at secretary.bslcnb@gmail.com

Online Worship: The Worship Service will be posted the morning of December 25th.

In-Person Worship: December 25th at 10am 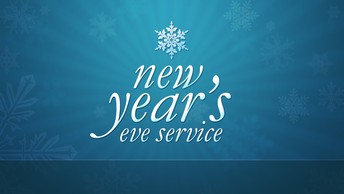 In-Person Worship will be held on Thursday, December 31 at 7pm. 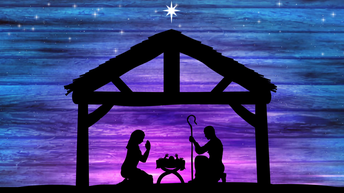 The month of December holds for us the following stories:

December 13 - The Birth of Jesus

December 20 - The Presentation of Jesus

December 27 - The Wise Men from the East

Sunday school families will also work on the hymn "Silent Night, Holy Night". This can be found in the One and All Rejoice hymnal #183. 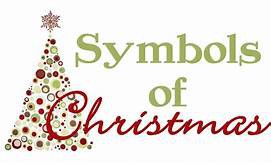 This year our Christmas program will be coming to you in a virtual format! If you have children ages 2-8th grade and would like to participate and haven't seen the email from Jennifer Leinss please email her at jleinss82@gmail.com. This year's program is titled "Symbols of Christmas" and we are asking families to record their part at home and send it to us! We are looking forward to sharing the love of Jesus in this unique way this Christmas! Our Christmas program will be posted on our YouTube channel the week of December 20th! We invite you to watch and celebrate with us! 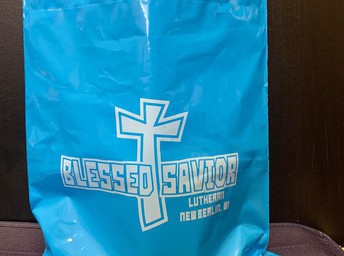 We have put together a package of goodies for each household containing: Advent Devotions, Worship Calendar, offering envelopes, the next quarter of Sunday School lessons and more. Packages will be available for pickup on Saturday, December 5 from 9am-12noon-simply stop at the front doors of church and Jaime and Jennifer will bring it to your car! You can also pick them up at church on Thursday, December 3 and Sunday, December 6. Any packages not picked up will be delivered by one of our Board Members. 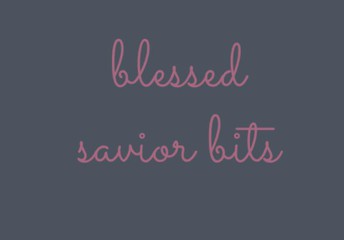 Throughout the week, we post many different things on our YouTube channel, and we wanted one easy way for you to be able to find what has been posted. Each week we're sending out a weekly newsletter called "Blessed Savior Bits", which contains the videos of the week. During the month of December, you'll be able to see: Divine Worship, Jennifer and Jaime with an Advent message, Hump Day Hymns (some of our favorite hymns performed by our members), and Jesus and the J's (a look into some of our not so well known Bible Stories). 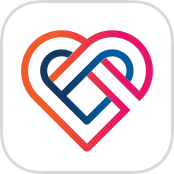 As the holidays approach, we hope that you'll remember our SCRIP program! SCRIP is an ongoing fundraiser, where you can purchase gift cards for various retailers at face value, but the organization gives a portion of that back to our church. There's no extra money out of pocket for you, and the gift cards spend just like cash. They also make great gifts!

There are several ways you can order:

If you have any questions, please contact Jaime Greene. SCRIP is an on-going fundraiser by the Board of Education. All proceeds go to helping families who need additional tuition assistance (both within our preschool and our parochial school members), and to purchase educational items for the church. In the past we have purchased projectors for all the classrooms downstairs, and we are currently working to get better tables for the Sunday School rooms, and room dividers that are easily moved. 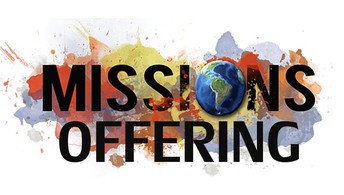 Our Special Missions project for the last quarter of the year 2020 is the ministry to the deaf, specifically the work done at and through “Evangelical Emmanuel Lutheran Congregation to the Deaf". This congregation is located in West Allis (2306 S 98th Street). The Rev. William Palmer has been their pastor for the last 34 years. They minister to all deaf of the Greater Milwaukee area. This is a worthy cause and your gifts to Special Missions will sustain the proclamation of the Gospel in sign language! 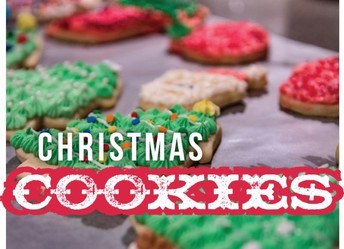 Please see the attached flyer for more information regarding the famous Women's Ministry Cookie Sale on December 12 and 13! 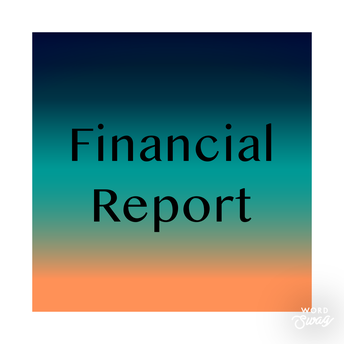 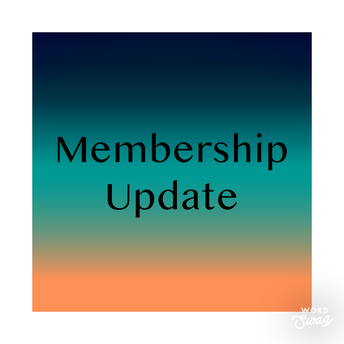 Total Membership at the end of October: 586 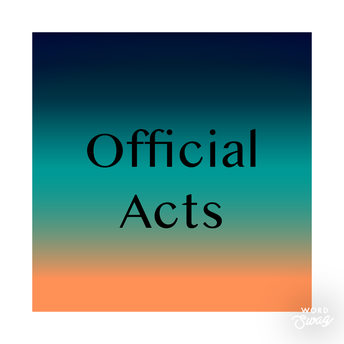 Membership Loss Due to Death:

Blessed is using Smore newsletters to spread the word online.