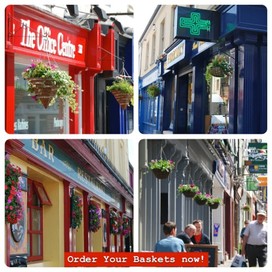 Get email updates from County Carlow:

We are delighted to again be working with Lalor O Shea Accountants in bringing you instant professional analysis of this year's budget.

In a break with tradition Lalor O Shea are pulling out all the stops and delivering a same day budget briefing. Booking essential.

Please join us at 6.30pm in the Seven Oaks Hotel. Refreshments and finger food will be served on arrival and our speakers, Nuala and Sinead will then deliver the briefing.

Sinéad joined the Lalor O’Shea in June 2003. She qualified as a Chartered Accountant in 1995 and subsequently worked in the Tax Departments of Pricewaterhouse Coopers and Glanbia plc. Sinéad is also a member of the Irish Taxation Institute and acts as Senior Tax Manager within Lalor O'Shea. She specialises in income tax and tax consulting on projects such as the sale of development land, revenue audit and estate planning.

Nuala Kenny joined Lalor O’Shea in 2006. Originally from Waterford, Nuala was previously Associate Director (Tax) with KPMG, Dublin where she enjoyed a succession of promotions prior to taking up her post with us. A graduate of the University of Limerick with a BA degree in Law & Accountancy, Nuala is also a qualified Chartered Accountant and a Member of the Institute of Taxation in Ireland.

What impact will the budget have on your business in 2014?

Finance Minister Michael Noonan will deliver his third budget speech to Dáil Éireann. Under the terms of the programme agreed with the EU / IMF / ECB, Ireland is required to adjust downwards its public sector deficit by approximately €2.5 billion in 2014.

This adjustment will be effected by means of a mix of public spending cuts and revenue raising measures.

Join us in the Seven Oaks and book your places now.