Police found a 36 year old man at about 11:30 p.m. inside the kitchen of a home in the 5800 block of North Mobile Avenue on the Far Northwest Side. Police have no one in custody, but they think the attacker might have been injured. Police responded to the scene because a neighbor had called 911 because there was a fight and a noise from a dog barking close by. The police were directed to a home nearby, and that's where they found the 36 year old man in the kitchen stabbed. Another man, 20, was also stabbed to death. The circumstances of the stabbing were not clear early Saturday. He was taken to Swedish Covenant Hospital were he was pronounced dead at 11:55 p.m. 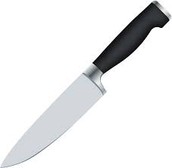