Get email updates from Tania:

What is the story about?

Herman and Rosie live in New York. They both love similiar things. They heard each other sing and play and became good friends. It is a story about not being lonely. It is about friendship.

Singing and playing the oboe

Watching movies about the Ocean

What were their jobs?

Herman worked in an office building. He spent all day on the phone selling things. 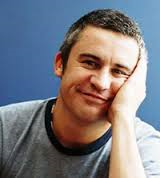 Gordon has written and illustrated over 70 books for children.[1]

He grew up on a farm in northern NSW and, after leaving school, worked on cattle stations all over Australia before deciding to pursue a drawing career. Gordon moved to Sydney and studied at the Julian Ashton School of Art.

Follow Tania Davis
Contact Tania Davis
Embed code is for website/blog and not email. To embed your newsletter in your email, click HERE to see how or reach out to support@smore.com