Change the Learning at CHS!!!!

Change the Learning at CHS!!!!

Students that Want to change their Learning Design

Audience: Students who struggle with the current learning design, want to succeed and earn a 6 digit salary, Teachers who tell their kids to learn everything from your iPad, board members who want their students to succeed ,yet don't realize the importance of math and science, and parents.

Speaker: Students that want to create a overall better teaching environment by initiating a stronger focus on math and science, as well as regaining the teacher interaction that was present before the IPads.

Purpose: Since many kids are struggling at CHS due to the teaching design, there needs to be a change in the design. In the last few years, there has been a noticeable decrease in the overall GPA of the students. Our campaign is to create an environment in which there is more teacher-student interaction and a stronger focus on the subjects Math and Science. 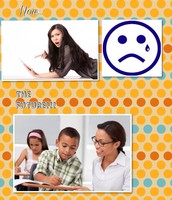 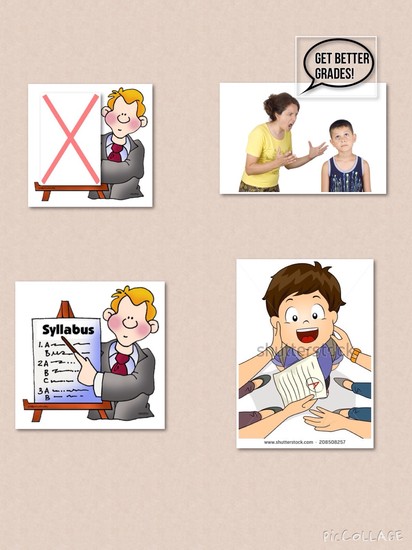 This ad portrays two situations where in one the parent is yelling at the kid for not getting good grades but in the second one the parents are congratulating him for getting an A. This is plain folks appeal because it depicts a typical family situation of the struggle of trying to get the kid to do better in school. As portrayed the child doesn't get good grades when there isn't a syllabus but he gets a good grade when a syllabus is provided.
Propaganda-Math and Science

The School Board and School Students

The television commercial will be shown at a Cisd board meeting. This would be effective because the board members would be able to understand the need of more emphasis on math and science. Also the commercial would air on TNT NBA because the NBA season is just starting and lot of students will watch. Through an informal poll 85% of those surveyed reported that they watch NBA during the first three weeks.

In the television commercial, Plain Folks Appeal is used to effectively demonstrate to students that anyone can become successful in math and science and show the board that they should encourage students to study math and science because they can be like them. Different regular people from different ethnic backgrounds all showed that they can be successful through math and science, allowing the students to believe that they can too. This makes them think they can also be like the other people are just everyday people, and the board thinks that their students can be as successful. Glittering generalities is used to establish the benefits of Math and Science. When it says “brilliant opportunities”, “make you rich” and “magnificent environment”, it immediately creates a strong positive connotation to Math and Science. In the end, this helps bring out the point that emphasis of math and science is ultimately better for the learning environment and will help a student achieve success.

An iPad can only expand a learners knowledge so much. You have to be the one to take it that extra step. It is more important to have a relationship with your students so you can connect with them, this can make it easier for the students to understand the material or ask a question they may not ask otherwise. Often times students may become distracted by something more interesting than learning.

Students can use their iPads for many positive things, but there is also the option of the internet. This can give students easy access to answers they may need, thus leading to laziness and occasionally incorrect information. A one on one bond is much stronger, this can create more comfort for the student making it easier to focus on what they are trying to accomplish.

My audience is the parents with students at Coppell. It is a given that parents would make more of a change than a single student. Parents have the power to discuss with the board or the principal of the school. If more parents get on board, the more likely it will be to increase change in our school.

Both of my techniques were used in my ad. I used testimonial and slogan. As my testimonial I had Hermit the frog from The Muppets use a commonly known meme. This would be put on school related things like sending emails to parents containing the ad. This could persuade parents to feel like they need to make a change in their child's school. 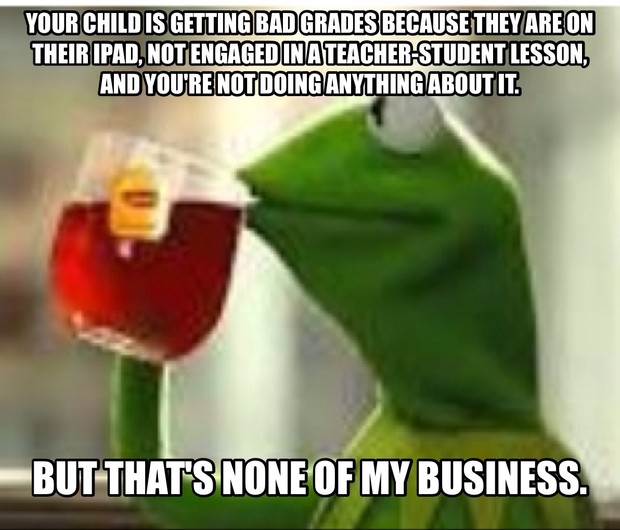