Japanese culture is centered all around nature, they have many nature gardens that they find very beautiful and treat them as sacred places. The Japanese are also known for their exquisite foods such as sushi, rice, and noodles. However, Japan is also known for many more wonderful foods. Japanese art is another big part of their culture. They do art such as Anime and Manga. Anime is animation art while Manga is cartoon art.

A haiku is a form of Japanese poetry written in syllable phrases as 5 syllables, 7 syllables, and 5 syllables. They are usually written about nature.

A tanka is a form of Japanese poetry written in syllabic units of 5,7,5,7,7. They are usually written about nature. 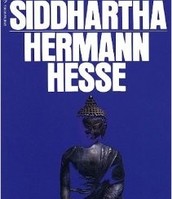 "It is a good thing to experience everything oneself...As a child I learned that pleasures of the world and riches were not good. I have known it for a long time, but I have only just experienced it. Now I know it not only with my intellect, but with my ears, with my heart, with my stomach. It is a good thing that I know this(Chapter 8, pg 80)". This quote shows that it is good for you to experience all things at least once because you will always learn valuable lessons. It will also help you reach enlightenment.

Indian culture is one of the oldest countries in the world beginning about 4,500 years ago. There is no official language in India but many are thought to speak Hindi. 84% of India's population registers as Hindu. Also about 13% of Indians are Muslim. The food in India is based on wheat, rice, and Bengal gram. Their food is rich with my spices and herbs. Although many Indians are vegetarians, chicken and lamb is a big part of the ones who aren't. The Indians are well known for their architecture such as the Taj Mahal. Indian clothing is very extravagant for both men and girls. During the time that the Indian economy was under control of the British, the economy stayed stagnant growing very little.

Hinduism is a religion that originated from India and it is not a very organized religion. Hindu's do not follow a certain set of rules such as the Ten Commandments in Christianity. Some basic Hinduism beliefs are; truth is eternal, The Vedas are the main authority, and that souls can be immortal. Buddhism also originated from India, and the religion is based on Siddhartha Gautama. In Buddhism you seek enlightenment in your life through dharma.

There is no main religion in China because of the atheist communist party rule in China. There are seven major dialect groups spoken in China, however roughly 72% of people speak Mandarin dialects. Chinese cuisine is highly influenced by, stir-fry, peanuts, and sesame. The Chinese are also very well known for their arts, in which many paintings and art portrays Buddhism.