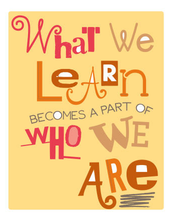 A Note from Ms. Buschmann

Happy New Year! The turning of the calendar always signifies to me a clean start. Although we are continuing our school year, the start of a new semester is a chance to re-dedicate ourselves to meeting our goals and to double down on our efforts to achieve. I hope students have that feeling of hope and encouragement as they tackle this second semester. I encourage you to speak with your student about his or her goals and action plans for achieving them, and help them share those goals with me and their teachers so that we may support them in their efforts.

The character trait of the month for December was Empathy. Students were nominated based upon that trait- the ability to put themselves in another person's shoes. Students were asked to reflect on five statements:

1. I often think about other people's feelings.

2. I don't make fun of other people because I can imagine what it feels like to be in their shoes.

3. I listen to others about what they're going through.

4. I try to understand other people's point of view.

5. I am aware that not everyone reacts to situations the same way I do.

Developing empathy has been recognized as one of the most effective ways to combat bullying. It has also been cited as one of the five fundamental skills for future success and a factor in happiness as an adult. I encourage you to reflect on the above statements and discuss them with your child.

As you can see below, we had many students nominated which is a testament to our fantastic student body. Congratulations to all of the nominees and the four winners. 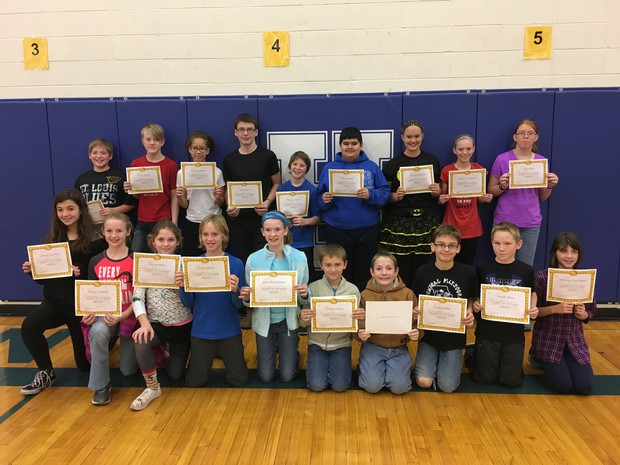 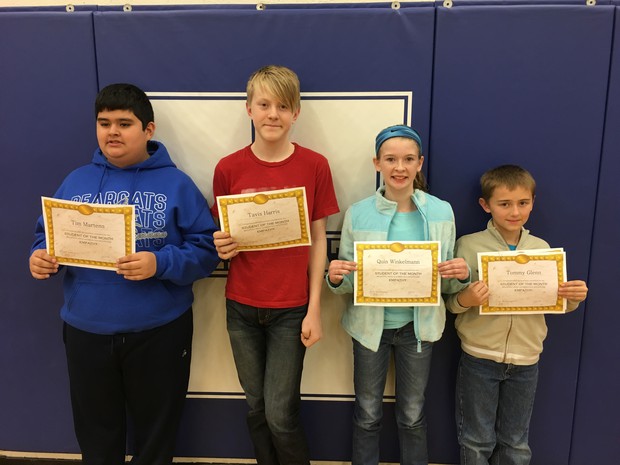 Congratulations Student of the Month Winners

School board members are members of our community who have shown extraordinary dedication to our public schools. School board members work closely with parents, education professionals, and community members to ensure the vision that we have for our schools can be realized. They spend hours agonizing over budgets, policies, and legislative issues and are tasked with making decisions that have a lasting impact on our students and staff.

During the month of January, we take the time to thank the members of the Gasconade County R-1 School District for their time and discernment as well as their demonstration of volunteerism and public service.

A Few Photos from Around HMS this Month

Below are some highlights from the month including 6th grade with their reading buddies in kindergarten, Mrs. Dann's enrichment classes doing a breakout.edu activity, family movie night, Fiona's performance at the assembly, and FCCLA's donation to Community Christmas. 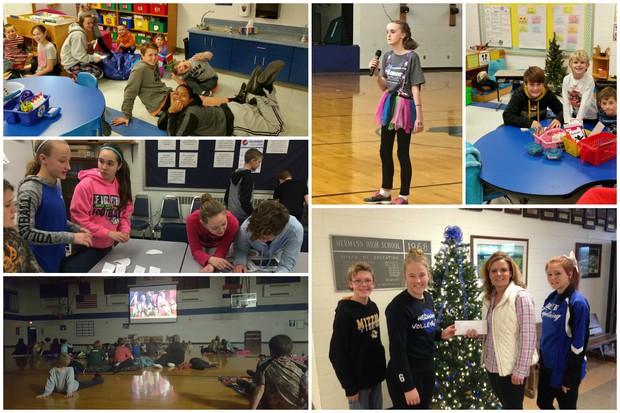 Please keep in mind a couple of easy ways to raise funds for HMS.

2. Shutterfly- start your order at our storefront and 13% of each purchase will be sent to HMS. 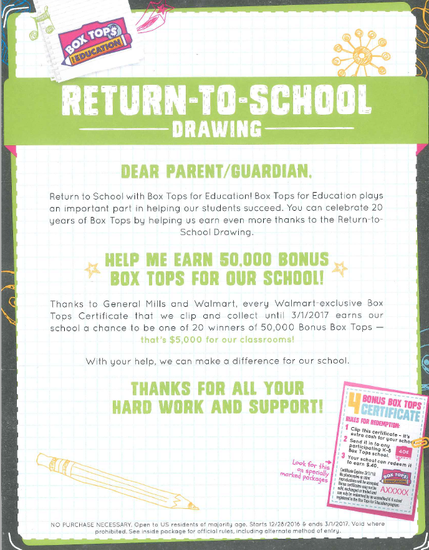