donna is using Smore newsletters to spread the word online.

Get email updates from donna:

the coolest place around

the coolest place around

Wouldn't you like to spend a day in a tropical paradise? Well, Wake island is the perfect place to be. With memorable beaches and its shark free lagoon its the perfect place to be. Wake island is beautiful in every way the lagoon is block off from the sea by an enchanting coral reef which keeps it shark free. Wake island (i think) is wonderful place because it history, wonders, and enchanting waters and I recommend it highly. Wake island is made up of three islands Peale,Wake, and Wikes which was from an underwater volcano and the lagoon is an crator filled with salt water. The island is relay in any danger of natural hazards ( sometimes Typhoons ). Wake island also has some important history to it; for example the " 98 rock" which is a memorial for the 98 U.S prisoners of war who were force to rebuild the airstrip as a slave labor by their Japanese captors, then blind folded and killed by machine guns on October 5, 1943. A prisnor escaped and scratched "98 US PW 5-10-43" on a large coral rock. Sadly the prisnor was recapture and beheaded by the Japanese admiral who was later conditioned and sentenced to death for his war crimes. 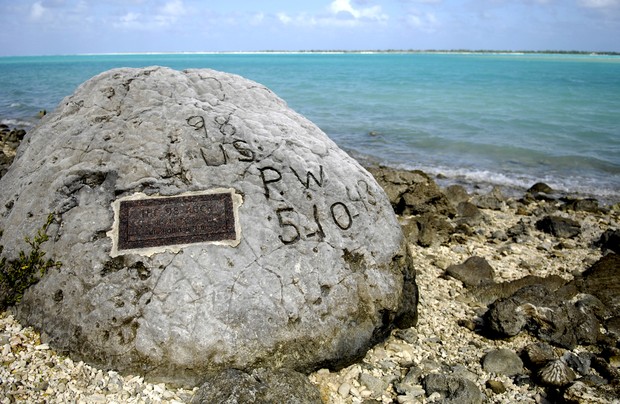 how to get settled

Wake island is rather hard to get to because the air plane strip is strictly only for emergence,but if you were in Guam you could probably get a day trip tour to the island. Also, if you had business there you would be aloud to come if not you would have to get a "Prior Permission Request" filed to use the airship (and will probably be denied). If you do arrive in this wonderful place there are barracks capable of housing 154, are maintained on the island. Doubled-occupancy room are provided for visitors, with VIP quarters sometimes available.

There is a bar and a base dining facility provides meals to those stationed on the island.

I wrote about this island because it always fascinated me. I got all of my information from www.wikitravel.org and www.cia.gov/libray/publication/the-world-factbook/goes.

donna is using Smore newsletters to spread the word online.