Yesmeen is using Smore newsletters to spread the word online.

Get email updates from Yesmeen:

Canada is a highly developed country, which is one of the best places to live in because of its very good working conditions, top quality education, and one of the best health care systems. This economy of Canada's is built through the contribution of many people, including immigrants. People worldwide want to immigrate to Canada for many reasons, like education, uniting with family, job, etc.

Immigrating to Canada is not easy. There is a process which needs to be followed. Before even going through the process, you need to know whether your eligible for applying or not. Canada only accepts people meeting their criteria. The criteria changes over years as many people are immigrating.

Who's allowed to come?

People who want to immigrate to Canada are split in 3 categories.

1. Economic Immigrants- Skilled workers and business class who can contribute to Canada's economy.

2. Family Immigrant- This category is for Canadian citizens who want to reunite with their close family members, children, parents and their spouse.

3. Humanitarians (refugees)-Refugees are people who are mistreated in there home

country. These people are taken to refugee camps.

Canada uses the point system to determine if you're eligible for immigration.

There are 6 factors in the point system.

Click on "Point System". Using the criteria give your self points and determine whether you are eligible or not.

The immigration policies in 2040 will change a lot in Canada. Canada's economy will keep getting better over the years, as technology is advancing rapidly. As a result this will be a very important pull factor for immigration causing the people to immigrate. Canada will want these immigrants, as long as they meet the policies which can get a bit harder because the population of Canada is continuing to grow (looking at the population pyramids the population will increase by about 8 million people). By 2040 the baby booms would have retired and the birth rate would also decrease ,these 2 main factors would lower the population. Therefore more immigrants will be needed in 2040. The level of education and language will be the most essential factors in immigration 2040 because of the advancing economy of Canada. This is how immigrating to Canada will be different in 2040.

Canada is at stage 4 on the demographic transition model.

The current Net Migration rate of Canada is 186 505 for this year. This means that there are 186 505 more people being added to Canada's population after emigration.

The demographic statistics will change but not significantly. Looking at the population pyramids of Canada 2015 and 2040 it is seen that the birth rate will get lower but the death rate will be seen lowering in 2040 this means that life expectancy will grow. Therefore there will be less births, but people will be living longer resulting in an aging population. This can be due to better cure for disease and healthier people. People will be having less children due to busy environment or financial situation, however the birth rate will not change to much ,it will be a small difference. As of now the highest age group with the most people is 50-54, these are the baby booms, but in 2040 these baby boomers would have retired so this causes a decrease in the population but the better health care in 2040 will help stable the population.

The population will be seen growing by approximately 8 million.

This video talks about....

The number of seniors is growing rapidly especially cause we are in the middle of a mini baby boom. Retirees are living longer, the age group 60- 64 is experiencing the fastest increase, this is not good for the working population because we need more experienced workers.

After Watching this Video...

Net Migration: - 13, 278 The emigration Rate is higher than immigration

In 2040 the Birth Rate will decrease a lot, however the life expectancy will increase. Looking at the population pyramids of 2015 and 2040 it is seen that people will be living longer but the there will be less children than now. Despite these changes the population will continue to grow and will grow by about 25 million people.

In future Brazil will look for more immigrants who can help improve their economy. Brazil's immigration will not change as much in 2040 as their policy is fair and there are many chances to get permanent visa/residency in Brazil.

Canada and Brazil's immigration policies are different. Canada has divided its immigrants in 3 categories and has a points system. Brazil has different way you can immigrate but does not divide its immigrants. Canada has lots immigrants and will keep accepting more but not too many but Brazil has said that they are having their doors open for about 3 millions more immigrants. Brazil has also decided to grant many work permits to many people so that they can work and if successful apply for permanent residency. In future Canada will keep increasing the number of immigrants and so will Brazil.

Canada and Brazil both have a big population difference. Canada's population is in the 10 million's whereas Brazil's population is in the 100 millions. The Birth rate of Brazil is higher and the death rate is lower than Canada's. There are more people immigrating in Canada but in Brazil there are more people emigrating. In the future both these countries will lower its birth rate and have a higher life expectancy than now. 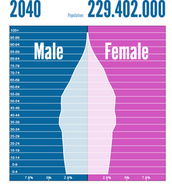 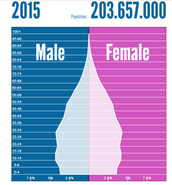 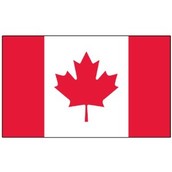 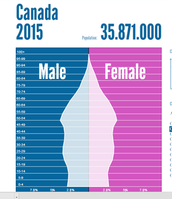 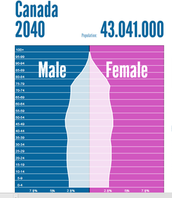 How will my life be different in 2040 (when I'm 40) than the life my parents currently live in Canada?

Yesmeen is using Smore newsletters to spread the word online.